Adams' interest in photography began in 1916, when, during a trip to Yosemite National Park, his parents gave him a Kodak Box Brownie Camera. His camera began to see extensive use beginning in 1920, the year an eighteen-year-old Adams, enchanted with Yosemite, took a summer job as caretaker of the Sierra Club's outpost there. Adams refined his technique over the course of succeeding summers, and, in 1930, embarked upon a career as a professional photographer. As might be expected, many of Adams' best-known images depict Yosemite National Park, though his corpus of work is geographically diverse.

The success of Adams' career can be measured not only in the quality of his work, but also in contributions made and honors won. The artist received a Guggenheim fellowship in 1946, the John Muir Award from the Sierra Club in 1963, the Conservation Service Award from the United States Dept. of the Interior in 1968, and the United States Presidential Medal of Freedom in 1980. Adams died in Carmel, California in 1984.

Adams work may be found in numerous collections including: 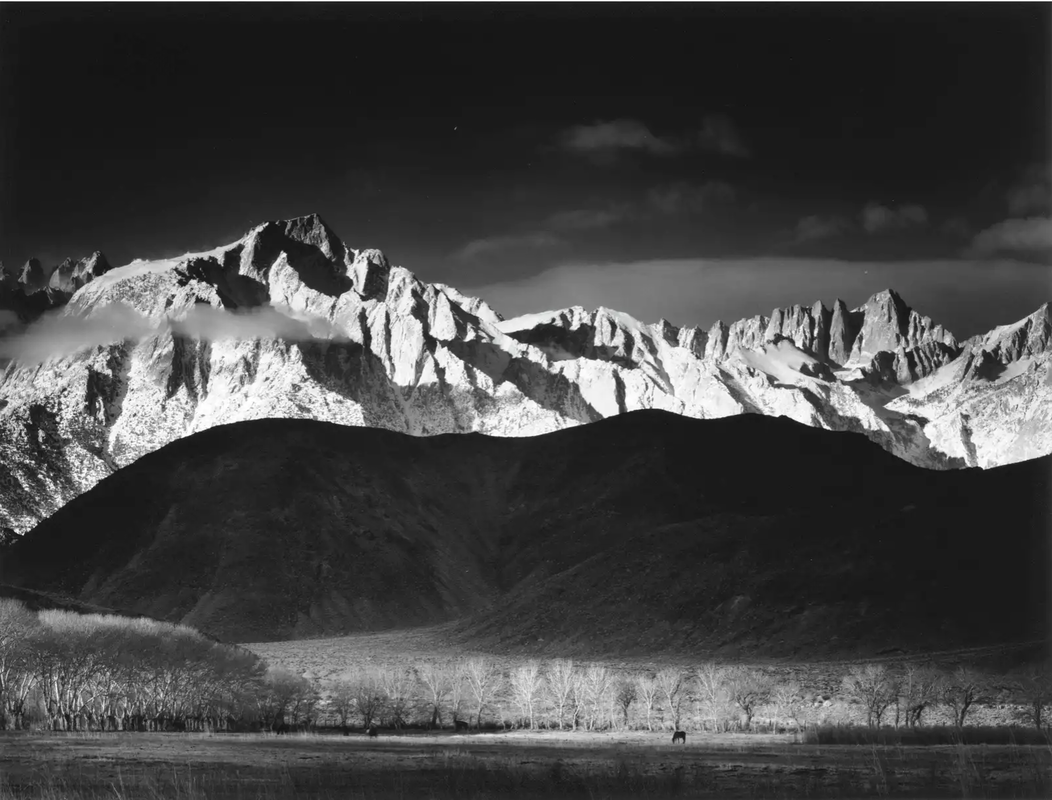