Typified by their breezy lyricism, wherein subjects are transposed into dreamlike settings, Brasilier's images portray a peaceful world with delicate harmonies in composition and color. Though his works reflect the influence of expressionist artists, Brasilier derives inspiration from Japanese prints, and among his favorite themes are pastoral scenes, musical instruments, the sea, women, and horses. A painter, watercolorist, lithographer, and ceramist, Brasilier sought to create a harmony between composition and emotion in each of his works. He defined himself as a "transfigurative" painter, believing that painting was above all a transfiguration of reality as opposed to a realistic translation thereof.

Born to two painters in Saumur, Touraine in the Loire region of France, Andre Brasilier attended the Ecole Nationale Supérieure des Beaux-Arts beginning in 1949. In 1952 he won the Florence Blumenthal Prize, and the following year he won the Prix de Rome Painting Prize. In Rome, he was artist in residency at the Villa Médicis from 1954 to 1957. The State Hermitage Museum in St. Petersburg held a major retrospective honoring the artist's work in 2005. Today he lives and works in Paris. 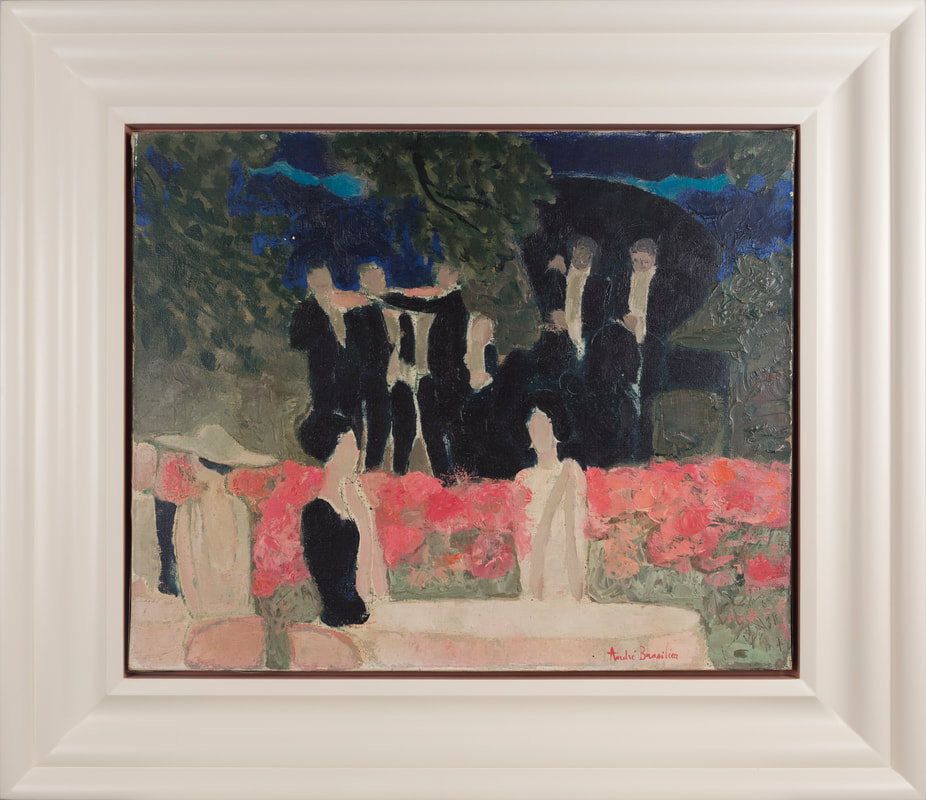