​Theodore Franklin Appleby, Jr., an Abstract Expressionist artist, was born January 28, 1923 in Asbury Park, New Jersey to a very prominent and successful business family well known in Monmouth County. He attended the Pauling School in New York City and studied at the atelier of John Corneal (1938-1939). On December 12, 1942 he enlisted in the United States Marine Corps and saw action in 1945 in the Marshall Islands, namely Kwajalein, Eniwetok, and Engebi. Later he was stationed from 1945-1946 at Yokohama, where he studied Japanese engravings. He remained in the Pacific Theater until his discharge as a Sergeant in 1946.
During a stay in Mexico from 1947-1948 Appleby studied monumental mural painting at St. Michele de Allende University. The following year he went to Paris. He regularly visited the atelier of Fernand Leger and was represented every year from 1950-1952 in the "Salon de Novelles Realitées". Appleby is one of numerous Americans who became part of the post war artistic Parisian scene that included Norman Bluhm, Sam Francis, and Jackson Pollack.
From 1955 to 1961 Appleby was part of group exhibitions in Chicago, Leverkusen, Germany, Lisbon, Portugal, London, England, Paris, France, and others. He also had three solo exhibitions during this period: in 1956 at the Studio Facchetti in Paris; 1957 at the Martha Jackson Gallery in New York City; and in 1959 in Paris, a double exposition with Ralph Stackpole (1885-1973, American sculptor, painter, muralist, etcher, and art educator) at the American Cultural Center. In January 1957 his work was presented at the 62nd American Exposition of Painters and Sculptors at the Chicago Art Institute where he was awarded the Norman Wait Harris Bronze Medal and Prize.
Appleby later moved to the South of France settling in Alba Ardeche until his death in 1987.
​ 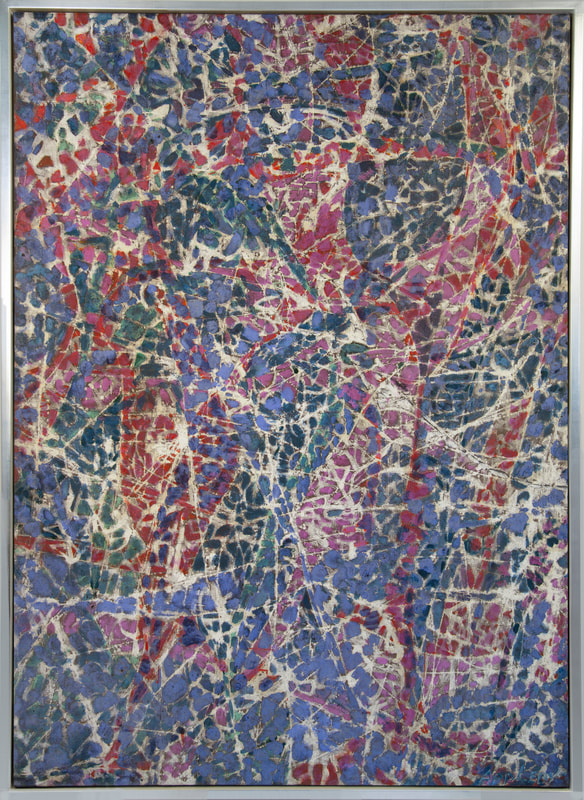