Barone studied at the Art Student League under Frank Dumond, William Merritt Chase, and Francis Luis Mora and the skills he learned from these great artists is especially evident in his portraiture. Antonio Barone moved to Le Roy, New York with family from Italy at the age of seven. He soon befriended the local artist, Ida Taylor, who gave the young boy his early artistic training and encouraged him to enroll in the Art Student's League. Some time around 1909, Barone embarked on a five-month excursion to Europe, where he traveled to London, Holland, Belgium and Paris and was inspired by the works of Frans Hals. Upon his return, Barone settled into his studio on West 57th Street, continued his studies at the Art Student's League and exhibited regularly alongside Edward Dufner. Most of his work during this time was in a dark, tonal palette and depicted scenes from the Lower East Side, women and children, and portraits epitomizing the images of genteel classic beauty. By 1923, Barone ceased exhibiting his paintings regularly, and turned his focus towards murals with skills he learned from Ezra Winter. His commissions included the main ceiling of the Bank of New York and Trust Company, six panels for the New York Athletic Club, the Westbury Theater, and the Executive Offices of the Union Indemnity Company, as well as paintings for private homes and patrons. 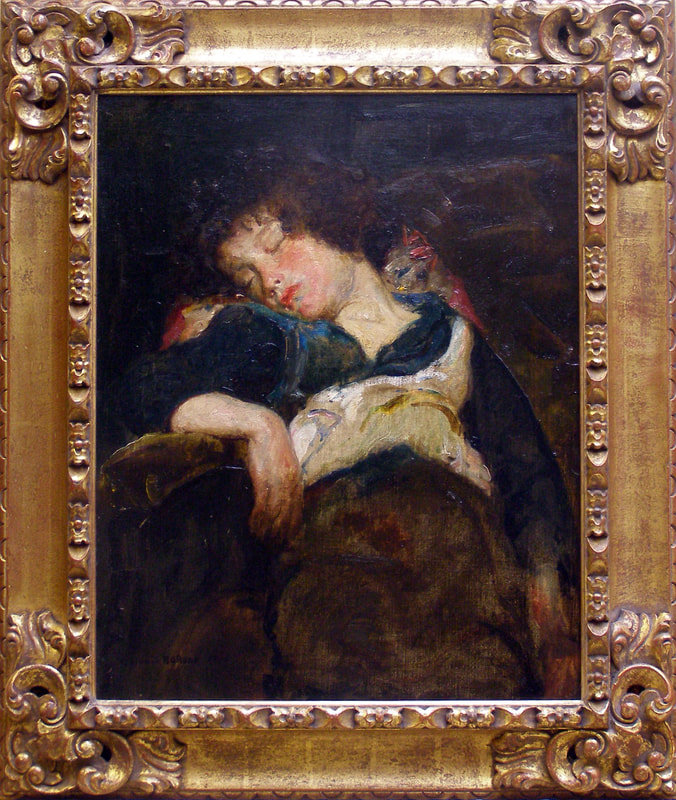