​Binet exhibited in France and London and was known as an established landscape painter of the time. Binet was exposed to the leading avant garde artists of his time and was greatly influenced by and worked with Constant Troyon, who along with Jules Dupre and Narcisse Diaz, formed the nucleus of the Barbizon School.  The Barbizon School artists roamed the French countryside and the Fontainbleau Forest in search of untrammeled rural environments for their subject matter.  Their work was marked by herds of cows, sheep at their watering places and peasants tending to animals and farming.  Stylistically, their brushwork used a heavy impasto and a palette that was centered on the natural dark greens of the forest, the earth colors of the soil and the kaleidoscopic colors of the sky. From the middle of the 1800s, Normandy, Brittany, Barbizon and Fontainebleau served as destinations for artists who were attempting to break away from the academic tradition of painting, which limited the artist to portraiture, historical and religious subject matter. They sought to leave the ateliers and work out-of-doors, en plein air.  These areas, not so far from Paris, provided the beautiful country landscape of luscious, romantic forests and the hills and valleys that lead to the rugged coastline. The construction of railroads during the second half of the century facilitated movement away from the cities. Here, artists discovered the common man and nature, as it really existed, not as an idealization. 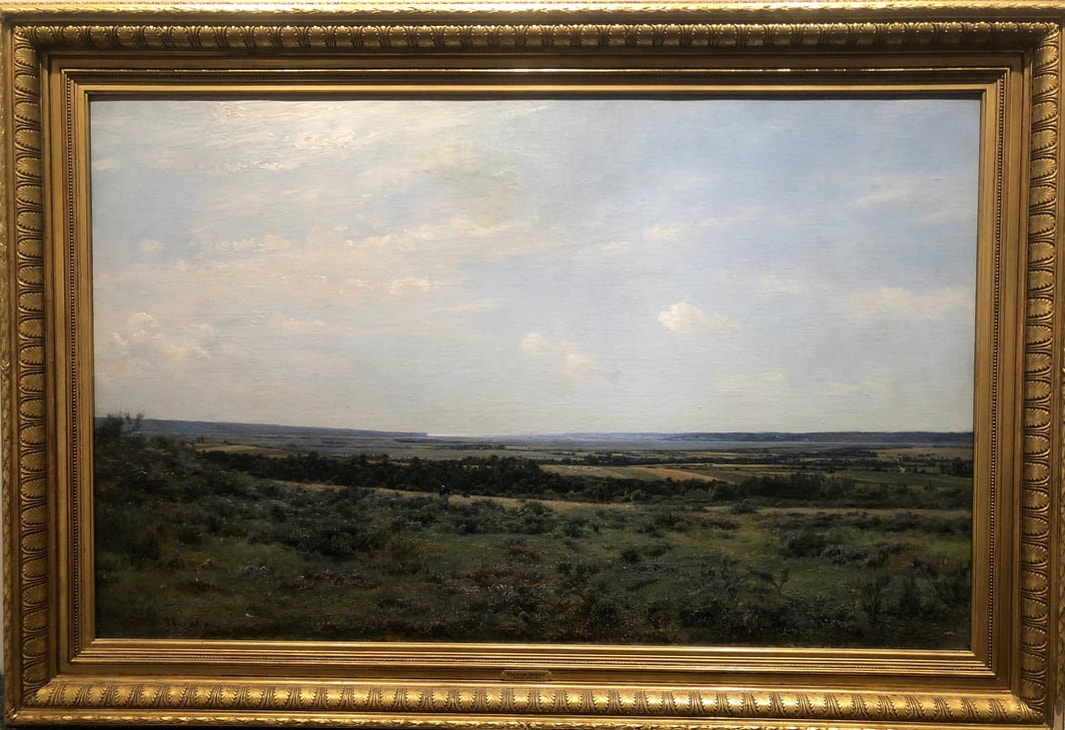