James Brooks was a leading member of the New York School of Abstract Expressionism, working with artists such as Pollock, Lee Krasner, Philip Guston and Bradley Walker Tomlin.
Born in St. Louis Missouri in 1906, Brooks moved around frequently as a child, settling in New York City in 1926.  There, he worked as a commercial artist to fund his night classes with Boardman Robinson and Kimon Nicolaides at the Art Students League. Brooks began exhibiting paintings and prints in a social realist style in various group shows around New York in the early 1930s. He executed three murals for the WPA Federal Art Project between 1936 and 1942, during which time he met the painters Jackson Pollock and Philip Guston. His best-known mural, Flight, runs 235 feet around the rotunda of the Marine Air Terminal at La Guardia Airport in Queens.
In the summer of 1948, his style shifted, after being inspired by the backs of canvases, and the random happenings and shapes that occurred when he glued paintings on with black paste. His first solo exhibition at Peridot Gallery in New York, featured this type of work – with drips and stains and a more fluid abstract sensibility than his earlier Braque and Picasso inspired pieces. These expansive pieces seem to defy gravity, evoking a sense of bodies floating in space or fluid. His use of black creates a ground upon which these forms move and surge and speak to one another.
Because of his service in the armed forces, he was unable to participate in Peggy Gugggnheim’s  ‘Art of This Century Gallery’ exhibitions, but nevertheless, he was considered by all to be a member of the first generation Abstract Expressionists. He was a part of the infamous, artist-organized Ninth Street Exhibition in 1951, which included work from Pollock, Motherwell, Hans Hofmann, Franz Kline, and Willem de Kooning.
Although he distanced himself from the Abstract Expressionist movement in the latter half of his career, Brooks remained tied to its understanding of painting as a process of self-discovery. He explained that “[a painting] has a life of its own…it also is an invigorating thing in the life of the painter, for when it supersedes him or his thought, it leads him to new places that he attaches to the painting but actually is himself that he never knew before.”(James Brooks, as quoted by Mintz Messigner, James Brooks : A Quarter Century of Work (Huntington, New York : The Heckscher Museum, 1988), 7.) 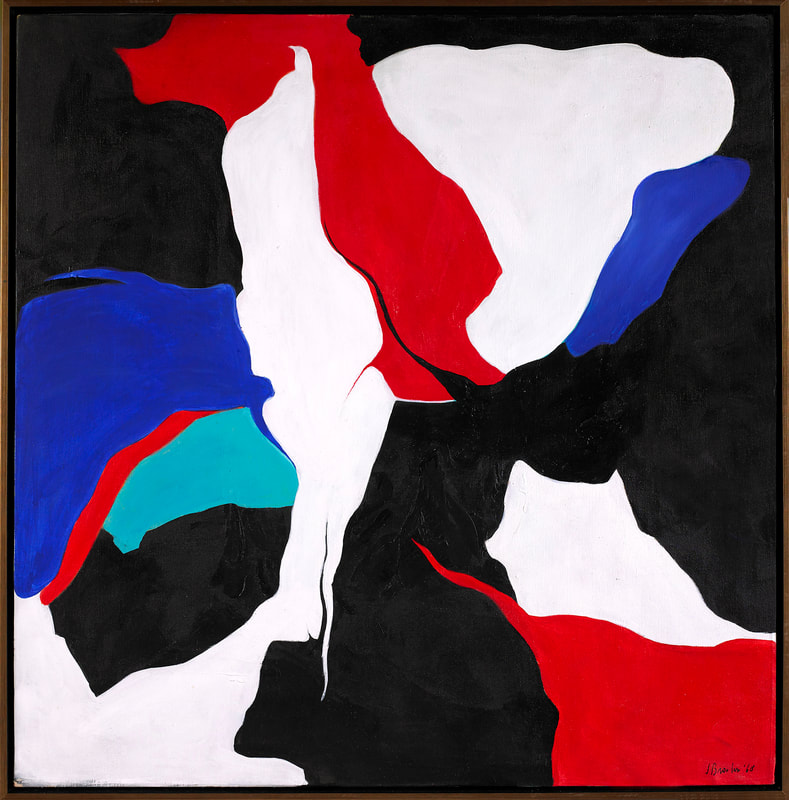