​Howard Chandler Christy was born on January 10, 1872, in Ohio. He spent his youth on his parents' farm near Duncan Falls. In 1890, he moved to New York City for formal training as an artist.  He studied under William Merritt Chase, who encouraged his students to paint subjects in a realistic manner. Christy adopted this realistic style and soon began illustrating books and magazine articles. Because of his success as an illustrator, Christy managed to open his own studio where he painted portraits and landscapes.

Christy became a well-known artist due to his involvement in the Spanish-American War, where he accompanied troups into battle. He provided magazines, such as Scribner's, Harper's, The Century, and Leslie's Weekly, with illustrations of battle scenes. After the war, Christy became famous for his artwork depicting a young woman, known as the "Christy Girl." Christy once stated that the "Christy Girl" was "High-bred, aristocratic and dainty though not always silken-skirted; a woman with tremendous self-respect." He used her image in books, magazines, calendars, and even patriotic posters.

Over the next decade, Christy emerged as one of America's most popular artists and illustrators. He returned to his childhood home in Ohio and opened his own studio. His fame continued to grow during the 1910s. He returned to New York and opened a studio in 1915. During World War I, he drew posters encouraging his fellow Americans to support the war effort.

Howard Chandler Christy died peacefully at the age of 80 in 1952, in his beloved studio apartment at the Hotel des Artistes in NYC.
​ 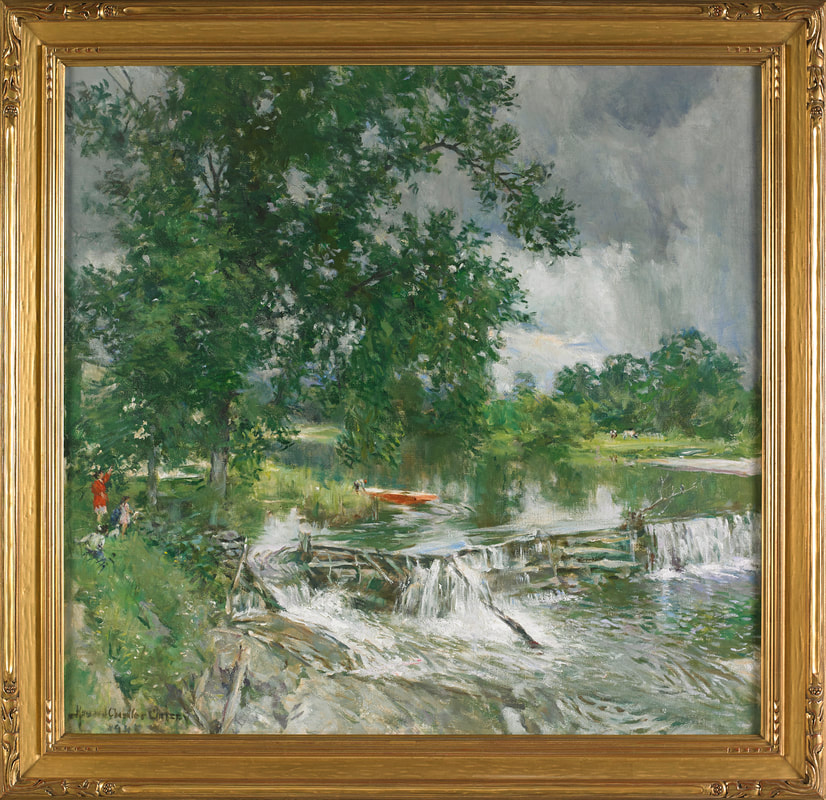