Born in 1902 in Montevideo, Uruguay, Costigliolo studied at the “Circulo de Bellas Artes” from 1921-1925 under masters such as Vicente Puig and Guillermo Laborde. From 1929-1946, he explored graphic design, muralism, and Planism.  Costigliolo’s constructive art is also in dialogue with its 1917 Russian counterpart, which, under artists such as Kazimir Malevich and El Lissitzky, led the way to an examination of abstract elements as the picture frame, line, and color. Finally, in 1950, Costigliolo entered his Structural phase, painting oil and vinyl works that consisted of orthogonal structures free from iconic referent.

By manipulating size, direction, and color density, Costigliolo formed asymmetrical groups of elements to convey energetic compositions. Using only an acrylic medium, Costigliolo’s constant variation on the size of elements, limited to squares, triangles, and rectangles, became progressively simpler after 1964, conveying a strict order and total concentration on the inner workings of the components.

Later works also incorporate black shapes, adding to a sense of aggressiveness between shapes and colors.  Repetition of floating shapes accumulates to create a system of permanent rhythm in perpetual mutation, an effect enhanced by the increased space between the rectangles and attained by positioning elements in different directions.
​ 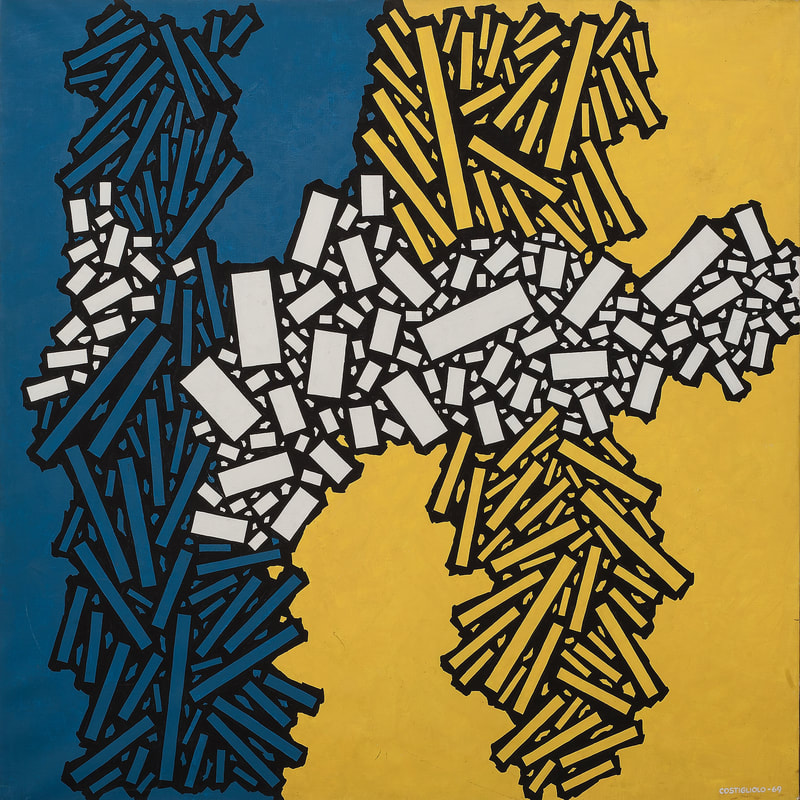