Belle Klauber Cramer was born on August 11, 1883 in New York City. In 1906, at the age of 22, she married German native William Cramer and they established residence in Edinburgh, Scotland where he was a physician.

Early in life, Belle Cramer trained as a pianist and began her formal art education at the Edinburgh College of Art, where she studied from 1909 to 1915.  She continued her studies both privately and at the Massy Art School in London. Beginning in 1918, Cramer began exhibiting at the London galleries and as part of The London Group, a progressive artist-led society founded in1913.

After 24 years in London, in 1939 the Cramers moved to St. Louis for Dr. Cramer’s new position in research at the Barnard Free Skin and Cancer Hospital.  Belle first began exhibiting in St. Louis just after her arrival when she was accepted into a juried exhibition at the St. Louis Art Museum in November, 1940. Her first solo exhibition took place at the Eleanor Smith Galleries in 1941.  She exhibited for nearly 40 years at various galleries and at the St. Louis Artists Guild. By 1971 she had become “the Grande Dame of St. Louis painters” as described in the Bulletin of the St. Louis Art Museum upon acceptance of one of her paintings into the permanent collection.

Cramer was a singular and beloved figure in the St. Louis art world during her nearly 40 years in the community.  After her husband’s death just 5 years after they arrived, Cramer continued to build a meaningful life in her adopted midwestern city impacting countless art enthusiasts, collectors, institutions, colleagues and students as she devoted herself to studies, painting and teaching.

Her numerous group exhibitions include those with The Group 15 – a progressive St. Louis artist collective whose number included luminaries of the mid-century art community at the time:  Fred Becker, Paul Burlin, Fred Conway, Werner Drewes, William Fett, Charles Quest, E. Oscar Thalinger and Carly Holty.   Cramer is known to have feted guests with fabulous salon-style art showings in her Delmar Avenue apartment.  She was friends of Joseph Pulitzer, Jr.  One of her 1950 New York exhibits was reviewed by Aline Saarinen who called the paintings “joyous, sensitive and imaginative.” 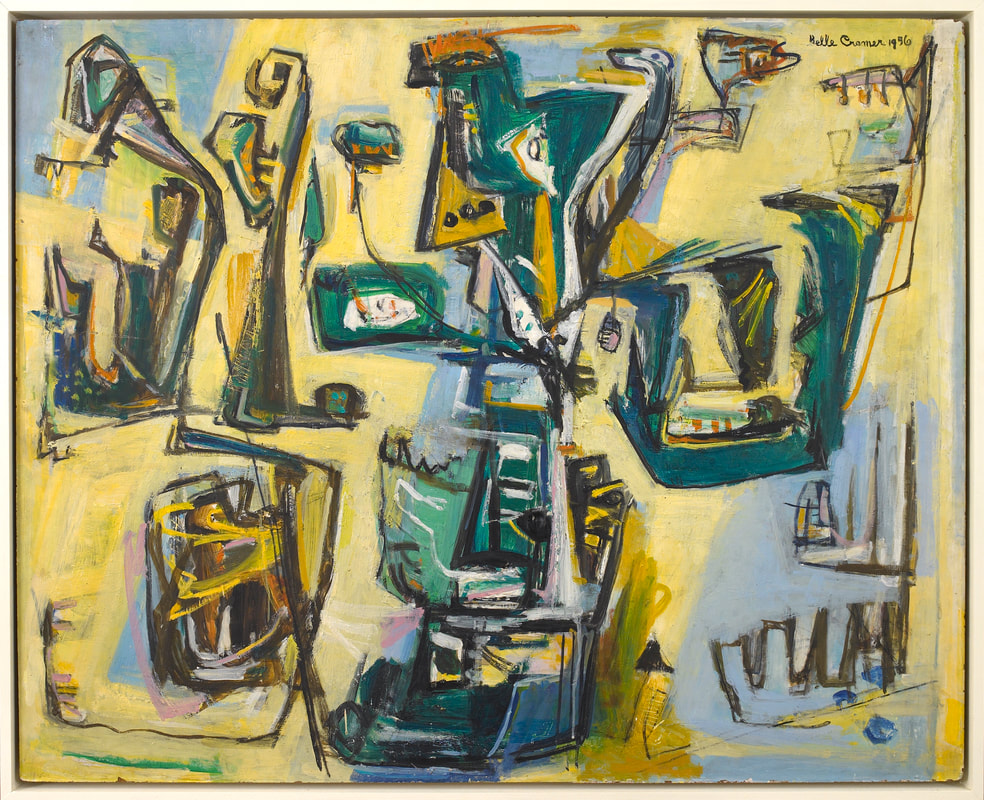