Davis was born in Washington, D.C. in 1920.  Spending most of his life there, he started painting at a very young age, as the artist himself explains to Buck Pennington in an interview:

"I believe -- when I was eight, nine years old, somewhere in that vicinity, I used to do little childlike drawings and I sent them in to the Washington Post's"Children's Page" -- they had a regular "Children's Page" -- and they thought enough of them to publish several of them, one of which won a $1 prize, which was the thrill of a lifetime, of course, in those days.  So my interest in visual art goes back to early childhood.  And then I took -- I guess it was about a two- or three-hour-a-day drawing course, three times a week, in high school. . . . But then there was a long hiatus there, where I was in the writing "

At the age of 19 his first writing job was as a sports writer for the Washington Daily News, a paper that no longer exists.  Between 1945 and 1950, Davis wrote for Transradio Press, covering the end of WWII as well as the Truman administration. He earned a living as a writer for close to 35 years before he felt successful enough as an artist to quit his job and to paint full-time in 1968.

Davis' interest in art was revitalized in the 1950s when he visited the Washington Workshop and worked with Jacob Kainen, whom he regards as his guide and mentor.

During his experiments of the 1950s, Davis produced irregularly shaped masonite panels and panels embedded with rocks and gravel.  One work featured a Peanuts comic strip covered with blue and white stripes.  Davis is perhaps best known for his edge-to-edge paintings of vertical stripes, which he first began to produce in 1958.  That first stripe painting, considered at the time a maverick work, was approximately 12 by 8 inches, with straight yellow, pink and violet stripes, of uneven width, but alternating with regularity.

From this prototype, Davis has continued to paint variations of different sizes.  His micro-paintings of the mid-1960s were no more than two inches square, and were commonly grouped together on one wall.  More often, Davis chooses a large canvas or mural, such as South Mall Project for the New York State Capitol, executed in 1969.

In the larger paintings, Davis uses interval and color to create complex rhythms and sequences of stripes.  The stripes themselves vary in width from one-half inch to eight inches.

Davis considers the vertical stripe as a vehicle for color that follows no preexisting chromatic scale.  By varying the hue and intensity of the stripes, Davis creates a sense of a figure on a ground, as in Red Screamer (1968, Des Moines Art Center).

Of the stripes, he has written, "There is no simpler way to divide a canvas than with straight lines at equal intervals.  This enables the viewer to forget the structure and see the color itself."

Davis has taught at the Corcoran School of Art in Washington, D.C., and at various other institutions.

As a member of the Washington School of Color Field Painters, he was among peers who became famous such as Morris Louis and Kenneth Noland, all of whom created variations of striped images, frequently in large scale.

Gene Davis stated, "I've been an abstractionist from the beginning -- which is unusual.  I've never been a realist artist.  So I have -- I've had no formal training.  I haven't studied from the model.  I haven't gone through the usual classical training at all.  I just bypassed that entire issue.  And I'm not sorry.  My art doesn't really require it.  I'm a little unusual in that regard, because most artists who are as well known as I am have got all the credentials, not to speak of an M.F.A. or some thing like that. Or at least they've got formal training. I don't have any formal training." 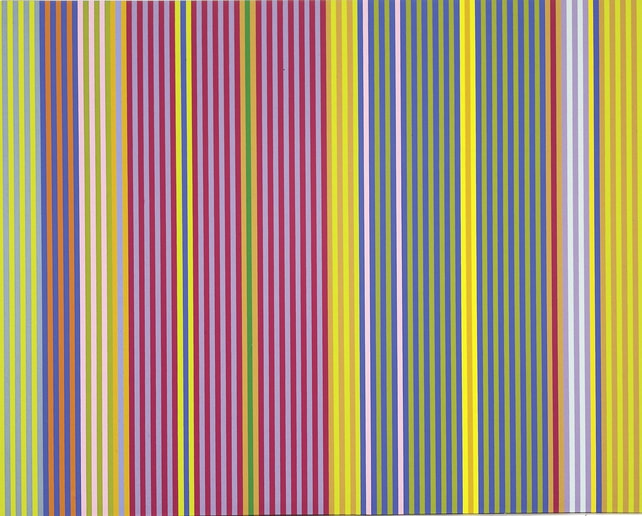 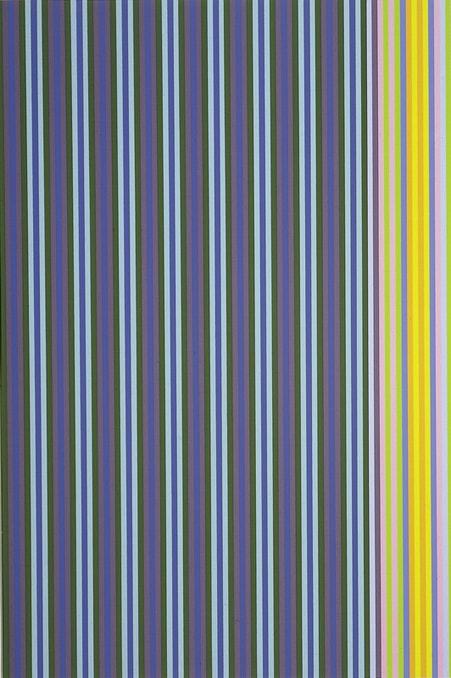 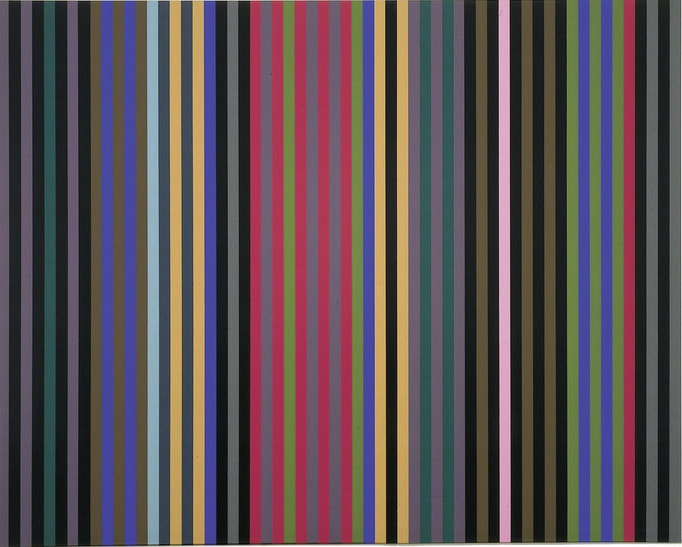 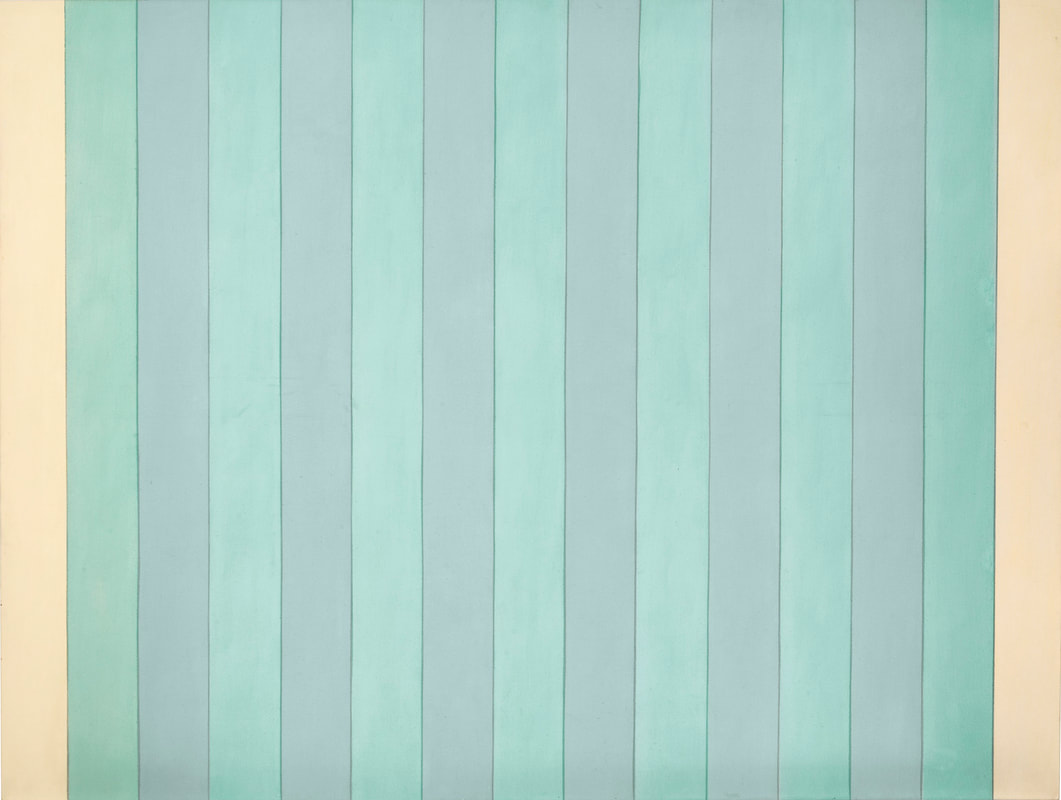 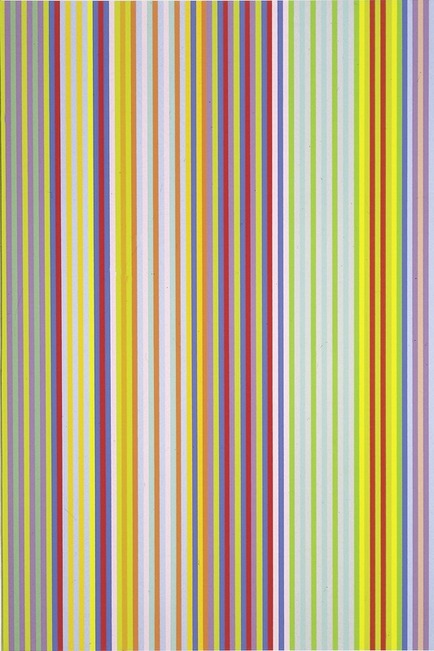 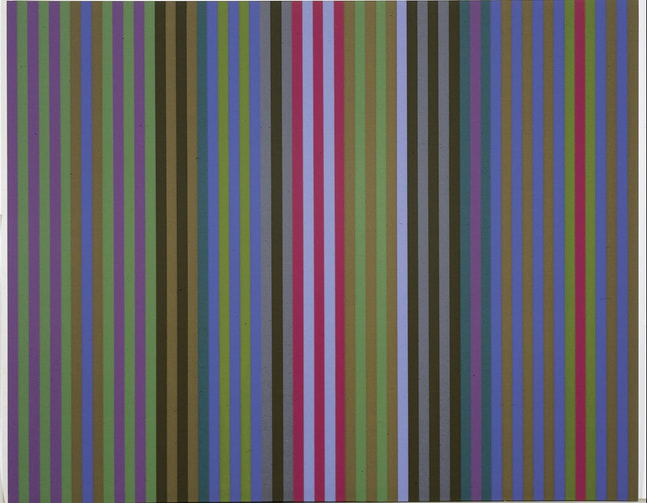 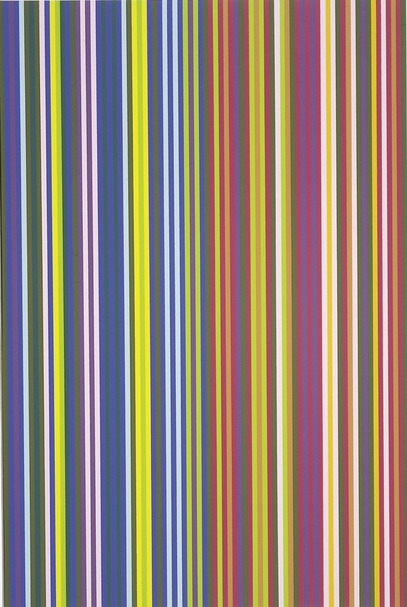 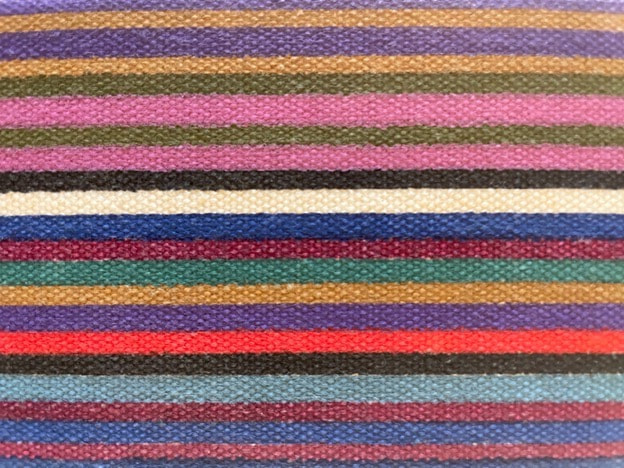