Georges-Daniel de Monfreid, French painter, sculptor, engraver, and art collector, was born in New York but spent his childhood in the south of France. Early on having decided on a lifetime career in the arts, he enrolled at the Académie Julian where he formed long lasting relationships with Paul Gauguin, Verlaine, and Aristide Maillol. At first his work was Impressionist and Neo-Impressionist both in style and composition, but his close association with Les Nabis group directed his style in the direction of Gauguin.
If one did not know who painted our work, Gauguin would be an appropriate guess.  The vibrant use of reds and purples was particular to Gauguin's palette.  De Monfreid was a close friend of Gauguin's, which is quite unusual in itself, as Gauguin was a loner with very few close friends.  De Monfreid was known to do figural works, landscapes, nudes and still lifes.  Our piece is highly sophisticated and reflects de Monfreid's passionate temperament.

After Gauguin's death, de Monfreid donated both of his own Gauguin works to the Louvre in honor of his good friend. 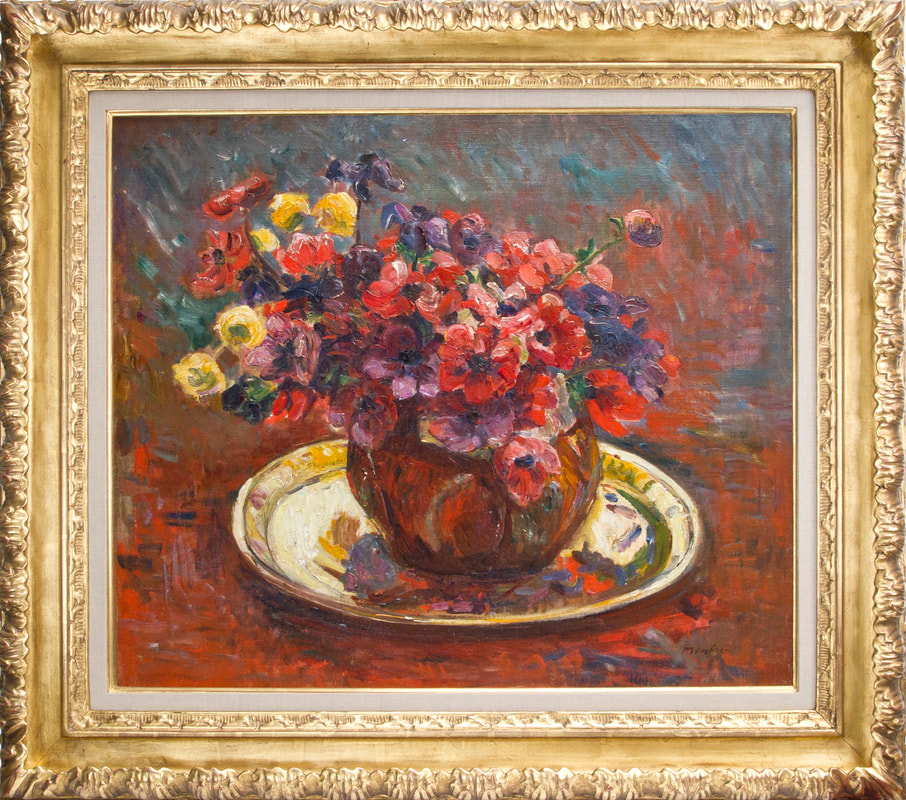