​French painter, illustrator and stage designer, disdaining the traditional art schools, Georges d'Espagnat studied part-time at the Académie Colarossi in Paris under Gustave-Claude-Etienne Courtois (1852-1923) and Jean-André Rixens (1846-1924) but was mostly self-taught.  In 1891 he exhibited at the Salon des Refusés and the following year at the Salon des Indépendants.  His early works, such as Suburban Railway (c. 1895; Paris, Mus. d'Orsay), showed a strong debt to Impressionism.  He was a friend of Renoir as well as of Paul Signac, Henri Edmond Cross, Louis Valtat and later Maurice Denis, Bonnard and Vuillard.

In 1898 he visited Morocco where he painted such works as Moroccan Horseman (1898; see Cailler, p. 7).  After his return to France, he concentrated on studies from nature, paintings of women, children and flowers and decorative projects for private patrons.  In 1904 he exhibited at the Salon d'Automne, becoming its Vice-President in 1935.  Between 1905 and 1910 he made several trips with Valtat to visit Renoir on the Côte d'Azur as well as traveling to Spain, Italy, Portugal, Britain, Germany and elsewhere.  In 1906 he illustrated Remy de Gourmont's book Sixtine, published in Paris. In the early 1910s he painted a number of portraits including several musician friends, including Albert Roussel (1912; see Cailler, p. 13), by which time his work was more simplified, fluid and intimate.  In 1914 he provided the decor for a production of Alfred de Musset's play Fantasio at the Théâtre de Batignolles in Paris.

After working in a camouflage unit during World War I, in 1920 d'Espagnat bought a country house in the Quercy region and over the next decade painted numerous landscapes and interiors there (e.g. Interior, 1925; Metz, Mus. A. & Hist.).  During the 1930s he worked in various media.  He illustrated Alphonse Daudet's L'Immortel (Paris, 1930) and also produced theatre designs.  In 1936 he decorated the Mairie in Vincennes; in 1938 the Palais de Justice in Toulouse and in 1939 the ceiling of the Salle Victor Hugo in the Palais du Luxembourg in Paris.  Ironically, considering his earlier attitudes, from 1936 to 1940 he was a professor at the Ecole des Beaux-Arts in Paris.  Though disrupted by World War II, he continued to paint until his death and with his pupil Suzanne Humbert, illustrated Francis Jammes's Clairières dans le ciel, 1902-1906 (Paris, 1948). 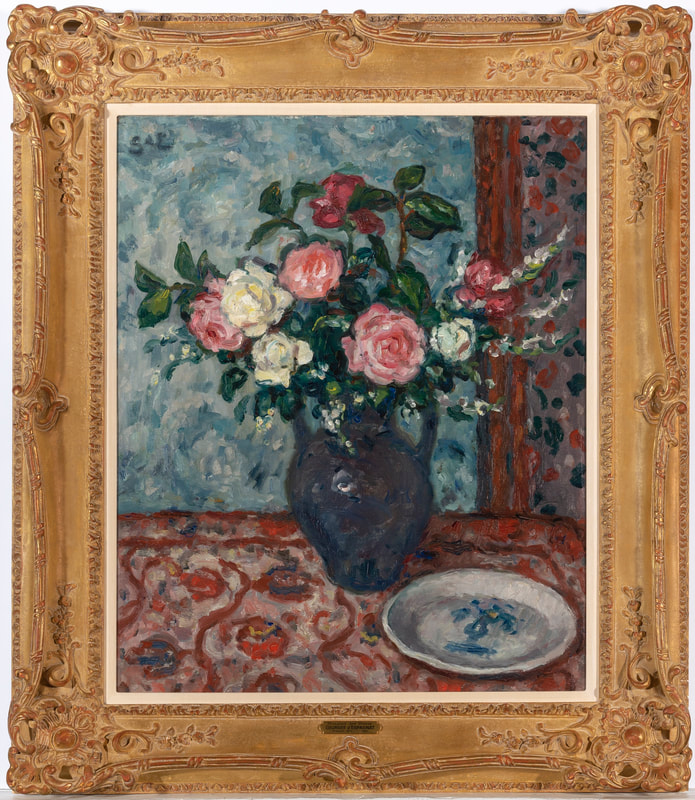