​A lithographer, etcher and painter, Ernest Fiene worked primarily in New York City and Woodstock New York. He is best known for New York City views, and landscapes. Born in Elberfeld, Germany, he emigrated to the United States in 1912 to avoid military service, and studied at the National Academy at the Beaux-Arts Institute. In 1923, Fiene studied printmaking at the Art Students League of New York, and in the late 1920s in Paris. In 1923, he had his first solo show at the Whitney Studio Club. The show was successful, and he secured an art dealer. His work was decidedly modern, depicting modern life and industry through color, shape and precisionism.

From 1928 to 1929 Fiene studied in Paris and traveled in France. In 1932, he was awarded a Guggenheim Fellowship which allowed him to study mural painting in Italy. Fiene was hired in 1940, along with eight other prominent American artists, to document dramatic scenes and characters during the production of the film The Long Voyage Home, a cinematic adaptation of Eugene O'Neill's plays

Fiene returned to the Art Students League in 1948, where he taught classes in painting and drawing. In 1952 he became a full Academician in the National Academy of Design, and served on the faculty of the Famous Artists School in Westport, Connecticut during the 1950s. He died in Paris in 1965. 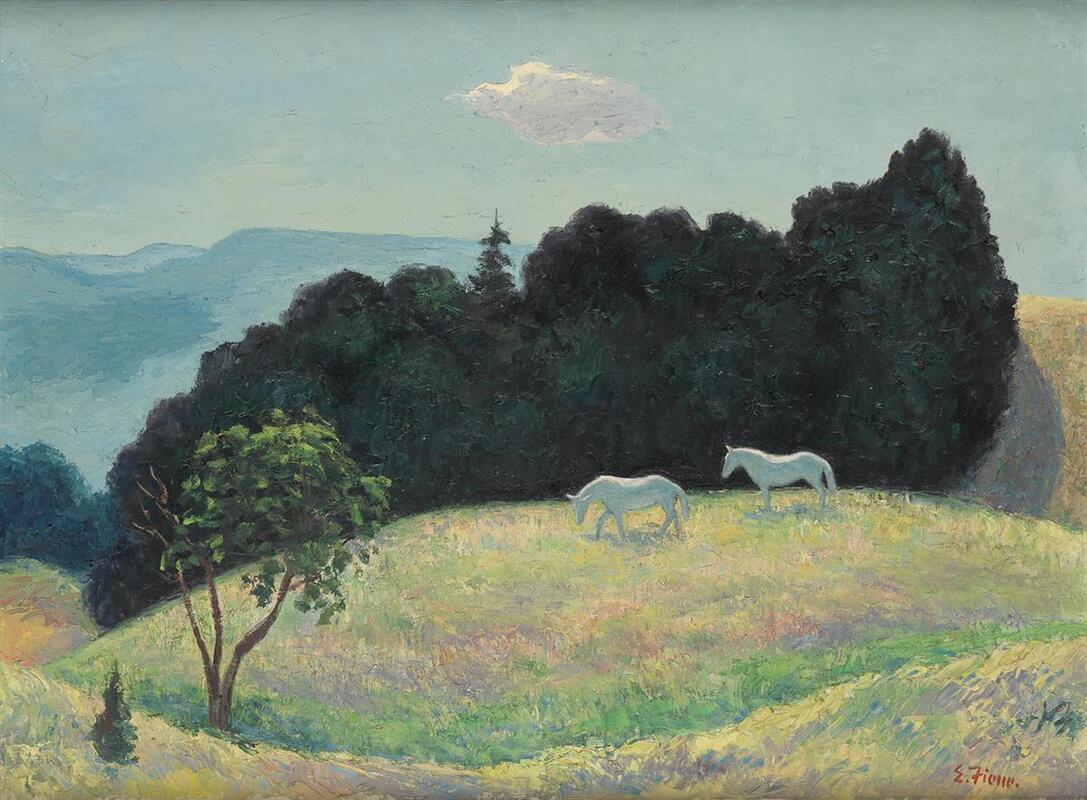