Artist Seymour Fogel is recognized as a leader in the abstract art movement and a key figure in Texas Modernism. Fogel was born in New York City in 1911 to Eastern European immigrant parents. He studied at the Art Students League and at the National Academy of Design under George Bridgeman and Leon Kroll.

In the early 1930s he served as an apprentice to legendary Mexican muralist, Diego Rivera, who was then at work on his controversial Rockefeller Center mural. It was from Rivera that Fogel
learned the art of mural painting. In the late 30s and 40s Fogel was awarded several commissions from the US government to execute murals throughout the country, among them murals at the Abraham Lincoln High School in Brooklyn, New York, the WPA Building at the 1939-1940 New York World’s Fair, the U.S. Post Office in Safford, Arizona, and two murals in what was then the Social Security Building in Washington, D.C. Over the course of his career, Fogel became a noted twentieth century muralist, executing 22 murals and winning numerous art commissions and competitions.

As World War II raged and the WPA arts programs folded, by 1943, Fogel felt the need for a change of direction. His works from this period are inspired by European modernists like Picasso and Mondrian, yet reflect the artist’s unique style.

In 1946 Fogel accepted a teaching position at the University of Texas at Austin and became one of the founding artists of the Texas Modernist Movement. During this period he devoted himself solely to abstract, non-representational art and executed what many consider to be the very first abstract mural in the State of Texas at the American National Bank in Austin in 1953. Other murals and public works of art completed in the late 1940s and 1950s include the Baptist Student Center at the University of Texas, and the Petroleum Club and First Christian Church in Houston.  Fogel’s Texas murals were among the first totally abstract examples of the genre in the state.

While at the University of Texas, Fogel initiated a new course on the integration of art and architecture. This course would merit the University’s first Rome Prize, an award for innovative, cross-disciplinary work in the arts and humanities.

Fogel relocated to the Connecticut-New York area in 1959 and continued the Abstract Expressionism he had begun exploring in Texas. He experimented with various texturing media for his paintings, the most enduring of which was sand. In 1966 he was awarded a mural at the U.S. Federal Building in Fort Worth, Texas. The work, entitled “The Challenge of Space”, was a milestone in his artistic career and ushered in what has been termed the Transcendental/Atavistic period of his art, a style he pursued up to his death in 1984. Painted and raw wood sculpture was also reflective of this style.

By the time of his death in 1984, Seymour Fogel had made significant contributions to the abstract art movement and made his mark as a Texas Modernist. 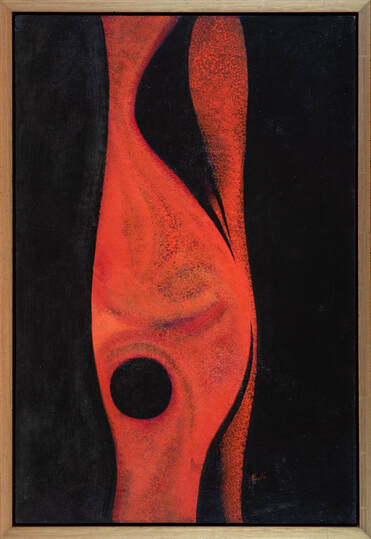 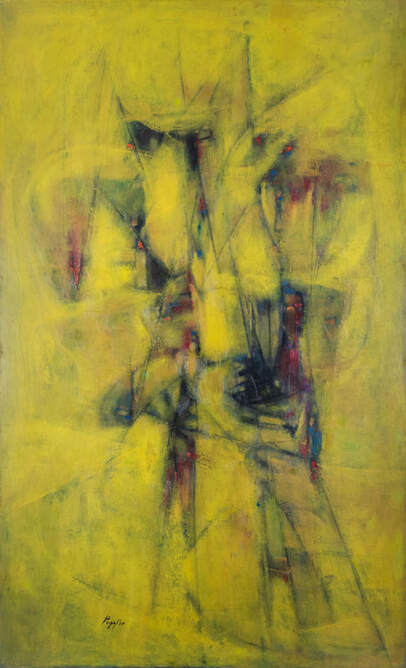 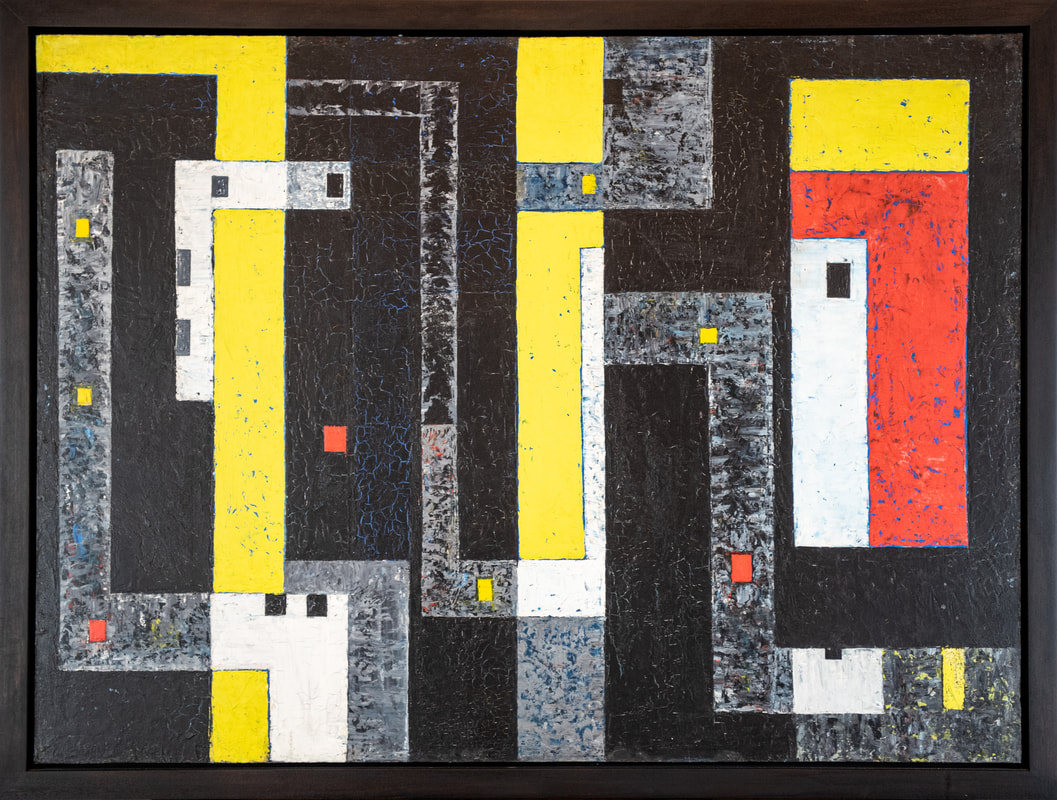 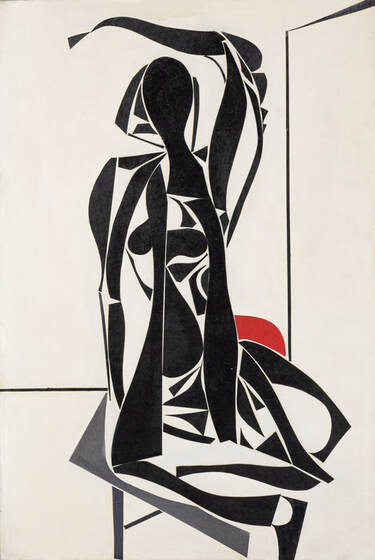 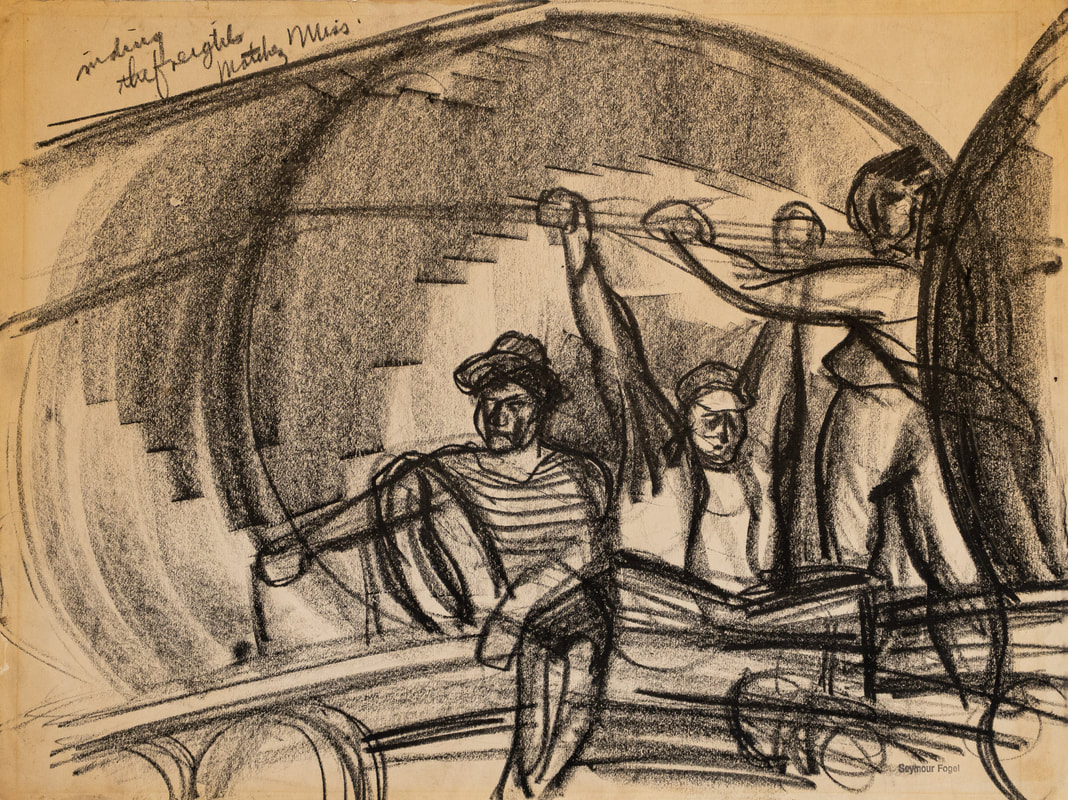