Norbert Goeneutte was born in Paris on July 23, 1854, the eldest son in a family of six children. Initially he worked as a clerk in a lawyer’s office, but he left in 1872 to enroll in the École des Beaux-Arts, joining the studio of Isidore Pils. When Pils died in 1875, Goeneutte left the studio and moved to Monmartre where he became a model for Pierre-Auguste Renoir. He also met Marcellin Desboutin, a brilliant and talented printmaker, who introduced the young artist to the art of engraving, etching, and dry point. Goeneutte had his first Salon Exhibition in 1876 and continued to show there rather than with his friends Edouard Manet, Edgar Degas, and Pierre-Auguste Renoir as well as the other Impressionists who all influenced his work. Goeneutte traveled extensively, voyaging to London in 1880, to Rotterdam in 1887 and to Venice in 1890. All of these trips served to inspire his landscape works as well as his town views. Goeneutte became an accomplished engraver and illustrated many books including “La Terra” by Emile Zola. In 1891 due to ill health Goeneutte moved to the countryside to the town of Auvers-sur-Oise where he died on October 9, 1894 at the age of only 40 attended by Dr. Gachet. It is interesting to note that Goeneutte, like the iconic Impressionist painter Vincent Van Gogh, painted a portrait of Dr. Gachet which presently hangs in the permanent collection of the Musée D’Orsay in Paris. Because of his short life span the body of Goeneutte’s work is relatively small and the number of his paintings is really quite scarce. 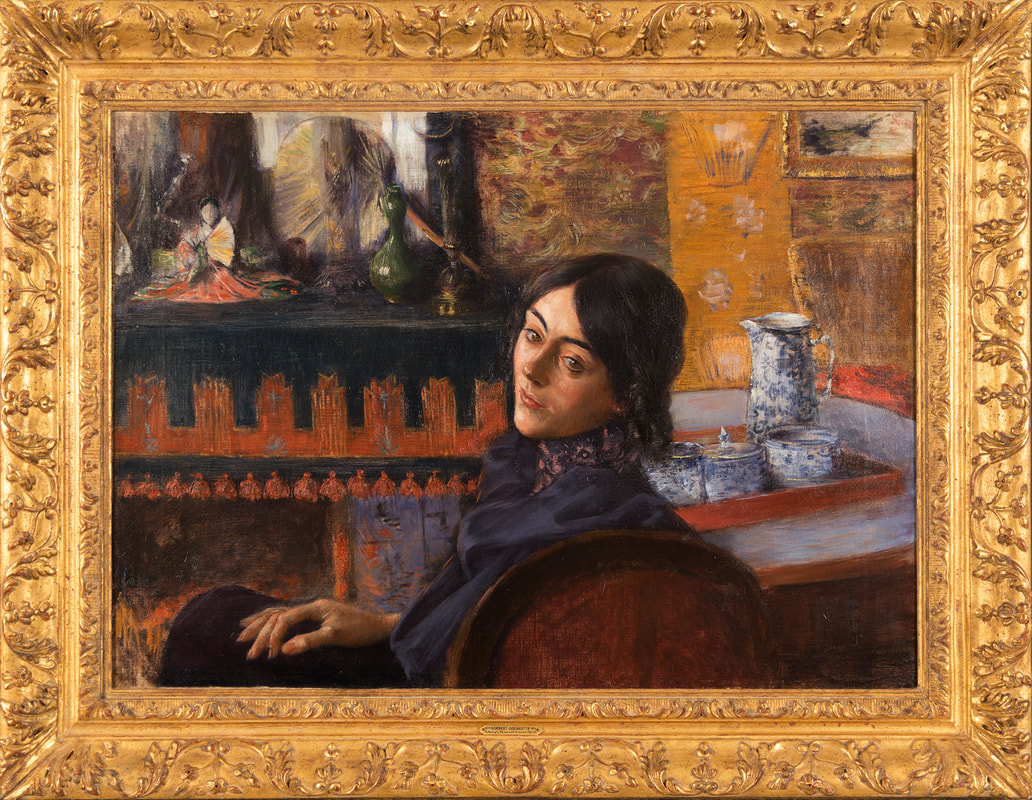