The abstract American painter John Grillo is known as one of the most aggressive of the West Coast (Bay Area) artists to pursue Abstract Expressionism. Over a career spanning 65 years he has painted in oil, gouache, watercolor and poster-based water paints. In addition, he is also a sculptor, printmaker and art educator. He lived in Truro, Massachusetts.

John Grillo was born in 1917 in Lawrence, Massachusetts.  He attended the Hartford School of Fine Arts in CT from 1935-1938 and then studied in San Francisco at the California School of Fine Arts from 1945-1947It was there that he became known as one of the “purest” action painters and helped to define Bay Area Abstract Expressionism. His style strengthened as he moved to New York City in 1948 where he began studies with Hans Hofmann who took an instant liking to the younger artist whose palette and sensibilities were similar to his own. Grillo continued to study with Hofmann at his school in Provincetown until 1951 and Hofmann owned several of his works in his own collection.

In 1964 Grillo received Ford Foundation grants to work at Tamarind Lithography Workshop, Los Angeles and as artist-in-residence at Butler Institute of American Art, Youngstown, Ohio. He served as a visiting artist at various institutions such as University of California, Berkeley, Studio School of New York City, Iowa State University and Southern Illinois University at Carbondale. He was an instructor in the mid-1960s at Pratt Institute and he taught at the New School for Social Research, New York, 1964-1966. From 1967-1991 he taught at the University of Massachusetts at Amherst.
​
His work is part of the collections of various museums such as: the Butler Institute of American Art, Los Angeles County Museum of Art, Metropolitan Museum of Art, Guggenheim Museum, Brooklyn Museum, the Whitney Museum of American Art and many others.Grillo has exhibited widely with solo showings that include: Artist's Gallery, NYC, 1948; Tibor de Nagy Gallery, 1953; Bertha Schaefer Gallery, 1955, 1957, 1959; Howard Wise Gallery, 1961, 1962, 1963; University California, Berkeley 1962; and University of Massachusetts at Amherst, 1988.He has participated in numerous group exhibitions including four of the Stable Gallery Annuals (1954, ‘55, ‘56, ‘57) and the Whitney Museum of American Art.  Other exhibitions include shows at the Howard Wise Gallery in New York, the San Francisco Museum of Art, Yale University, The Guggenheim Museum, The Brooklyn Museum, Grace Borgenicht Gallery, Carlson Gallery, Aaron Gallery and Katarina Rich Perlow Gallery. In 1973 he was included in A Period of Exploration: San Francisco 1945-1950 at the Oakland Museum, California 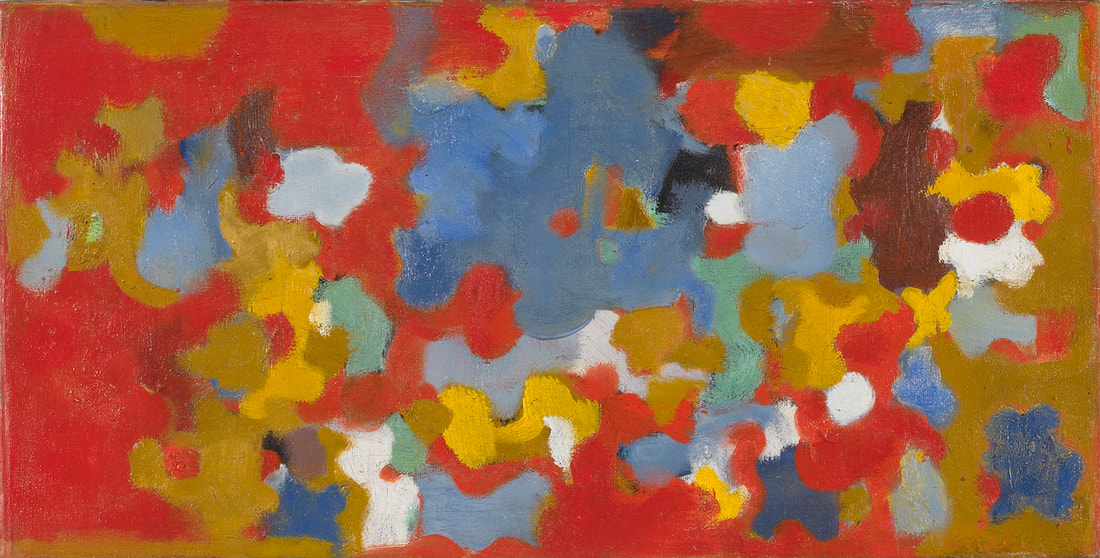