William McDougal Hart was born in Paisley, Scotland and in 1831 emigrated to the United States with his family, settling in Albany, New York. He was apprenticed to a decorative painter in Albany, New York and Troy, New York, and his first artistic experience was in decorating the panels of coaches with landscapes. He also spent time as a portrait painter, likely after 1834. He exhibited his first work at the National Academy of Design in 1848, and returned to Albany permanently in 1849. In late 1849, he traveled to Europe to study landscape painting. He painted primarily in Scotland until 1852, after which he returned to Albany, New York, and then in 1853, moved to New York City. By the time he returned to America, Hart had shifted his energy to landscape painting. Like most of the major American landscape artists of the time, Hart settled in New York City, where he opened a studio in the Tenth Street Studio Building in 1858. In 1865, he was elected President of the Brooklyn Academy of Design.

Hart was a full member of the National Academy in 1858, and continued to show his paintings there regularly through the mid-1870s. He also exhibited at the Brooklyn Art Association and at major exhibitions around the country. Hart was a member of the American Watercolor Society, and was its President from 1870 to 1873.

Later works are indicative of Hart's prolific and occasionally formulaic paintings of cows. Cattle were a popular motif in Hudson River School art, and nearly every artist included them in at least some of their landscapes as diminutive symbols of man's harmonious relationship with nature. Some artists, including William and James Hart along with Thomas Bigelow Craig, made a specialty of cow portraits. These paintings, which were very popular with late-19th-century American collectors, typically featured several cattle grazing or watering in the foreground or middle distance with the landscape playing a supporting role as a bucolic backdrop.

Hart was also known for his exceptional etchings. In 1883 the Art Department of the New England Manufacturers' and Mechanics' Institute, Boston, held an important exhibition of contemporary American art. Concentrating largely upon American drawings and etchings the exhibition catalogue listed 731 important works of original art. William Hart's iconic etching, "Naponock Scenery, Ulster County, New York", was first exhibited at this exposition and is listed in the cAn oil on canvas work from 1883, also of Naponock scenery, is in the collection of the Metropolitan Museum of Art - a direct bequest from Hart's daughter, Jessie Hart White.
The Albany Institute of History & Art has in its collection over 400 sketches, water colors, and sketch books which were retained en masse from the artist's studio after his death.

Hart died in Mount Vernon, New York, on June 17, 1894. His daughter Jessie Hart White was the mother of E. B. White. He is interred at Green-Wood Cemetery in Brooklyn, New York. 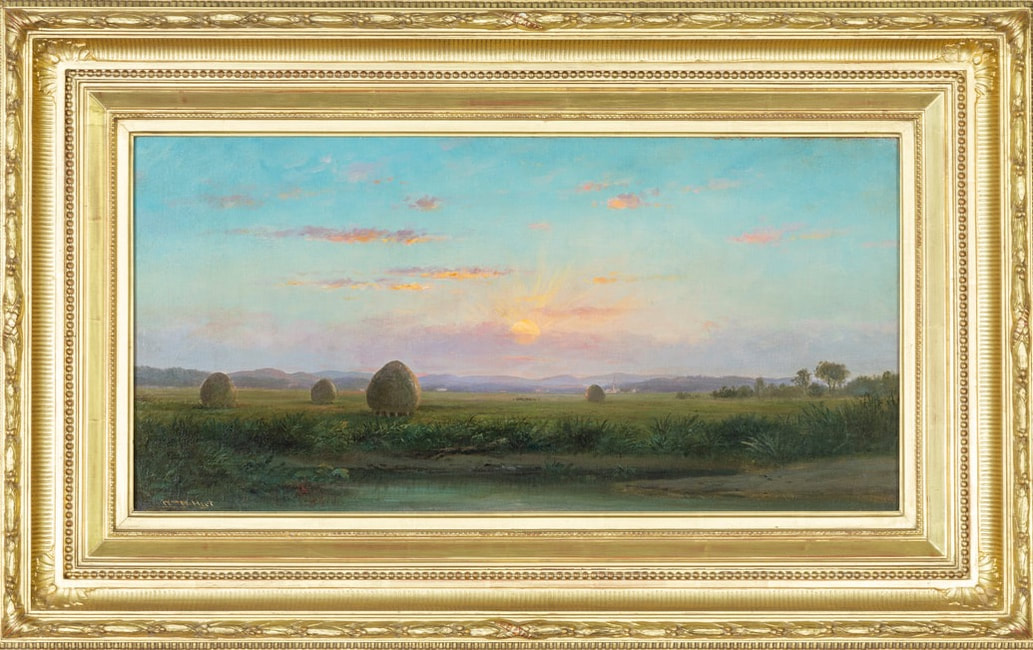