Susan Bright Lautmann Hertel (1930-1993) was born in Illinois and grew up in Highland Park, Illinois outside Chicago. Her family spent summers at Lake Geneva, Wisconsin and later in Arizona. Throughout these experiences, Susan became deeply attached to the natural world. Her early interest in horses is manifested in childhood sketchbooks from classes at the Chicago Art Institute.

For nearly 30 years she collaborated with Millard Sheets, designing and producing public murals and artworks in various mediums throughout the United States for Home Savings of American, as well as for libraries, hospitals, restaurants, houses and churches. In 1980, Susan left California to relocate to New Mexico, where she focused on her own work; gouache studies and large oil on canvas paintings.

Susan Hertel’s art embodies what is marvelous in the mundane. In her paintings, Hertel finds joy and serenity in daily rituals, in the simple pleasures. Her art centers on the people, creatures, and places she most intimately knew: her five children, a menagerie of animals including horses, dogs, cats, and goats- and her ranch in Cerrillos, New Mexico. In her paintings she gave dignity to these humble characters and places, and transformed the prosaic activities of daily life into poetic images transfixed by memory.
​
Hertel's paintings have been exhibited in solo and group shows in Southern California, Arizona, Idaho and New Mexico and are in numerous private collections. 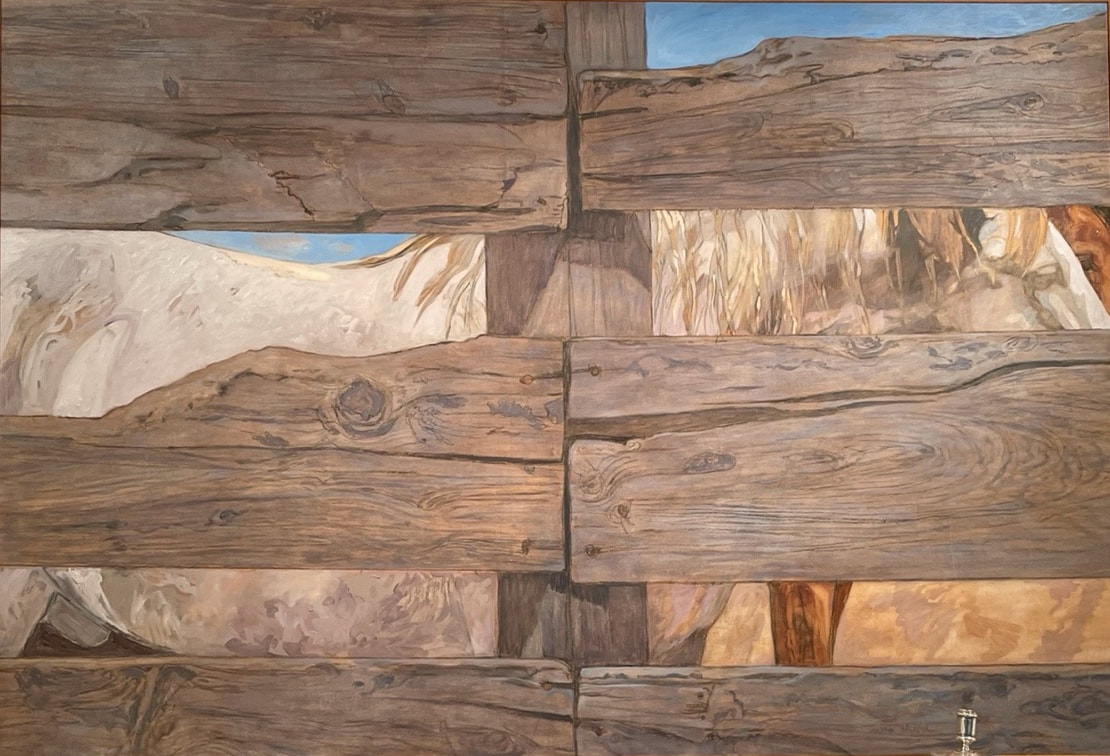