Thomas Hill was one of America’s most famous 19th century landscape painters, especially of panoramic views of Yosemite and the Sierra Nevada Mountains. Hill was often referred to as the “Artist of Yosemite”. He received his formal artistic training at the Pennsylvania Academy of Fine Arts before moving to San Francisco in 1861.  He visited Yosemite for the first time in 1865 and then traveled to Paris for two years of study. Back in California in the 1870s, Hill became Albert Bierstadt’s chief rival as the foremost painter of majestic Western scenery.  During his lifetime Hill’s paintings were favorably received in late 19th century California, often selling for $10,000, a large sum in those days. Many millionaires from San Francisco including society figures as well as such business and railroad tycoons as E.B. Crocker, William Ralston, William Sharon, D.O. Mills and Leland Stanford were counted amongst his patrons. Hill’s Yosemite Valley (from Below Sentinel Dome, As Seen from Artist’s Point (Collection of the Oakland Museum) was one of twelve American paintings out of about four hundred candidates to be awarded a bronze medal at the Philadelphia Centennial of 1876 by an international jury. In January 1886, the art critic of the San Franciscanpraised a Hill Yosemite panorama as “a picture nobly conceived and royally executed. Whosoever looks upon it feels lifted for the moment above the petty interests and vexations of every-day life.”

It is interesting to note that Hill’s 1865 View of the Yosemite Valley on loan from the New York Historical Society served as the backdrop for the Head Table at Barack Obama’s 2009 Presidential Inaugural Luncheon. The painting was chosen because it represents the 1864 Lincoln signing of the Yosemite Grant, which set aside Yosemite Valley as a public reserve, the first time the federal government had taken such an action.
​ 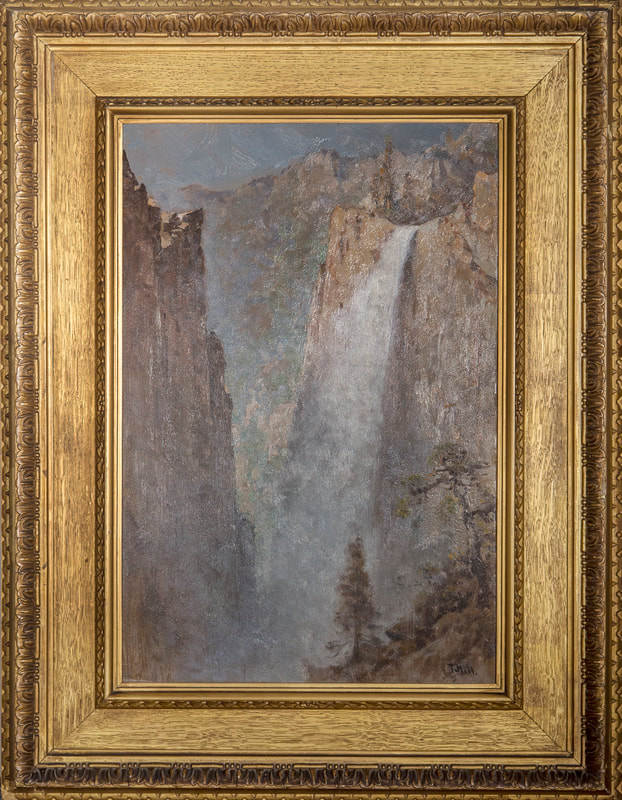