JACK ROTH
American, 1927 - 2004
​
There has often been a divide between the disciplines of art and science and though the battle lines are deep there are few who possess the skill to not only cross the line but to excel in both as well. No truer words could be spoken for the Abstract Expressionist painter, poet, photographer and mathematician, Jack Roth - a man who was represented by Knoedler & Co., one of the most renowned galleries at that time, and who taught at prominent universities.

Born in Brockway, Pennsylvania in 1927 Jack Roth enrolled at Pennsylvania State University in 1943 where he studied chemistry, but his tenure there was interrupted by his service in World War II, serving in both the Army and the Air Force. Discharged from the service in 1948 he lived for a time in Big Sur, California and married his first wife, Colleen Bleier (two daughters). Moving to San Francisco in 1949 he enrolled at the California School of Fine Arts where he studied painting under Mark Rothko, Clyfford Still, Richard Diebenkorn, David Park and Elmer Bischoff. He then returned to Pennsylvania where he completed his Bachelors degree in Chemistry in 1951. In need of a way to support his family, Roth decided to teach art after he received a Master of Fine Arts at the State University of Iowa in 1953 (thesis on Zen Buddhism and the New York School). He moved to New York City’s lower East Side where he began looking for a teaching job and worked as a reviewer for Arts Digest magazine. After sending out hundreds of employment applications with little success, he began considering a return to academia.

In 1954 he married the artist Rachel Chester whom he had met in Iowa. In New York he continued to paint and work odd jobs including as a hotel night clerk and an orderly at Beekman Downtown Hospital. That year he unsuccessfully applied for the John Simon Guggenheim Memorial Foundation Fellowship in the field of photography. However, he struck professional gold when his work was selected by James Johnson Sweeney, Director of the Guggenheim Museum of Art for the traveling exhibition Younger American Painters, alongside Baziotes, Diebenkorn, Gottlieb, Guston, Kline, de Kooning, Motherwell, Pollock and others (May 12 – July 25). One of the first major debuts of the Abstract Expressionist movement to be shown at an American museum, the exhibit traveled to the Dallas Museum of Fine Arts, Indiana University and the Worcester Museum of Art. Sweeney adapted a second traveling version of the exhibition, which went to the Portland Museum of Art, the San Francisco Museum of Fine Arts, Los Angeles County Museum, New Orleans Art Museum and others. Roth then completed work on an unpublished book of his photographs and the poetry of Murray Noss titled East Side Address. In 1956 he began graduate work in mathematics at New York University.

His next move, which Roth refers to his “southern” period, brought him to Duke University where he enrolled in 1958 in graduate mathematics, receiving his PhD in 1962. While writing his doctoral thesis he taught mathematics at the University of Kentucky, all the while continuing to create art. In 1963 legendary Museum of Modern Art curators Dorothy Miller and William Lieberman recommended that the periodical Art in America name Roth the new talent graphic artist. Also at this time, MoMA purchased several works from Roth for the museum’s permanent collection. He was then selected for a national traveling exhibition at the University of Kentucky, Graphics 63, which was circulated by the Smithsonian Institution. That same year he was included in a New Acquisitions exhibition at the Museum of Modern Art.

From 1963 to 1966 he taught at the University of Southern Florida in Tampa before moving back north to Montclair, New Jersey, where he was hired as the chairman of the Mathematics department at Upsala College. His employment there lasted for five years before as he was fired for “making waves”. He found a new position at the recently opened Ramapo College in 1971 teaching both Mathematics and advanced painting. After he received tenure and his finances were secure, his artistic production thrived as he received the first Thomases Award for contributions at the school and was given a studio to work in. The space allowed him to work with larger canvases and become what he saw as an Abstract Expressionist Colorfield painter.

In 1978 the acclaimed gallery, Knoedler & Co. in New York City began their representation of Jack Roth’s work. At this time Knoedler & Co. represented Alexander Calder, Adolf Gottlieb, Franz Kline, Robert Motherwell, Frank Stella, David Smith, Nancy Graves and Michael Goldberg. In 1979 he was rewarded with the prestigious Guggenheim Fellowship in painting and in 1982 he was awarded the New Jersey Council on the Arts Grant. Over the following two decades, Roth continued to balance his many interests — mathematics, teaching, painting, sculpting and poetry. 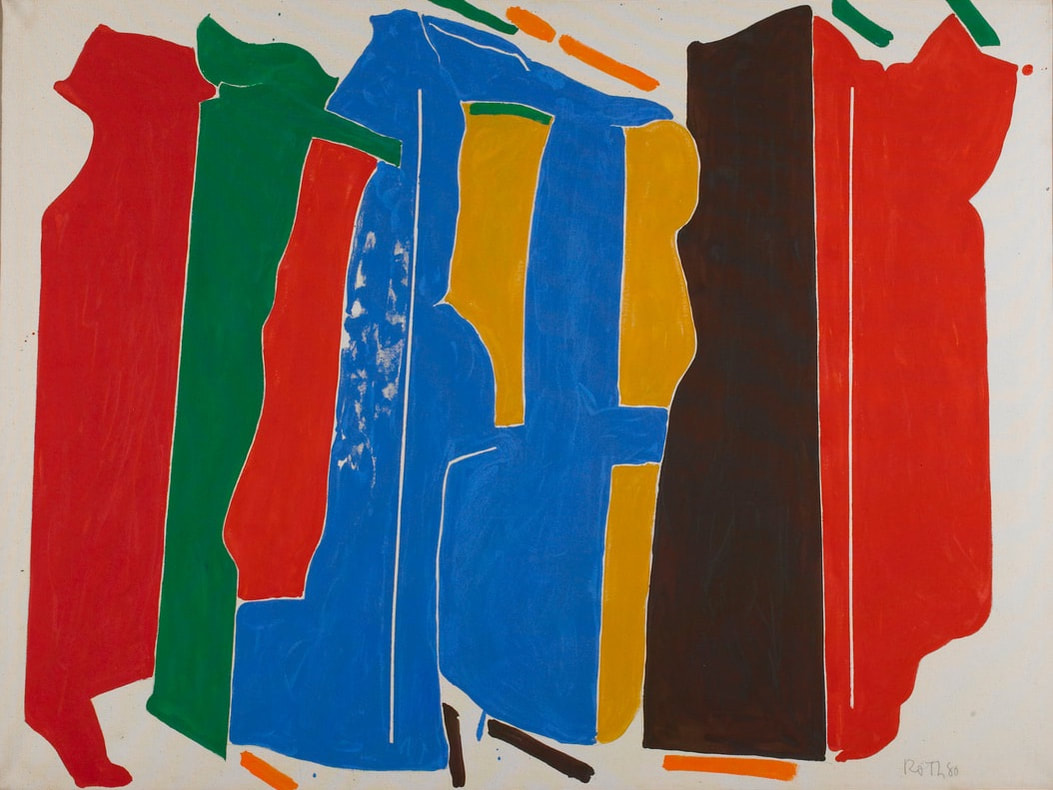 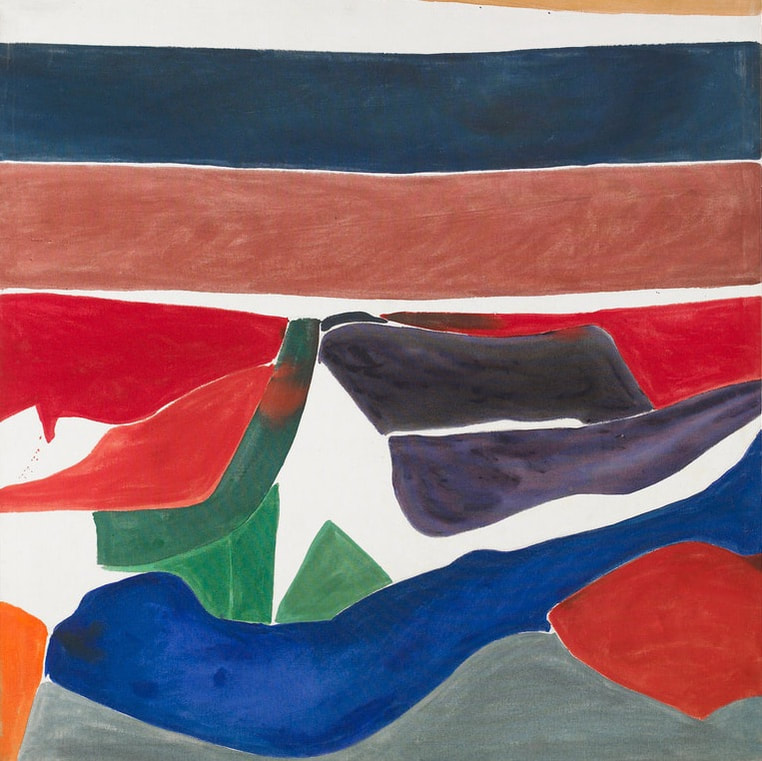 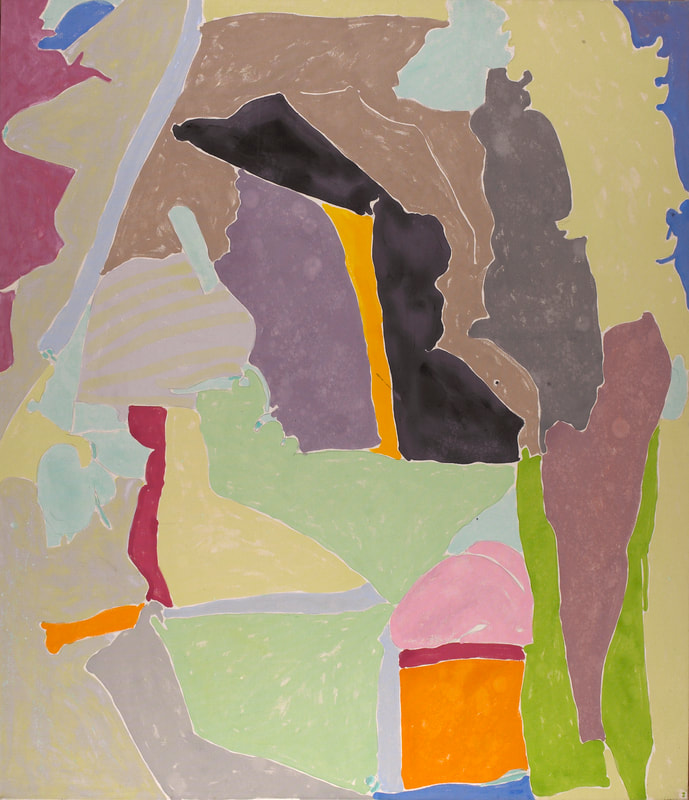 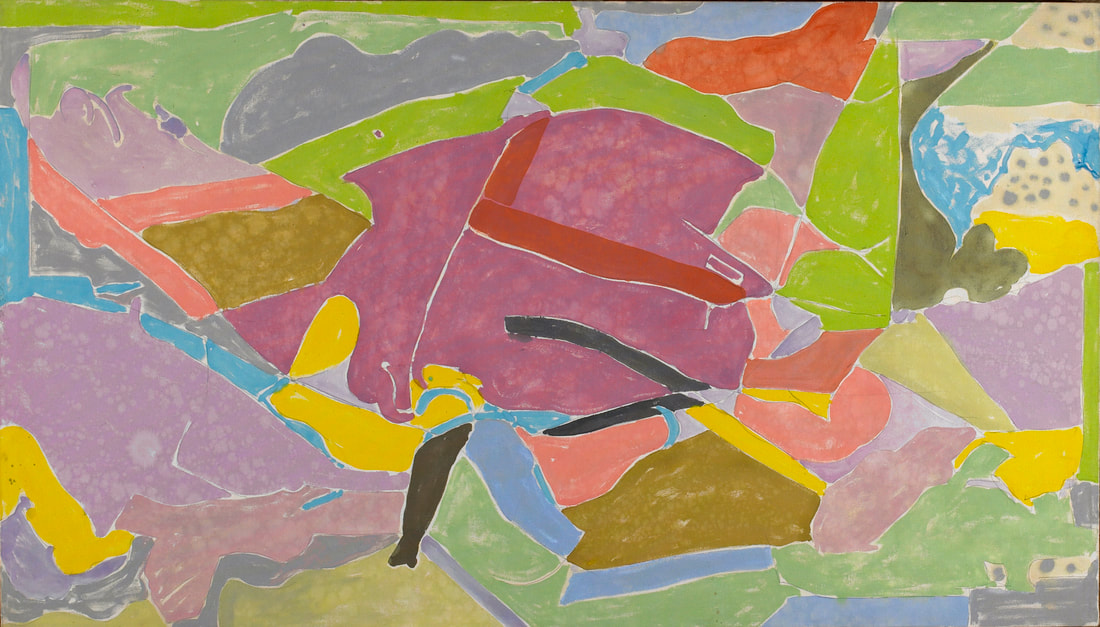 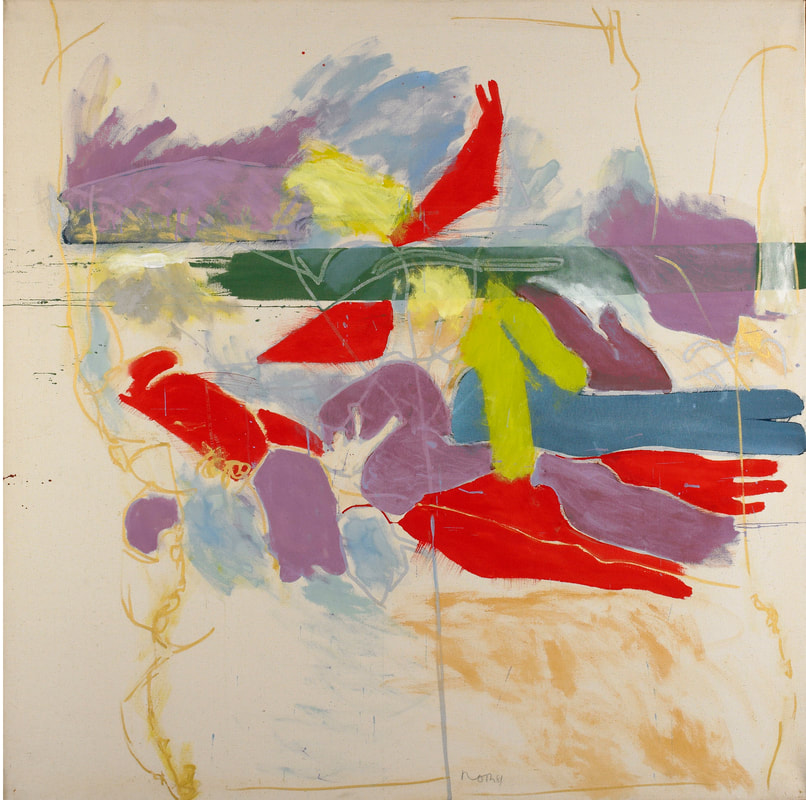 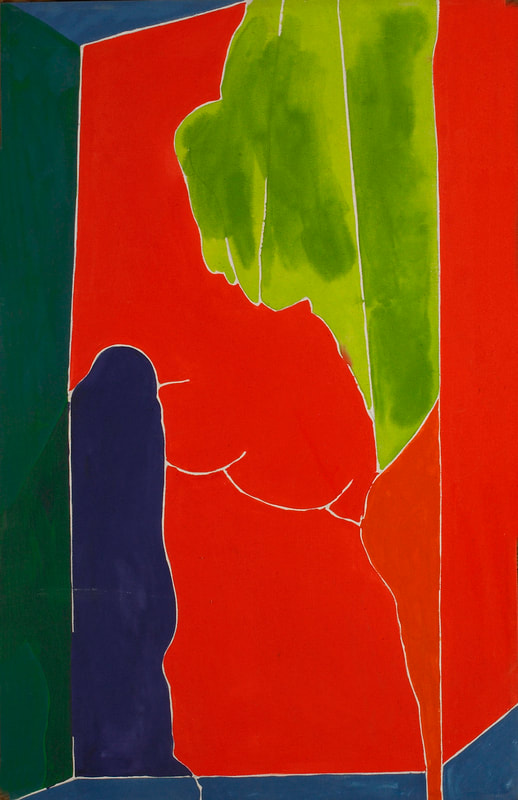 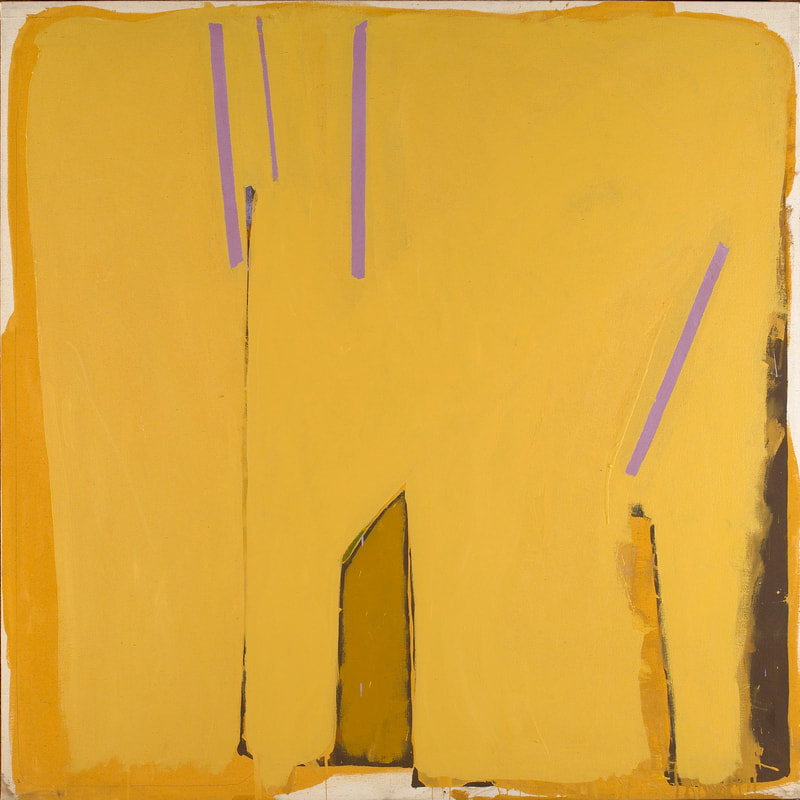 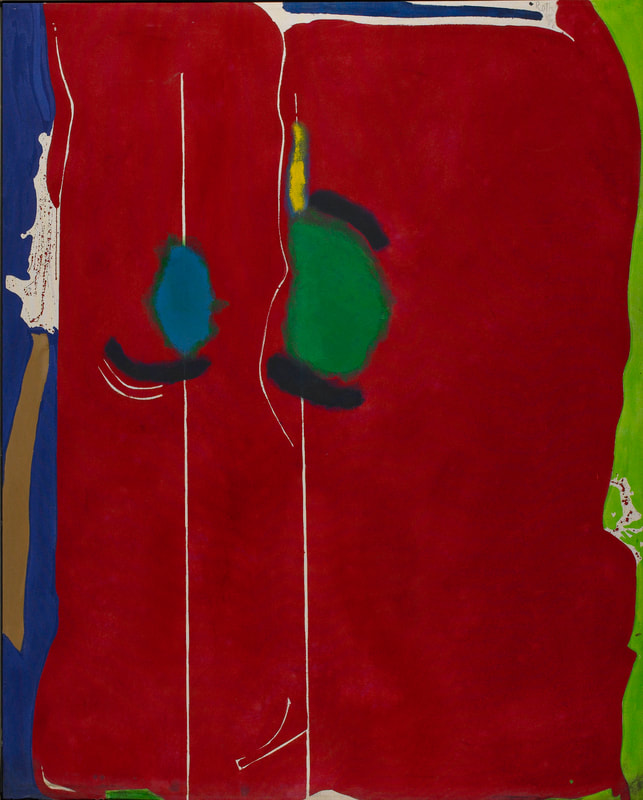 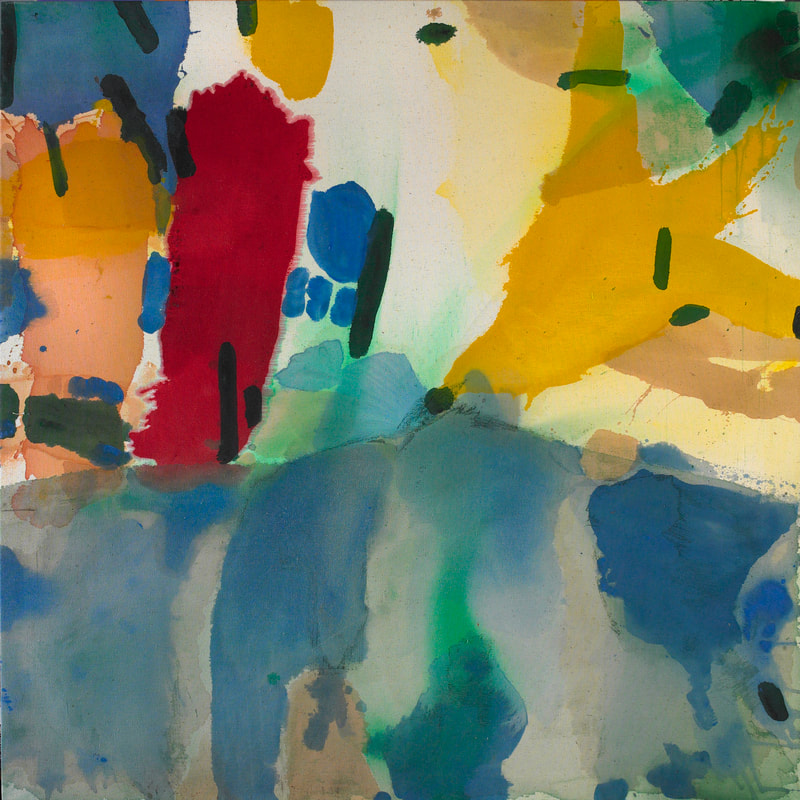 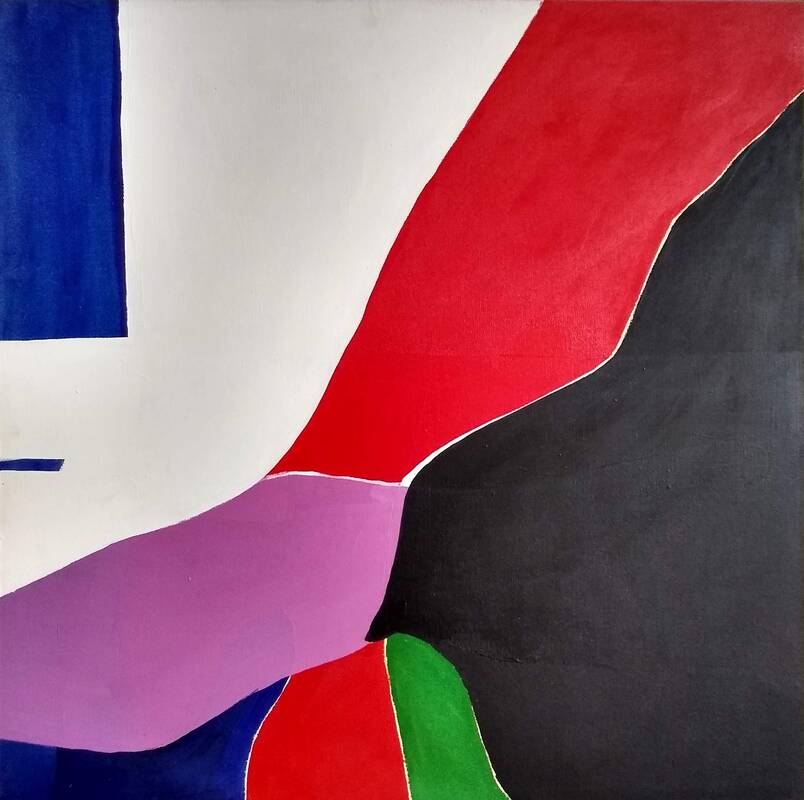