John Little was born in 1907 in Alabama. He attended the Buffalo Fine Arts Academy from 1924 to 1927, and in 1933 studied under George Grosz at the Art Students League. Little then studied under Hans Hofmann from 1936-1943. Hofmann’s “Push Pull” theory, methodology and use of color was what Little was looking for as he needed to understand that three-dimensional nature is translated into two-dimensional paintings by means of tension between, space, form and color. In 1946 Little started to work on a series of colorful paintings of interlocking forms in cubist-inspired compositions with mythical titles. He submitted on to a group show in San Francisco at the California Palace of the Legion of Honor, which resulted in an invitation to his first solo exhibition, opening there in November 1946. The angular abstraction Pagan Ritual, 1946 was included in this exhibition.

The late 1940’s was a time of change for Little. He regularly visited the Pollack’s in East Hampton and on one of these visits Lee Krasner mentioned to Little that there was a charming three- hundred- year old house that was a total wreck and it was for sale. Little purchased the house in 1948, renovated it and also purchased an old barn and had it moved to his property, which became his studio. The Hampton’s were becoming an outpost for New York’s avant-garde such as Jackson Pollack, Lee Krasner, Mary Abbott, Alfonso Ossorio, Perle Fine, David Budd, David Slivka, Esteban Vicente, Wilfred Zogbaum, Robert Motherwell, Norman Bluhm, Franz Kline, Elaine and Willem de Kooning, Robert Richenburg, Grace Hartigan, Adolf Gottlieb and Michael Goldberg among countless others.

Little’s work began to shift in the early 1950’s as is evident in Ominous Night, 1951. This haunting work is a summation of things learned from Hofmann and a self- confident style of gestural abstraction. He states, “I was trying to get away from the drawing letting form and color carry the idea rather than the line”. A summation of the 1950’s work might be found in Congo, 1959. Little told Judith Wolfe that he came upon the titled because “I felt it had a kind of savage quality, the way it’s put together architecturally”. Wolfe states that “Congo’s Blues, green, violet and white move from top and bottom, tempered by sideways advances of yellow and ochre, the whole slashed over the center with a vital cadmium red. It seems effortless in its rightness”.

In the late 1950’s Little began a series of collage works on paper. Some were spare and simple and others were a riot of materials and color such as Untitled, 1959. Little’s starting point was often a page from the New York Times on to which he applied layers of painted and torn paper, oil paint and whatever else was close at hand. These works carry the same sense of aggressive energy found in his oils.

In 1982, Little was honored with a retrospective at Guild Hall in East Hampton. He remained active until his death in 1984. 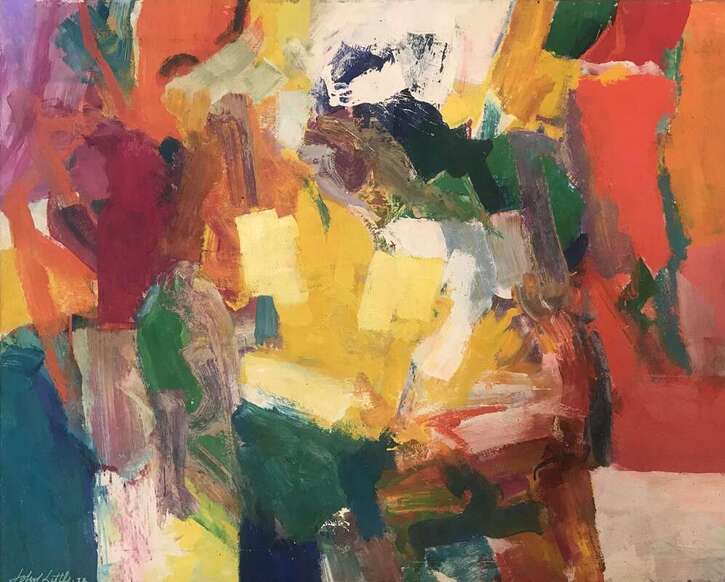 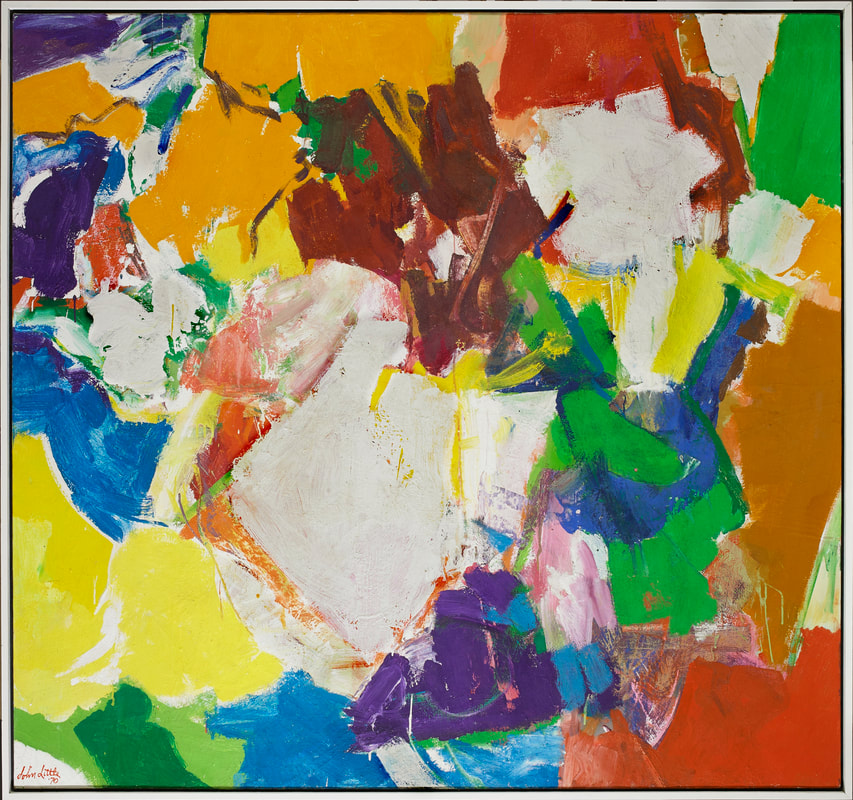 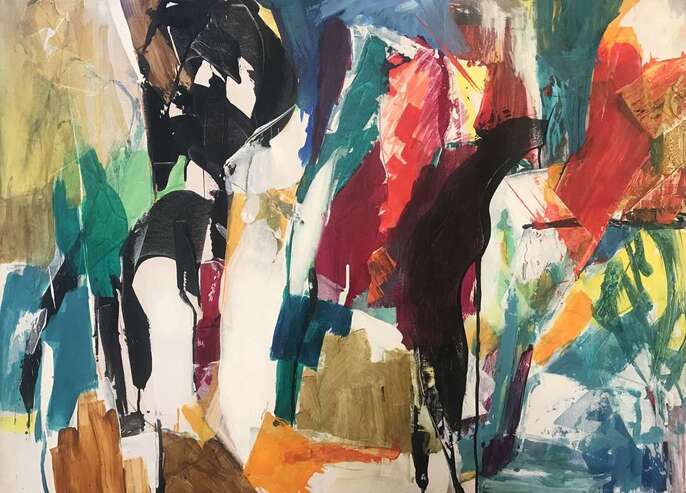 Untitled, ​Acrylic and paper laid down on canvas, 30 x 40 inches 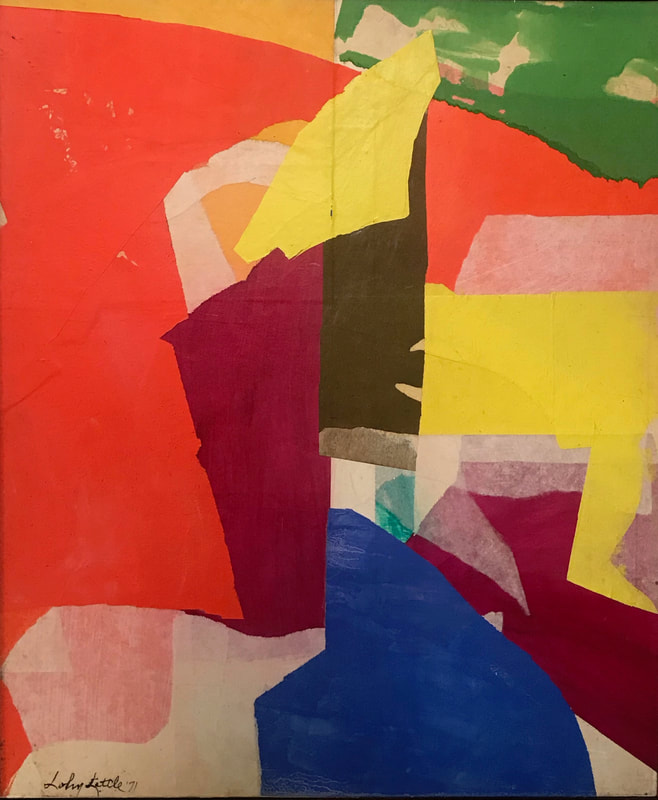 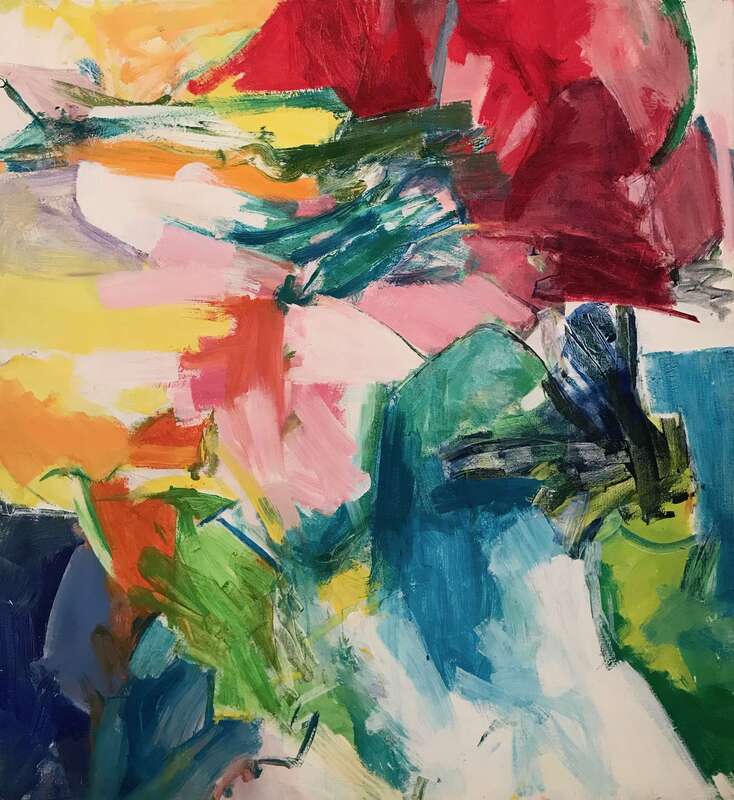 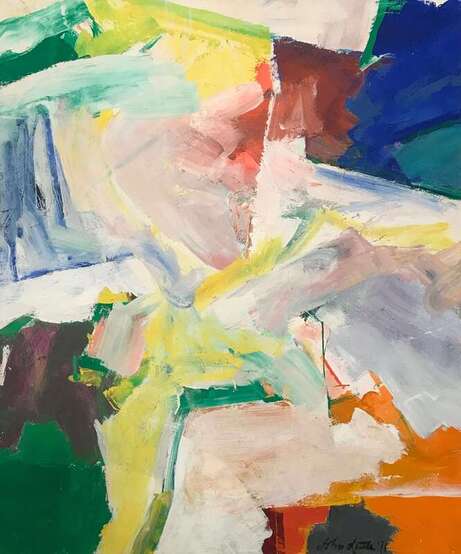 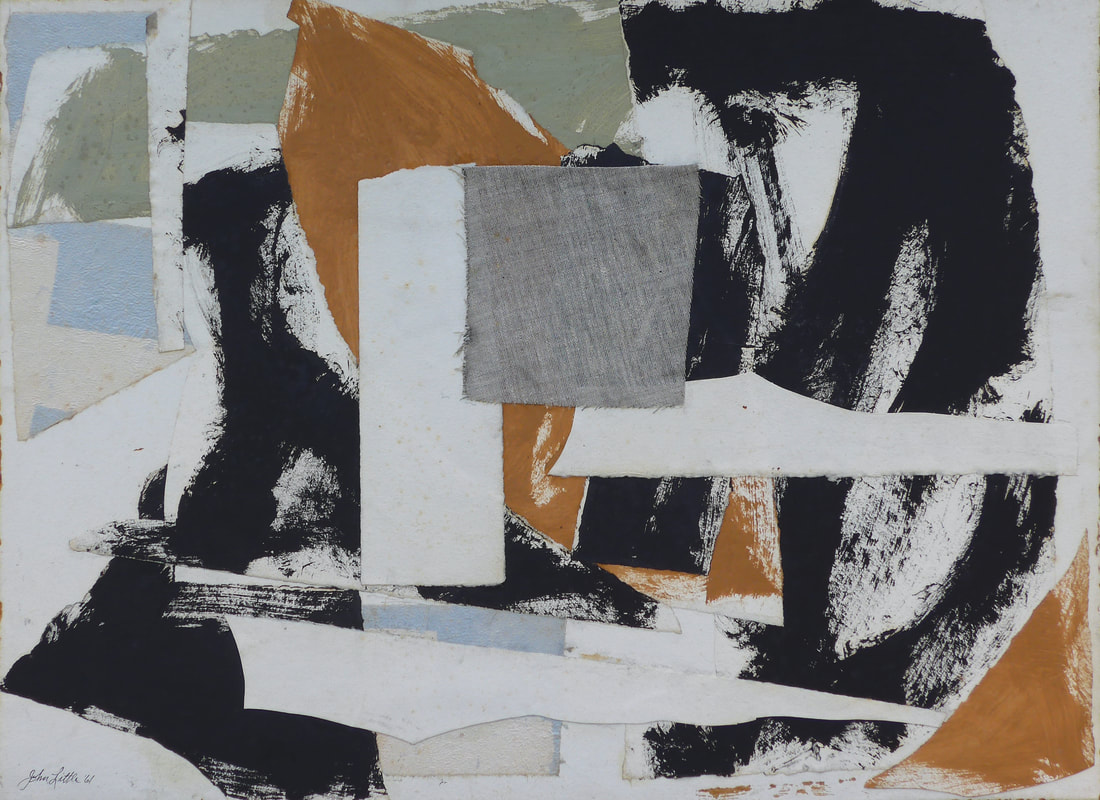 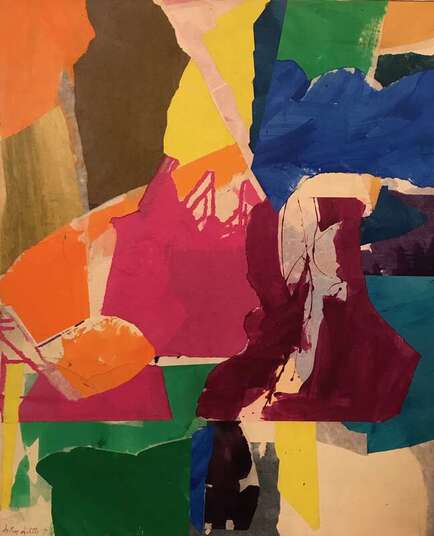 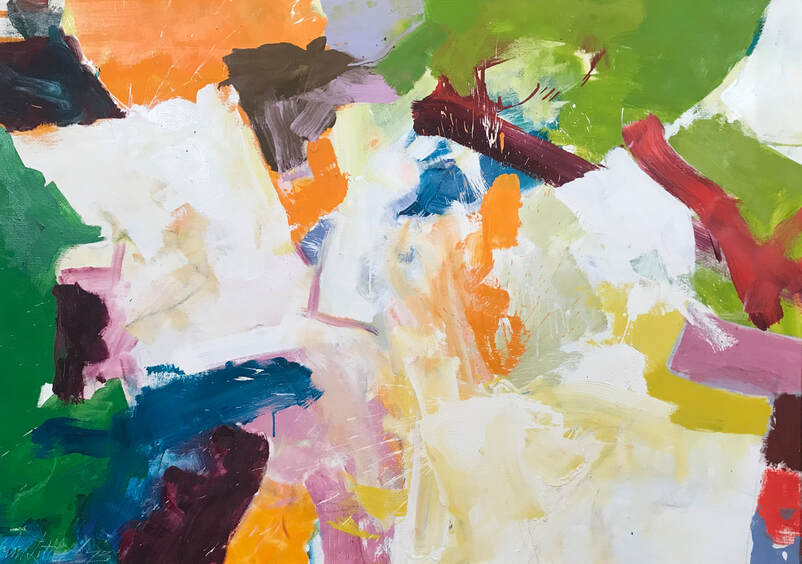 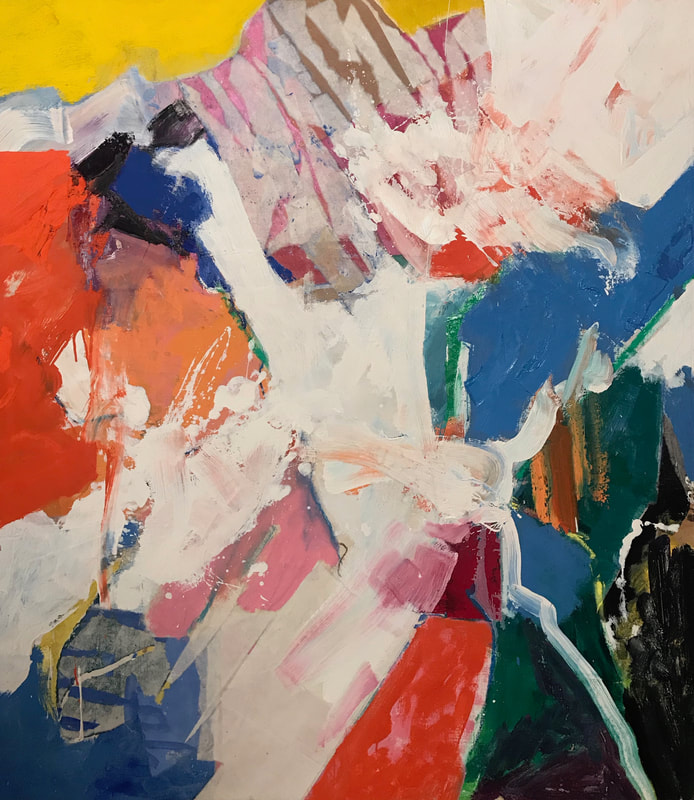 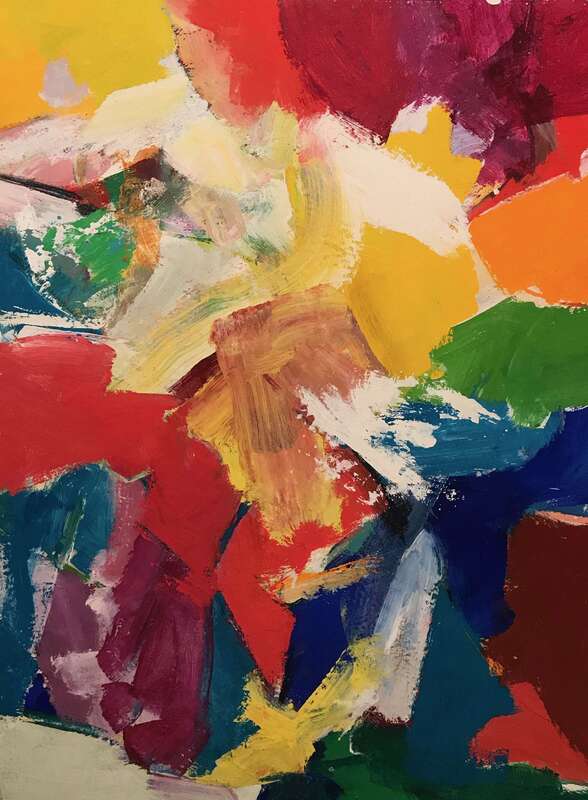 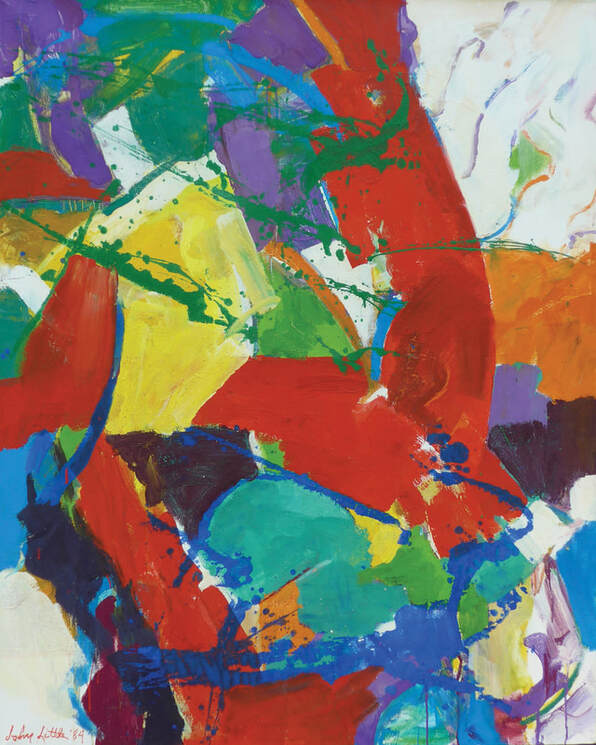 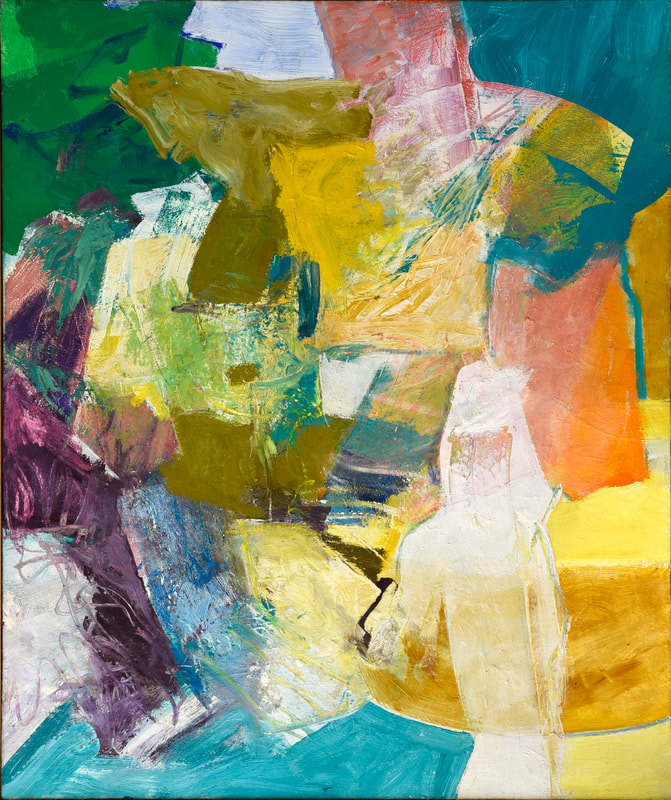 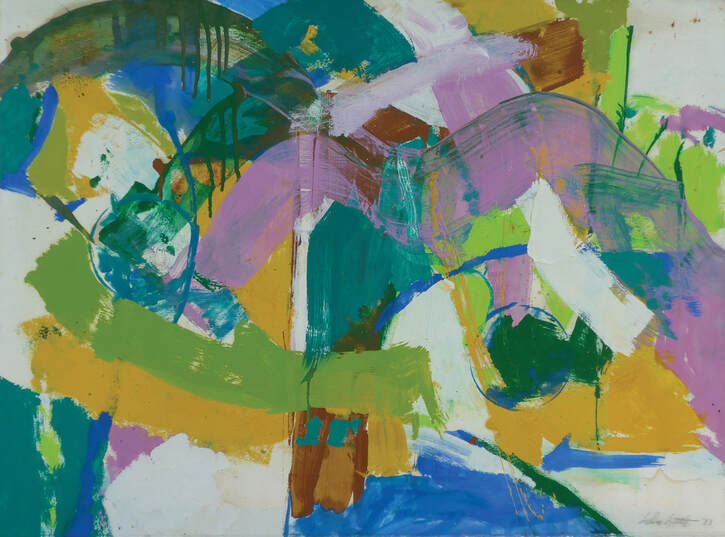 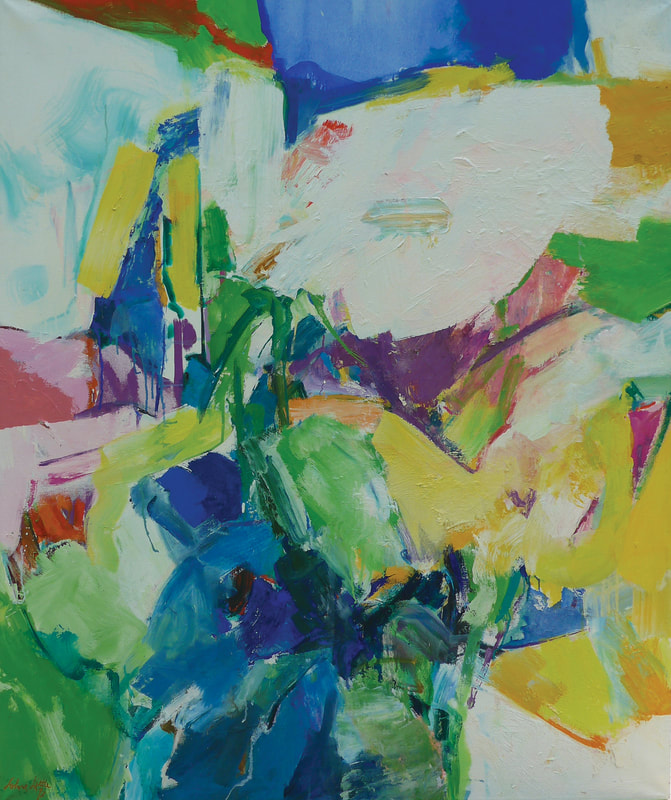 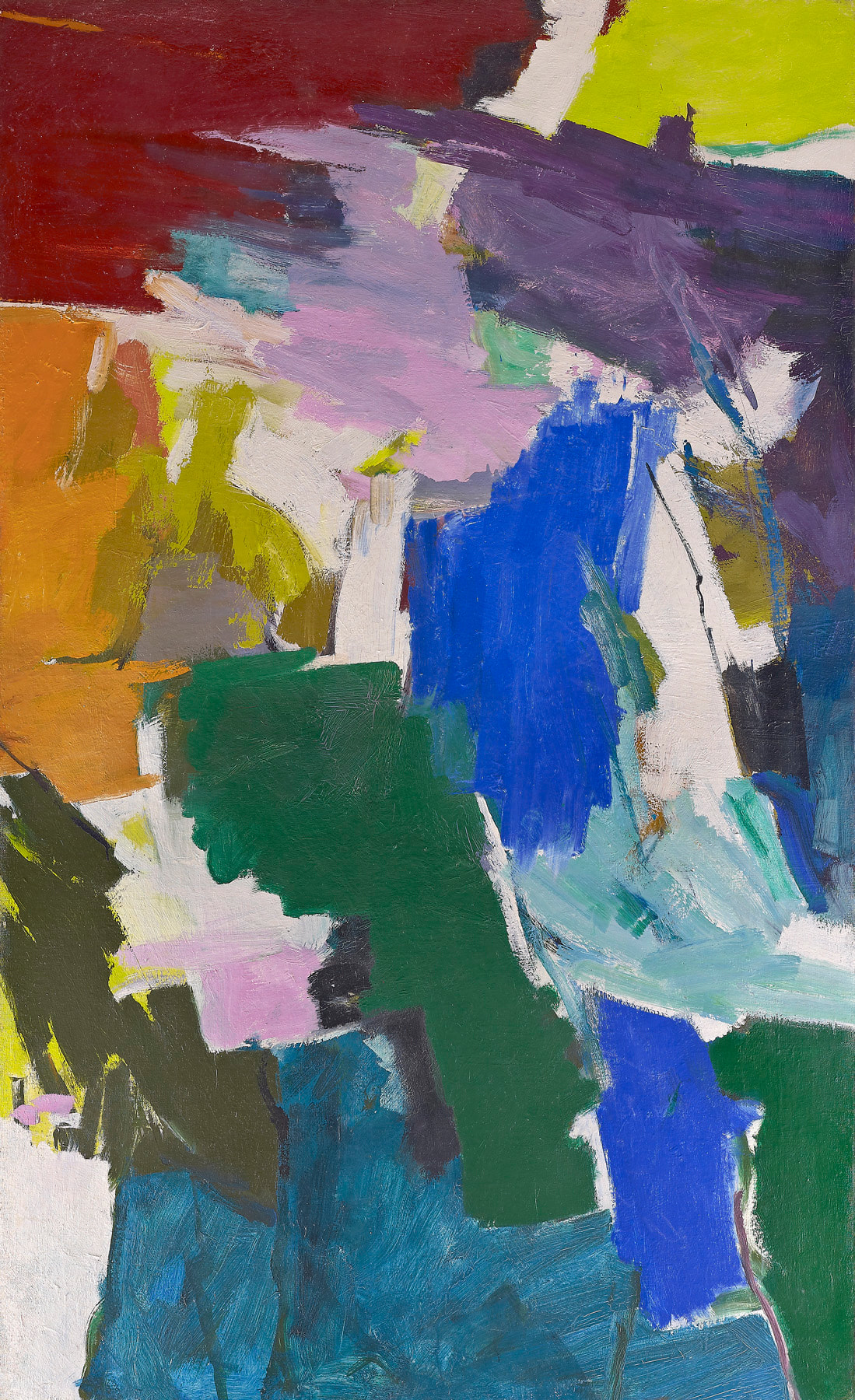 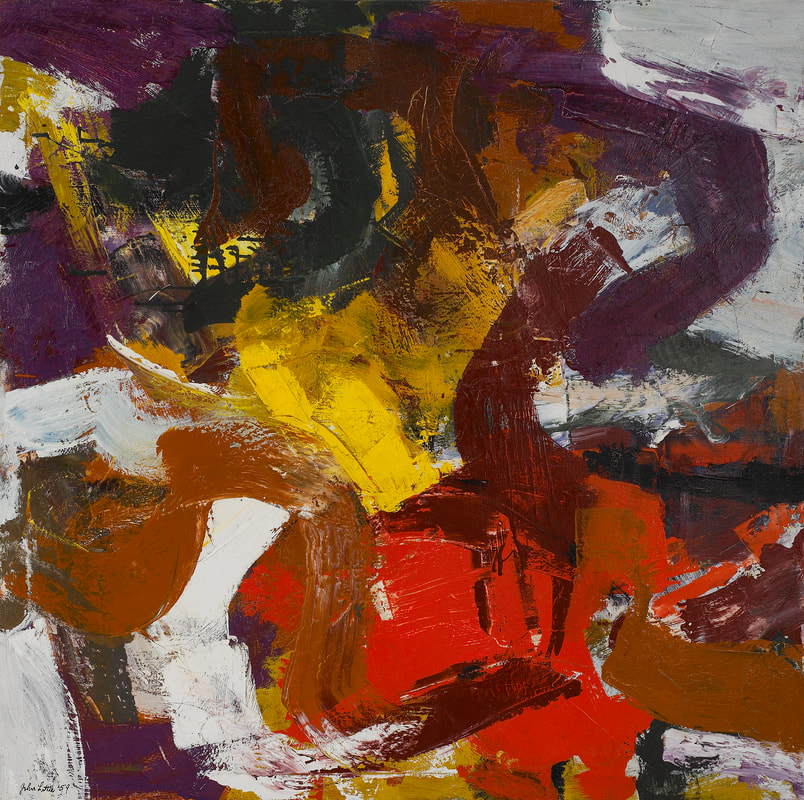 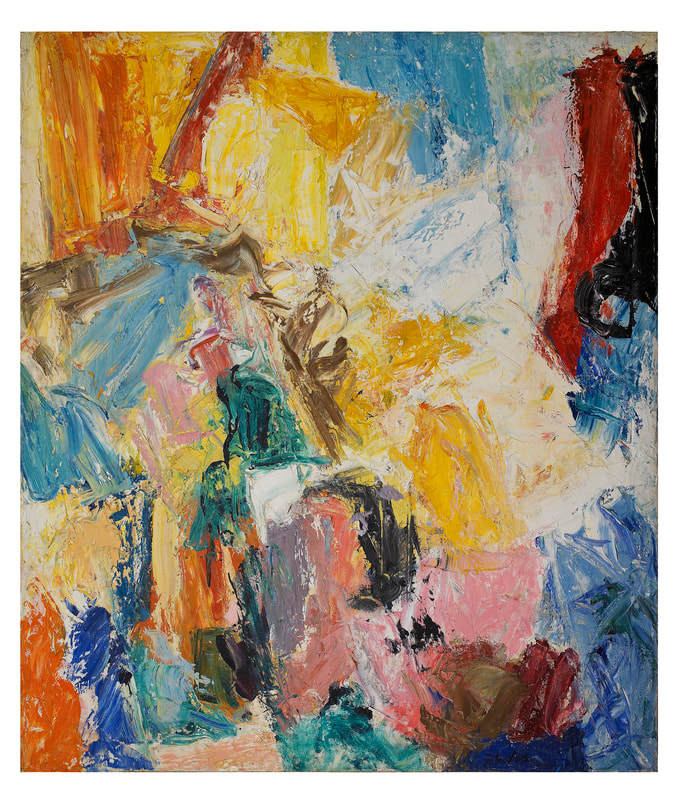 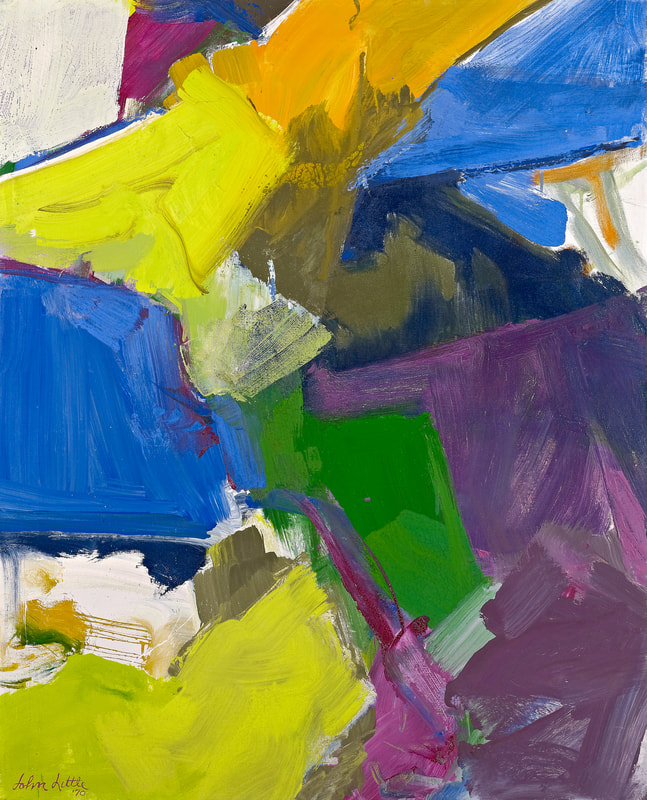