H. Bolton Jones was an award winning landscape artist of the late nineteenth century, whose paintings of pastoral scenes were widely exhibited in the United States around the turn of the century.
Born in 1848 in Baltimore, Jones began his formal studies at the Maryland Institute. In 1865, he studied under Horace W. Robbins in New York City, and two years later exhibited at the National Academy of Design.
From 1865 to 1876, Jones painted many landscapes of well-known scenes of the Eastern United States, from Maryland and West Virginia north to the Berkshire Mountains of Western Massachusetts. In style and subject matter, his paintings of this period tend to reflect the dominant influence of the Hudson River School.
In 1876, Jones traveled to Europe with his younger brother, eventually joining former Baltimore acquaintance Thomas Hovenden in the artists' colony at Pont Aven, Brittany. Here he painted his first mature plein-air works, depicting scenes of winter light, as in "Edge of the Moor, Brittany", (1877, location unknown).
In 1880, Jones returned to the United States, where he continued to paint American landscapes in a manner emphasizing the effects of seasonal light or time of day on his rural subjects. He was elected an associate of the National Academy of Design in 1893; he received awards at the Paris expositions of 1889 and 1900 and the St. Louis exposition of 1904. He continued to paint until his death in 1927, in New York City.
Memberships:
Public collections: 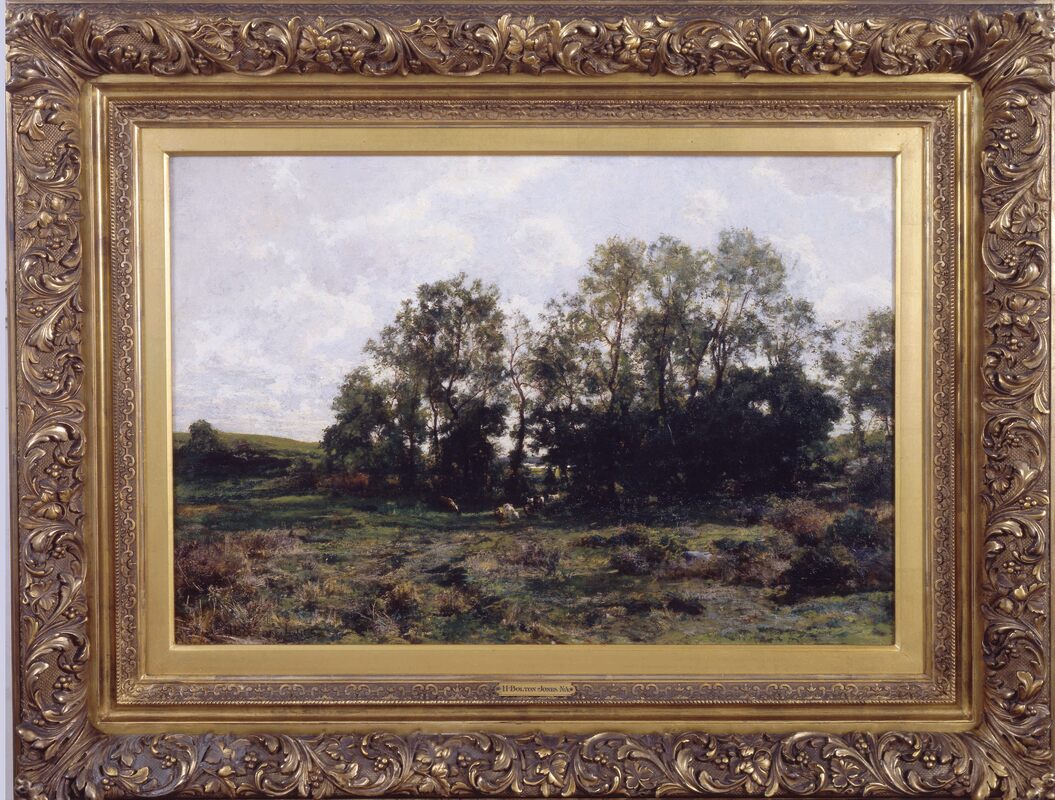