Jacob Kainen was born in Waterbury, Connecticut, in 1909. As the second of three sons born to Russian immigrants, Kainen grew up in a family that appreciated culture and talent. His father's artistry as an inventor and his mother's love for music and literature undoubtedly fostered in Kainen an insatiable interest in art. Even at age ten, Kainen was eager to study master works, including clippings of art reproductions from The Jewish Daily Forward in his scrapbooks. In 1918 the family moved to New York City, where Kainen's budding passion would further advance with trips to The Metropolitan Museum of Art and the New York Public Library. Poetry and literature became major components of his artistic study during high school. When Kainen graduated from DeWitt Clinton High School at sixteen, he was too young to be admitted to the Pratt Institute. In the meantime he took drawing classes at the Art Students League, where Kimon Nicolaides taught him to "trust in the freedom and sureness of his hand." It was during this period that Kainen made his first prints, drypoint etchings. Kainen used this time to further exercise his interests by working in the classics department of Brentano's bookstore, as well as developing his skills as a boxer. Kainen would go on to become an expert in the classics and quite a skilled amateur prizefighter.
Kainen was finally granted admittance to Pratt in the fall of 1927. Though Kainen had a deep interest and appreciation for the old masters during this period of his life, he quickly found the Pratt curriculum backward, too anti-modernist, and dogmatic. Upon entering school his portraits and color choices remained warm in tone, but as he progressed they became brighter and more reminiscent of Cézanne's palette. In Kainen's final year of school, Pratt instituted a curriculum that focused more on commercial artand commercialized drawing styles. This catalyzed Kainen into a rebellion that resulted in his expulsion from the institute three weeks before graduation, and subjected him to further scorn from many of those associated with Pratt. This event proved monumental in Kainen's conceptual and artistic development. After his expulsion, Kainen sought out other avant-garde artists in the city, especially those who shared his institutional disdain. It led him to begin to engage with the emotive palette and gestures of German Expressionism and the social awareness and ferocity of social realism during the 1930s. He became a part of the New York Group, "interested in those aspects of contemporary life which reflect the deepest feelings of the people; their poverty, their surroundings, their desire for peace, their fight for life." His expressionist and social leanings began to definitively merge in the mid-1930s in works such as Tenement Fire (1934) and The Flood (1936). 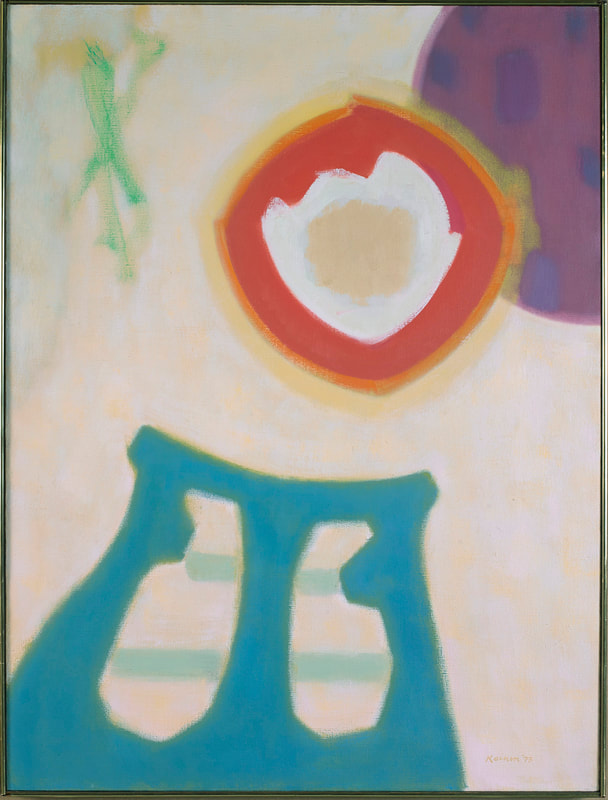