Daniel Kotz, painter, etcher, and engraver, was born in a log cabin in South Bend, Indiana, on March 21, 1848.  He spent much of his youth working on the family farm, where he enjoyed nature and the countryside around him.  In his spare time, he discovered he had an interest in drawing and sketching his surroundings, including trees, open meadows, hayfields and more.
​
On the advice of Dr. Buchtel, the family physician, he began to devote himself to studying art. While he traveled around the area of the St. Joseph River and the Lake Michigan area, his interest in landscapes grew, as did his ability to capture it on paper and canvas.  Daniel attended  Northwestern College in Napiersville, Illinois, where he wrote a column called "Kotz's Mite" for their monthly publication.

In 1870, he went to Chicago where he studied under Henry F. Spread, and in 1875 he worked with Henry Arthur Elkins.  Kotz was a charter member of the Chicago Art League.Around 1890, Kotz went to New York City where he opened a studio.  He was the cover story of the American Art Journal, March 22, 1890, and there in 1886 at the National Academy of Design, he exhibited the first painting he had ever exhibited in Chicago.

In the 1890's, Daniel Kotz built a studio and home on a New Jersey hillside at Park Ridge. He was one of the originators of the Salmagundi Club in New York around the turn of the century and a member of the Salmagundi Club, the Nanuet Painters, the American Artist Professional League, and the Beachcombers' Club in Provincetown.

He is known to have exhibited at the New York Etching Club, the National Academy of Design 1909, the Salmagundi Club, the Boston Art Club 1889, 1892, 1896, 1898, 1899, the Art Institute of Chicago, the Pennsylvania Academy of Fine Arts, and the American Art Association. In May of 1948, Kotz's daughter, the Countess Eleanor Kotz Savorgnan Di Brazza, held an exhibition for two weeks of 20 of her father's works.

He found more and more of his favorite subject matter throughout the New England area, where he painted until his death in 1933.  His contemporaries and friends included Thomas Eakins, J. Francis Murphy, Alexander Schilling, Max Bohm, John Noble, and George Inness. 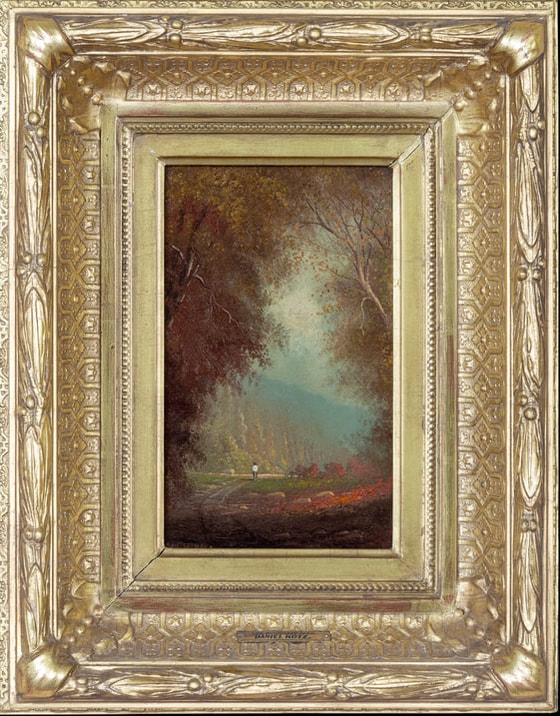