While studying at the École des Beaux-Arts in Paris under Henri Lehmann in 1877, Ernest Laurent met and befriended Georges Seurat. Together, the two men became influential forces to many of the Impressionist and Post-Impressionist artists. As students Laurent, Seurat and Aman-Jean would regularly visit the Louvre to study the works by the Masters. From 1877 until 1884, when the artists' philosophical and technical interests became apparently different, Laurent and Seurat were in a constant working relationship. In fact, Laurent and Seurat produced a number of small oil sketches on wood and a series of chiaroscuro portraits in conte crayon together; for example, Laurent's portrait of Georges Seurat which now hangs in the Louvre. After a military service in 1879, Laurent returned to complete his studies at the École where he studied under Ernest Herbert. Along with the Impressionist exhibitions in 1881 and 1882, Laurent's style was greatly influenced by Hebert, whom he greatly admired. The artist was also becoming more spiritual, which was a contrast to Seurat's increasing materialism, and the two artists went separate ways. Around the same time in 1884, he painted one of his most famous works, Annunciation, which was greatly admired by Puvis de Chavannes. Chavannes secured a travel scholarship to Italy for Laurent, and the young man traveled extensively throughout Venice, Arezzo, Pisa, and North Africa. In love with Italy and the art, Laurent was determined to win the Prix de Rome, which would enable him to return. He submitted the work, Christ and the Palsied Man, in 1889 and took second place. By 1890, when he met his former teacher, Herbert, in Rome, Laurent was becoming more religious and in 1891 he sent several religious subjects back to Paris to exhibit at the Salon. 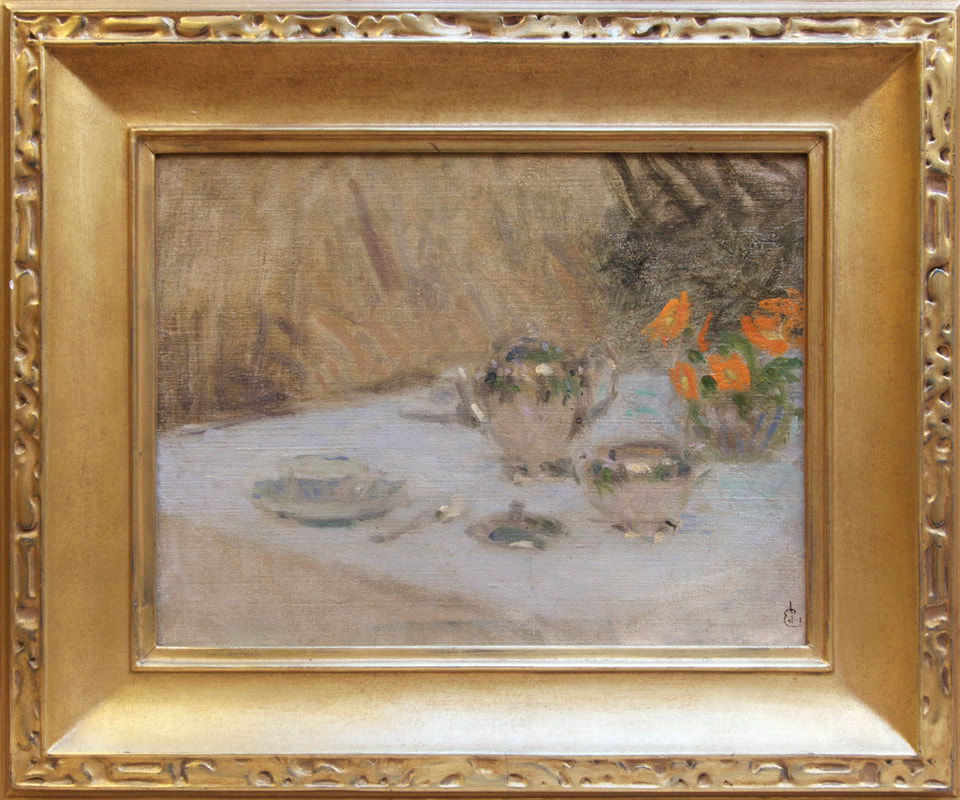