Alexander Liberman was an acclaimed editor, painter, sculptor, aesthetic pioneer, and publisher. His position as Editing Director of Conde Nast publications from 1962-1994 provided a platform for modernist artistic style. Liberman was born in 1912 in Soviet Russia. In 1921 his father moved the family to London as things were growing tumultuous in Moscow.

Liberman began his career with the Parisian magazine Vu in 1933. Here he worked as art director and eventually became managing editor. During his time at Vutime Liberman collaborated with artists such as Brassai, Henri Cartier-Bresson, and Andre Kertesz in his publications. His vision at Vulanded Liberman at Conde Nast in 1941. He worked his way up the ranks and helped imbue the company with incredible forward thinking vision and artistic talent. He held the position of Editorial Director from 1962-1994.

Liberman began his own artistic practice until the 1950’s taking up painting and metal sculpture. His highly recognizable sculptures are assembled from industrial material consisting of steel I-beams, pipes, and drums. The sculptures are painted in bright uniform colors. His work is minimal and geometric. Primarily working with cylindrical and circular forms.  This is true for both his painting and sculpture.

Considered a revolutionary Minimalist artist, Alexander Liberman produced works that predated the movement by more than a decade. Liberman, not wanting to limit himself to any one form of expression, produced minimalist paintings and sculpture in order to illuminate his beliefs about celestial motion, the movement of the eye, as well as human sexuality. The artist’s fascination with American industrialization and modernization ultimately resulted in his widely known red steel sculptures and geometric paintings, which seem to decompose the turbulence of the time period.

Prominent examples of his work are in the collections of the Metropolitan Museum of Art, Storm King Art Center, Hirshhorn Museum and Sculpture Garden, Pyramid Hill Sculpture Park, Tate Gallery, and the Guggenheim Museum. His massive work "The Way” became a signature piece of Laumeier Sculpture Park, and a major landmark of St. Louis, Missouri. Alexander Liberman died in November of 1999 at the age of 87. 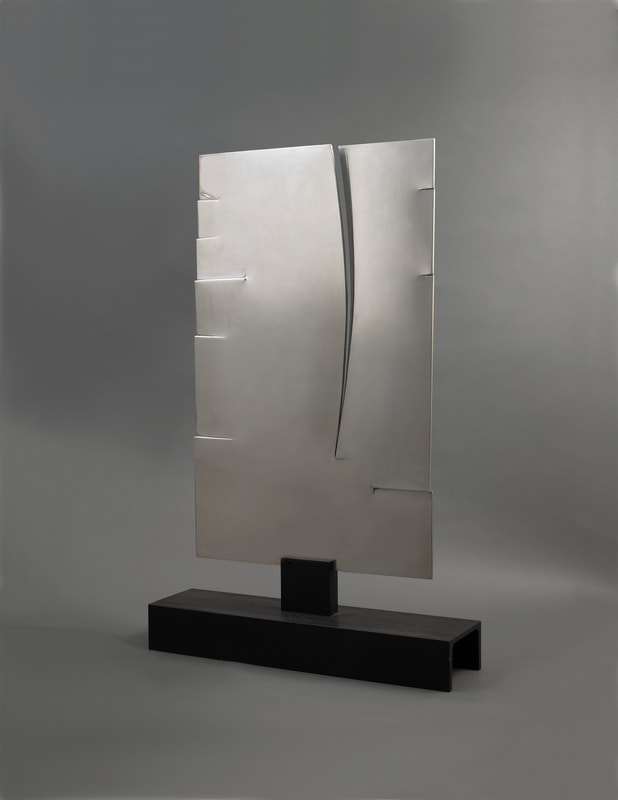