Lilian MacKendrick was the daughter of Russian emigrants. She grew up in New York and graduated from New York University with a degree in Fine Arts. She went on to study sculpture at City College of New York and painting at the Art Students League. Though she admired the great European painters of the 18th & 19th centuries (she copied, as a learning exercise, all the drawings of Goya and Rembrandt in this country), she prefered, since childhood, Oriental rather than American and European painting. She found the latter "too violent."  She explored the fusion of East and West, eventually arriving at a synthesis that has been described, among other things, as a "recovery of the image."  Some of her work has echoes of the work of the French masters Pierre Bonnard and Henri Matisse.

Her work has been called 'singular and striking'. In response to Mackendrick’s 1958 Hirschl & Adler Galleries exhibition, Jane Janson's wrote, "Her range of blazing summer color and exuberant pattern captivate the eye, and lend renewed zest to a realm which has been ignored for a while, and to which we return with instinctive delight."

A devastating flood in her studio in 1984 destroyed a number of Mackendrick’s works, but there are still over 400 of her pieces in private collections.
​ 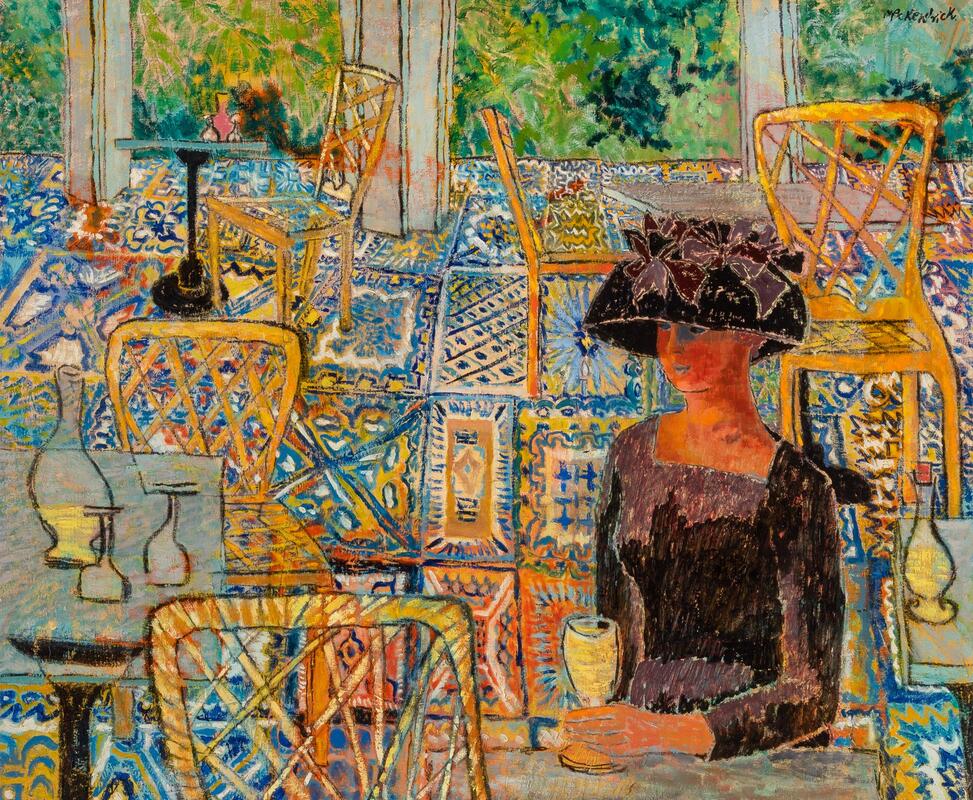