REGINALD MARSH
American, 1898 – 1954
​
Reginald Marsh was born in Paris in 1898 to American artists Fred Dana and Alice Randall Marsh.  In 1900 the family returned to the United States, where they first settled in Nutley, New Jersey, and then later moved to New Rochelle.  Reginald took an interest in the arts around the age of three, and was known to have already begun drawing and experimenting with colors at this age.  He was educated at Yale University and the Art Students League in New York, and briefly studied abroad in Paris from 1925-1926.

While living in New York, Marsh was inspired by the daily interactions of people on the city streets.  He began sketching these scenes in a notebook, and became a freelance newspaper illustrator.  Sharing in the mindset of the Ashcan School and The Eight, Marsh focused in on the lower echelons of society, featuring vaudeville scenes, night clubs, busy harbors, subway, and railroad stations.  Because Marsh came from a wealthy family, he was also recognized for portraying the opposite end of the spectrum, and is known for his renditions of cocktail parties and opera houses.  He worked for the New York Daily News as a staff artist from 1922-1925, and was a contributing artist and writer for national magazines The New Yorker, Esquire, and Harper's Bazaar. 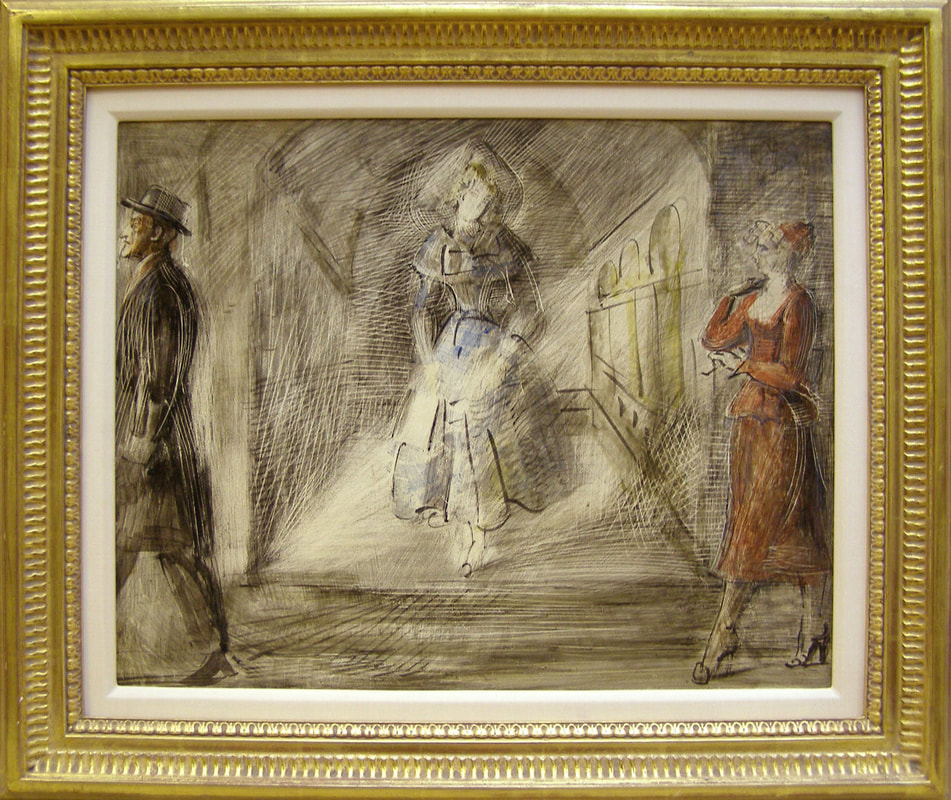