Called "The American Corot," John Francis Murphy was a painter of Tonalist landscapes who was renowned especially for small, intimate views of nature.Reflecting the influence of the American artists Alexander Wyant and George Inness, he recorded his own emotional responses to his sites through an expressive use of tone and surface texture.

John Francis Murphy was born in Oswego, New York on December 11, 1853. In 1868, at the age of fifteen, Murphy went west with his family to Chicago where he began painting billboards and theater backdrops. He did receive a few weeks of training at the Chicago Academy of Design. In 1874 he moved to New York where he was employed as an illustrator.

He began sketching in the Adirondacks (where he met Winslow Homer), and later opened a studio in the Tenth Street Studio Building in New York City. Primarily a self-taught artist, he depicted the coastal flatlands of New York and New Jersey and similar countryside in New England. His early work until c.1885 was based on direct observation of nature and was often small-scale. In 1886, Murphy made a six-month trip to France, where he deepened his familiarity with the work of the French Barbizon painters.

In middle-period works, such as New England Landscapes, Murphy was influenced by A. H. Wyant, George Inness, Homer Dodge Martin and the Barbizon school painters Corot, Rousseau and Daubigny. He spent summers at Arkville in the Catskill Mountains from 1887, and Wyant's presence there between 1889 and 1892 had a pronounced influence on Murphy's developing Tonalist style. His work of this time consists of spare expressions of barren wind-blown land painted with a limited palette. Murphy typically prepared his canvases early to give time for the underpaint to dry and then applied brown and gold, which he flattened with a palette-knife as a basis for later stages of rubbing (with pumice), lacquering and glazing.

Murphy exhibited first at the National Academy of Design in 1876, was elected an associate in 1885 and a full academician in 1887. He became a member of the Society of American Artists in 1901, the American Watercolor Society, the Salmagundi Club, the Rochester Art Club, the Brooklyn Art Club in 1900, and the Lotus Club. 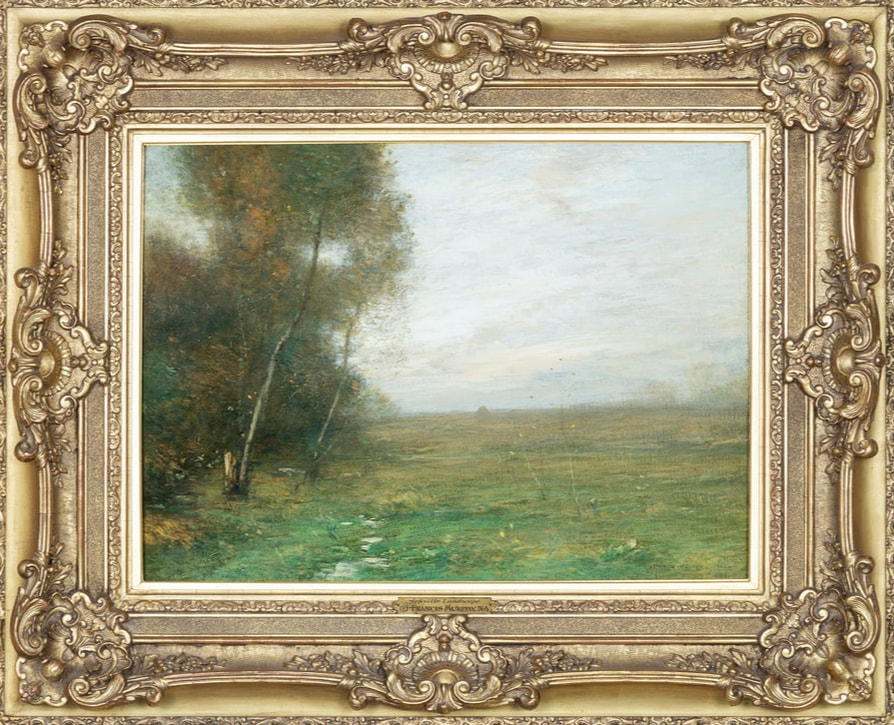