TETSUO OCHIKUBO
Japanese/American, 1923 - 1975
​
Ochikubo was a Japanese-American painter, sculptor, and printmaker who was born in Waipahu, Hawaii, Honolulu county, Hawaii. Ochikubo fought as a soldier in World War II. After being discharged from the Army, he studied painting and design at the School of the Art Institute of Chicago under the G. I. Bill. He eventually returned to Hawaii which is where he lived, studied at The Art Students League, and held his studio practice.

Ochikubo was inspired by nature as well as his inner feelings. He aimed to translate what he saw in nature, its patterns and colors, plus his own personal emotions into visual form.  Ochikubo looked to both eastern and western artistic influences, but he ultimately channeled eastern philosophy and artistic theory into his work.

Ochikubo became both Whitney and Guggheim Museum Fellows between the years of 1957-1959, this allowed him to maintain a studio practice in New York. His paintings from this period in the late 50’s and early 60’s were critically acclaimed. He primarily showed at Krasner Galleries in Manhattan having solo shows. He had many other group shows in other US and international locations during this time.

Ochikubo looked to the Gutai school of painters in Japan. Gutai translates as 'concreteness', and it expressed one of the distinct traits of the group. They aimed to physically engage with a range of materials. Ochikubo would also do carpentry and fix furniture when he found a need for more physical expression. He would then return to painting, relieved and invigorated by expressing his creativity in a different format. Ochikubo believed that an artist needs to create whatever they feel like creating, whether it is painting, prints, or sculpture, as they felt necessary. Freedom of artistic expression was key. Ochikubo also enjoyed print making, but found that he lost interest after the initial creative labor stopped and the printing process began.

Ochikubo worked at Tamarind Institute in the 1960s and is best known for his entirely abstract paintings and lithographs. Along with Satoru Abe, Bumpei Akaji, Edmund Chung, Jerry T. Okimoto, James Park, and Tadashi Sato, Tetsuo Ochikubo was a member of the “Metcalf Chateau”, a group of seven Asian-American artists with ties to Honolulu. Ochikubo died in Kawaihae, Hawaii in 1975. The artist is currently part of a group show at The Honolulu Museum of art showing De Kooning, Abe, Pollock, Rothko, Takaezu and Motherwell amongst others. 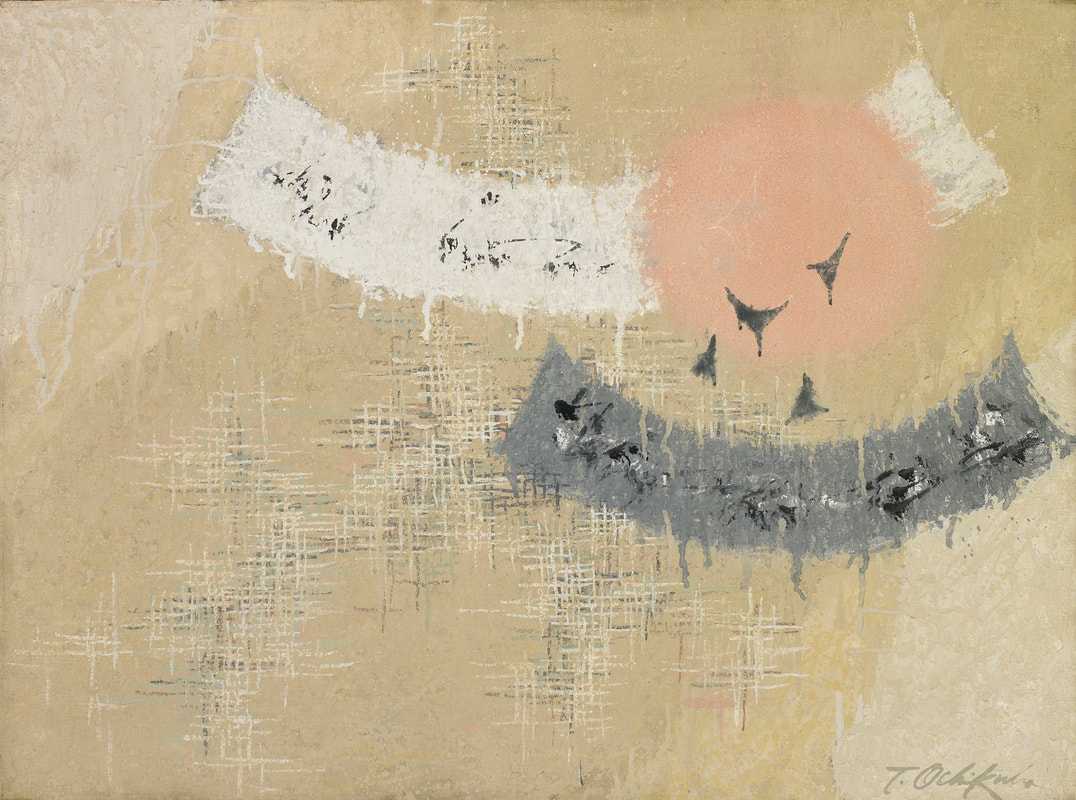