JANE PETERSON
American, 1876-1965
​
​Jane Peterson was an American painter known for her impressionistic depictions of landscapes and floral still lifes. “As fine art is the application of the principle of aesthetics or beauty, painting has especially appealed to me as an outlet,” she once explained. Born Jennie Christine Peterson on November 12, 1876 in Elgin, IL, while attending the 1893 World’s Fair in Chicago, she learned about the Pratt Institute in Brooklyn and decided to apply. After graduating from Pratt in 1901, the young artist saved money to travel to Europe where she studied under Jacques-Emile Blanche and Joaquín Sorolla. By 1912, Peterson already had many patrons and was teaching watercolor painting at both the Art Students League in New York and the Maryland Institute College of Art in Baltimore. Around this time she became associated with an influential group of American artists, including John Singer Sargent, Childe Hassam, and Maurice Prendergast. In 1925, The New York Times characterized Peterson as one of the foremost women painters in New York. Over the next several decades, the artist lived with her wealthy husband Bernard Phillip in a lavish townhouse across from the Metropolitan Museum of Art. Peterson died at the age of 88 on August 14, 1965 in Leawood, KS. Today, her works are held in the collections of the Metropolitan Museum of Art in New York, the Hirshhorn Museum and Sculpture Garden in Washington, D.C., and the San Diego Museum of Art, among others. 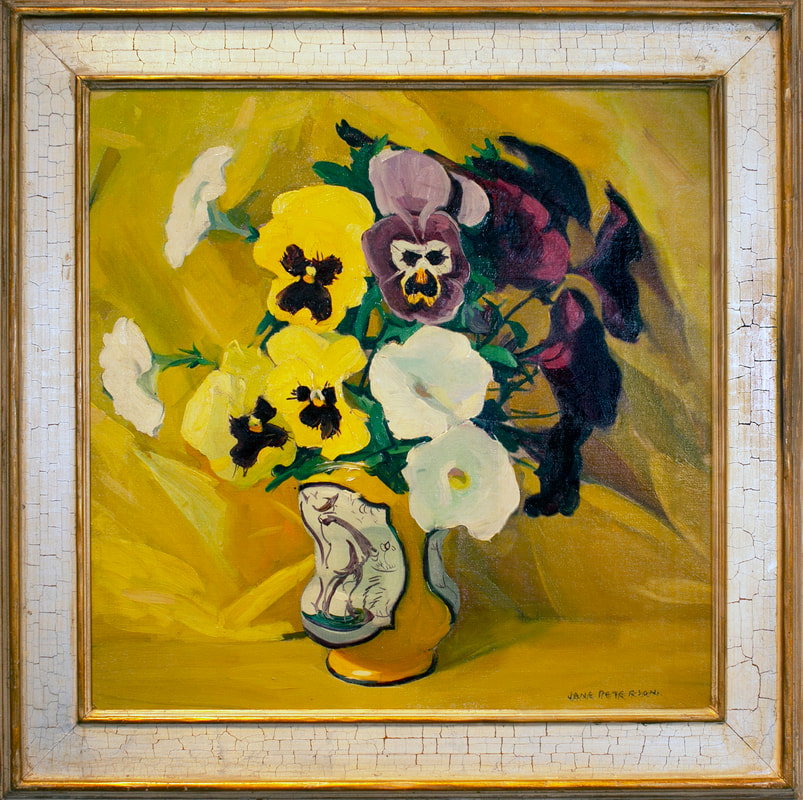