Edmond Petitjean, a French artist, was born July 5, 1844, in Vosges and died August 7, 1925, in Paris. He was a painter of landscapes and seascapes. Petitjean’s work first appeared in Paris, at the Salon of 1874 where he became a member of Salon of French Artists in 1883. At the Salon he was given an honorable mention in 1881, a first place medal in 1884 and a second place medal in 1885. He was the recipient of a silver medal in the 1889 Exposition Universelle, Chevalier of the Legion of Honor in 1892, a gold medal in the 1900 Exposition Universelle and finally awarded the highest honor, that of "Hors Concours," that is, no longer being required to compete for a place in the exhibition. He also exhibited his works in Munich in 1890.
Edmond Petitjean was made a Knight of the Legion of Honor in 1892. In the later part of his career, he painted multiple ports of the Atlantic. Works by Petitjean can be viewed in the following museums: Amiens, Arras, Cherbourg, Digne, Epinal, Gray, La Rochelle, Nancy, Paris, Perigueux, Reims, Toulouse, Musee d’Orsay: Une Rue a Liverdun, Le Port de La Rochelle par Gros Temps. 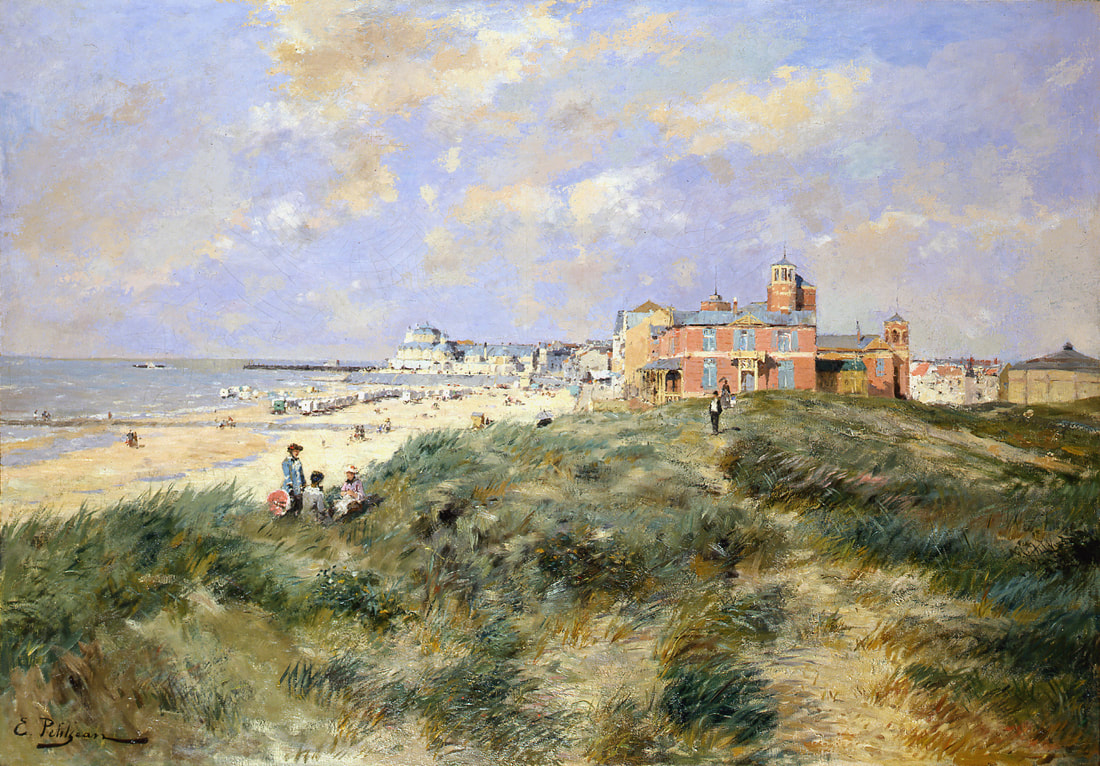