Born Ivan Albertovitch Puni, this artist later adopted his name to Jean Pougny.  He was born in Kuokkala in 1894 in the province of St. Petersburg now present day Finland.  Painter, book illustrator, graphic artist, theatre painter , designer of theatrical costumes, and author of several books on art, Pougny immersed himself in the full spectrum of artistic movements at the beginning of the twentieth century in Russia and France. Early in his career Pougny dabbled in Cubism, Fauvism, and Japanese art, while his studio became a gathering place for such fellow artists as Exter, Bourliouk, Gontcharova, Tatline and Malévitch. He became a figurehead of the Russian avant-garde school of painters and organized a Futurist exhibition with his fellow artist friends. However, in 1924 he moved to Paris and abandoned his cubo-futurism and supermatism style of painting that was so prevalent in his years in Russia. Instead Pougny began to paint landscapes, interior scenes, and scenes of Parisian life in the style of the Les Nabis, a rebellious avant-garde group of Post-  Impressionist painters in France whose subject matter was representational in style but heavily symbolist in essence. Pougny had now become firmly planted in the Parisian art scene just before World War II. His pictures had become distinctly figural at this juncture, although his works would take on a more Expressionist tone as new ways of painting coursed through post war Europe. 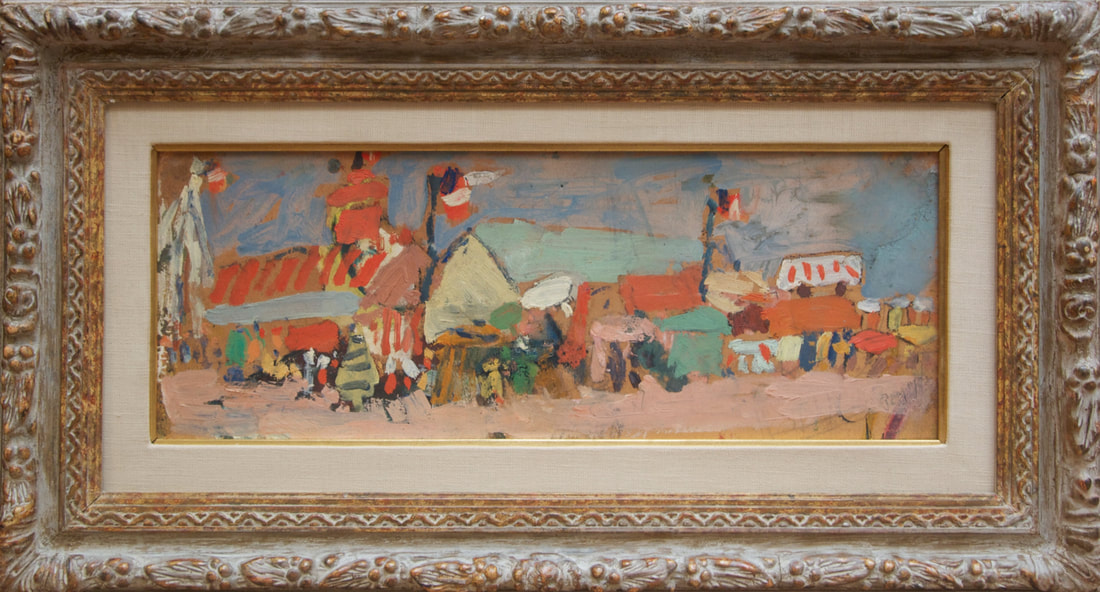