Born in 1903, Louis Schanker quit school as a teenager and joined the circus, worked in the wheat fields of the Great Plains, and rode the rails. In 1919, he went to New York and began studying art. He spent 1931 and 1932 in Paris and came back "something of a Cubist", becoming a muralist and graphic arts supervisor for the WPA and a founding member of The Ten, to which he was attached from start to finish.

Schanker was a radical among radicals. His "conglomerations of color-patches, among other things," wrote the sympathetic critic Emily Genauer in 1935, "are bound to alienate no small part of the gallery-going public." They did not alienate a small part of the New York art scene, however, and Schanker was invited to the Whitney Annual, even though he later protested against it as one of the "dissenters."

By 1937, however, even the hostile "New York Times" critic conceded that "Mr. Schanker" had "a touch of lyric feeling." And in 1938, a writer for "Art News" declared that "Louis Schanker's delightful "Street Scene From My Window" calls forth admiration for its delicacy of color and kaleidoscopic forms in plane geometry."

In 1989, summing up Schanker's career for a book on American abstraction, Virginia Mecklenburg wrote of "an animated expressionism that aims at a fundamental emotional structure."

Schanker was also a founder of the American Abstract Artists and participated in its first annual exhibition in 1937. But a decade later he wrote: "Though much of my work is generally classified as abstract, all of my work develops from natural forms. I have great respect for the forms of nature and an inherent need to express myself in relation to those forms."

Schanker taught for many years, first at the New School for Social Research and then, from 1949 until his retirement, at Bard College. He was one of the major printmakers of the 1930s. 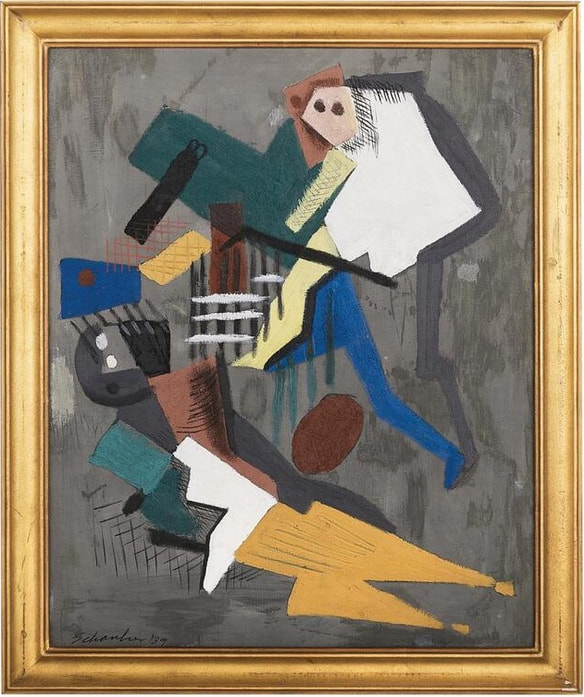