William A. Slaughter was born in San Antonio, Texas in 1923 and died in Dallas, Texas December 2003. His first call was to the ministry and after serving in the Air Force during WWII, he was ordained as a Lutheran pastor. This calling took him first to Lubbock, Texas, Mexico, and finally Dallas. It was during this ministry in Mexico that Mr. Slaughter began seriously to hear another call. His paintings were enormously popular with his parishioners, and before long he had to make a decision between painting and the ministry.

Slaughter began painting and exhibiting at local art and craft shows after moving to Dallas. He belonged to and exhibited with the Artists and Craftsmen's Association of Dallas.
​
Slaughter was mostly self-taught and combined innate ability and persistence to create many Texas landscapes, seemingly everyone's favorite subject, in realist style. He also painted wildlife, women and children and still lifes. 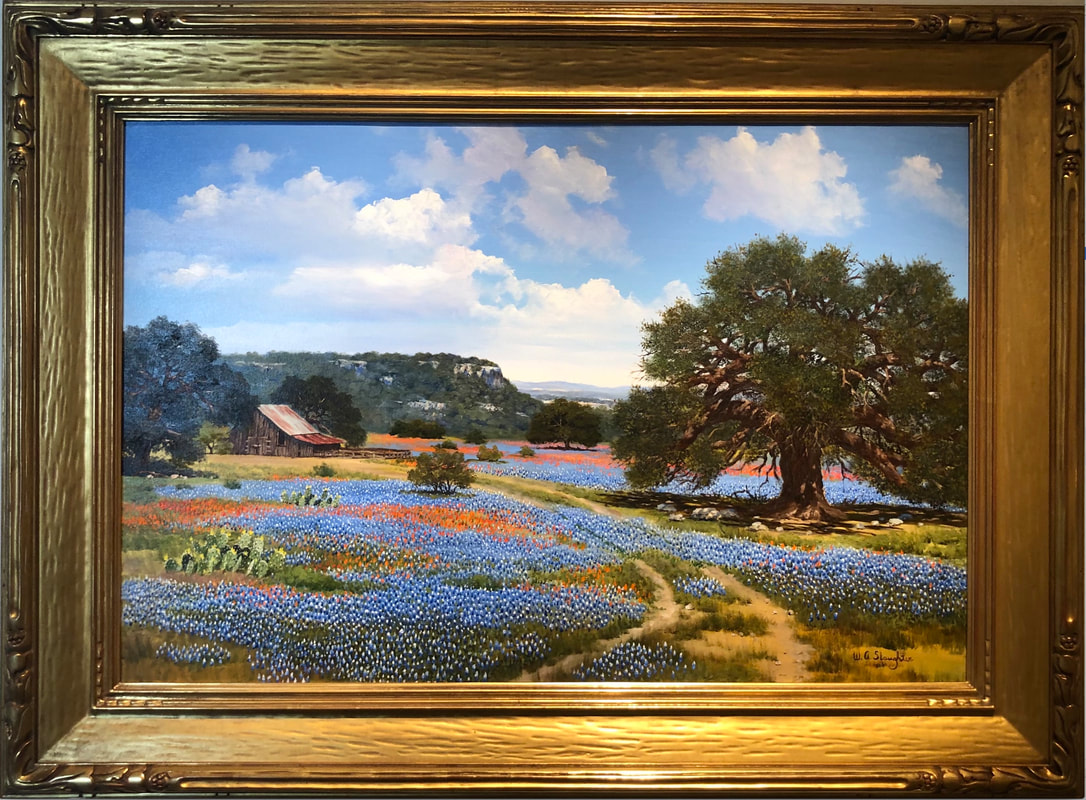 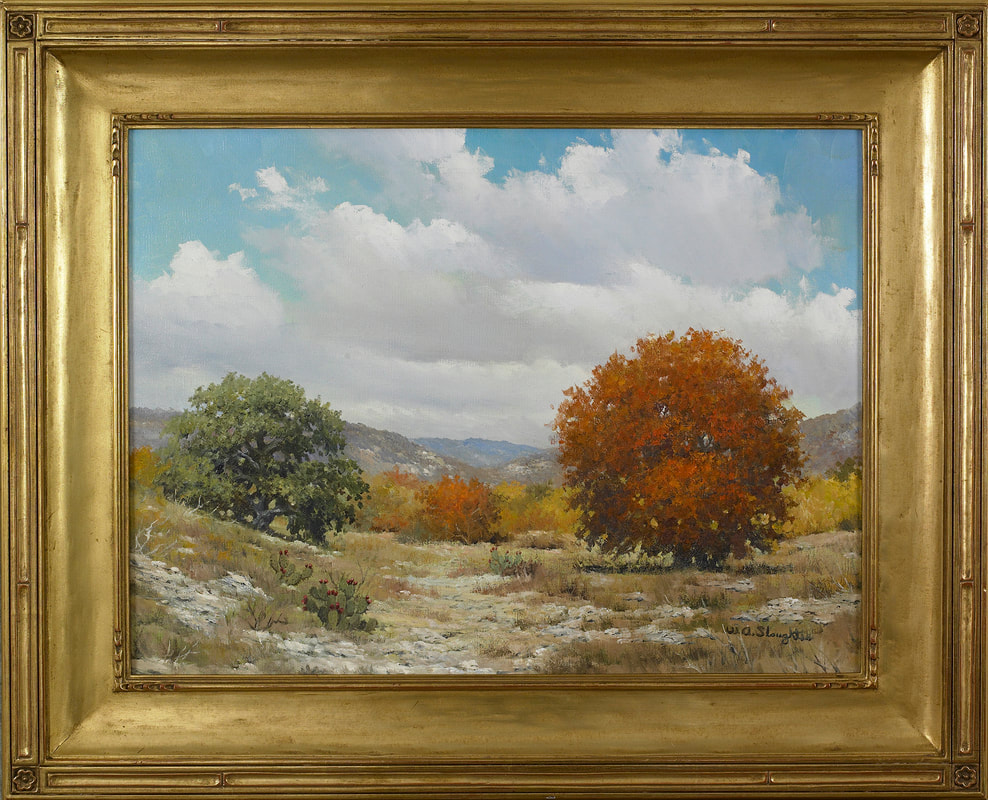 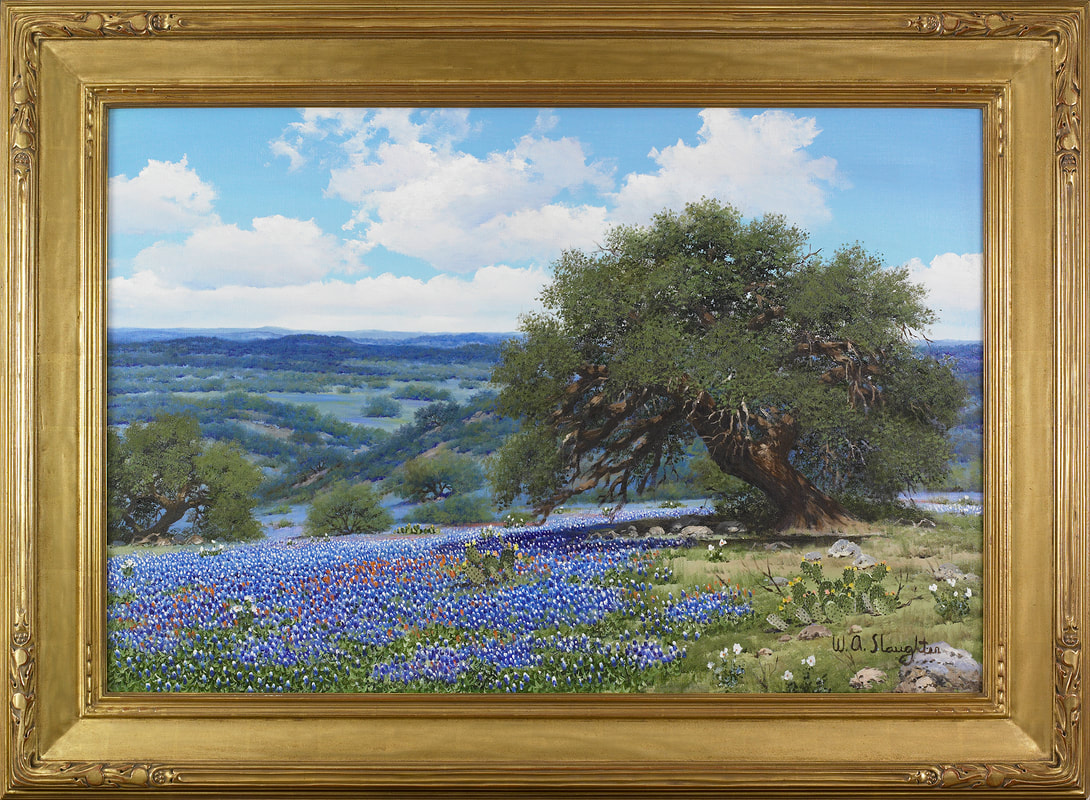