Esphyr Slobodkina is a celebrated abstract artist, writer, and illustrator. A founding member of the influential American Abstract Artists group in 1936, Slobodkina and her colleagues helped pave the way for the acceptance of abstract art in the United States. This group helped translate European modernism into an American paradigm.  Slobodkina published the children’s book “Caps for Sale” in 1940. In print for over 70 years, “Caps for Sale” remains a best-selling storybook.
During the period of social and political turmoil that followed the Russian Revolution, Esphyr Slobodkina fled with her family to Vladivostok, and then to Harbin, Manchuria. In 1928, she immigrated to New York and entered the National Academy of Design 1929. Although unenthusiastic about the curriculum, Slobodkina's visa required that she attend school, and she remained at the Academy until 1933. It was there that she met Ilya Bolotowsky, whom she married in 1933. This relationship was formative to the development of her style.
Through Bolotowsky, Slobodkina met Byron Browne, Gertrude and Balcomb Greene, Giorgio Cavallon, and others whose conversations roamed from discussions of the cost of canvas to the "latest capers in Picasso's procession of quickly changing styles."Slobodkina was a founding member of a group called the American Abstract Artists, established in 1936 to promote the emerging genre, which included artists like Josef Albers, Ad Reinhardt, Ilya Bolotowsky, Willem de Kooning, Jackson Pollock and David Smith. Slobodkina was also in the circle of The Avenue Cubists:” George L.K. Morris, Suzy Frelinghuysen, Charles Green Shaw, and A.E. Gallatin. In 1940, Gallatin, who owned two of her works, organized her first major one-person exhibition at his influential Gallery of Living Art.
Her paintings, sculptures and literary works are part of the collections of The Metropolitan Museum, The Smithsonian, The Philadelphia Museum of Art, The Heckscher Museum of Art, Hillwood Art Museum, The Whitney Museum, The Northeast Children’s Literature Collection, Thomas J. Dodd Research Center, University of Connecticut, The Corcoran Gallery, The Museum of Fine Arts, Boston; The de Grummond Children's Literature Collection, The University of Southern Mississippi, and The New York Public Library among others.
Before her death in 2002, Slobodkina redesigned her home as a mini-museum and reading room for children, a place where guests viewed more than 500 works of art for more than ten years. The charitable Slobodkina Foundation continues to preserve the legacy of Slobodkina’s prolific, multifaceted career. Slobodkina died at her home in Glen Head, N.Y. She was 93. 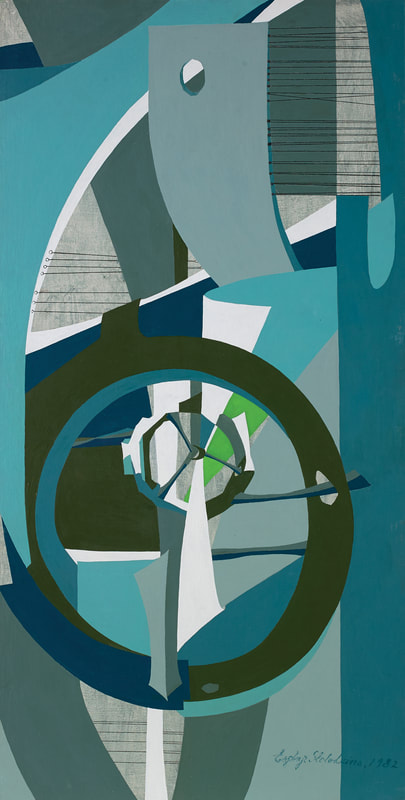