Hunt Slonem is undoubtedly one of the most renowned contemporary artists of the 21st century. Working as a painter of animals, portraits, and murals, as well as a sculptor and interior designer, Slonem has garnered widespread acclaim for his signature imagery and vibrant aesthetic. As poet and critic John Asbury observes, "Slonem summons dazzling explosions of the variable life around us that need only to be looked at in order to spring into being." During his collegiate years, Slonem attended the prestigious Skowhegan School of Painting and Sculpture in Maine, where he was exposed to influential artists from the New York area including Alex Katz, Alice Neel, Richard Estes, Jack Levine, Louise Nevelson and Al Held. He moved to New York in 1973, quickly ingratiating himself into the city's art scene and befriending the likes of Andy Warhol, Truman Capote, and Andy Warhol. To date, he has engaged in successful collaborations with designer Jason Wu and auto manufacturer Audi, and his work has appeared in movies including All the King's Men, Slaves of New York, The Namesake, Broken City, and Misconduct. He boasts an innumerable roster of solo exhibitions and epitomizes the definition of a modern celebrity artist.

Rabbits and birds figure as the two most prominent motifs in Slonem's visual vocabulary. He often repeats imagery in series, as he finds the act to be similar to spiritual meditation. Slonem believes that "repetition is very important" and begins each day painting, treating each moment as one of profound meditation. In the early 1980s, Slonem began working on his critically acclaimed series of "bunny paintings" after discovering that he was born in the Year of the Rabbit, according to the Chinese zodiac calendar. A trip to Nicaragua early on in his career had a lasting impact on the artist, and ever since he has invested much of his energy into rendering compositions of exotic animals in vivid color. He maintains personal aviary in which he keeps anywhere from 30 to 100 birds of various species, and is known to work with a bird on his shoulder. Slonem's monumental sculpture Tocos stands as an 18-foot acrylic and aluminum tower of toucans; birds also fill the surface of the artist's largest project to-date, a 6-foot by 86-foot mural painted for the iconic Bryant Park Grill in New York City. His devotion to image, craft, and process prompted Metropolitan Museum of Art curator Henry Geldzahler to declare, "Slonem is a painter, a painter's painter with an enormous bag of technical tricks which become apparent to the viewer the longer he stands before the work." His work is included in numerous prestigious private collections including those of Brooke Shields, Julianne Moore, Sharon Stone, Kate Hudson, and Jennifer Lopez. Out of his studio in Sunset Park, Brooklyn, he continues to produce work that is bright, cheeky, and perennially eye-catching. 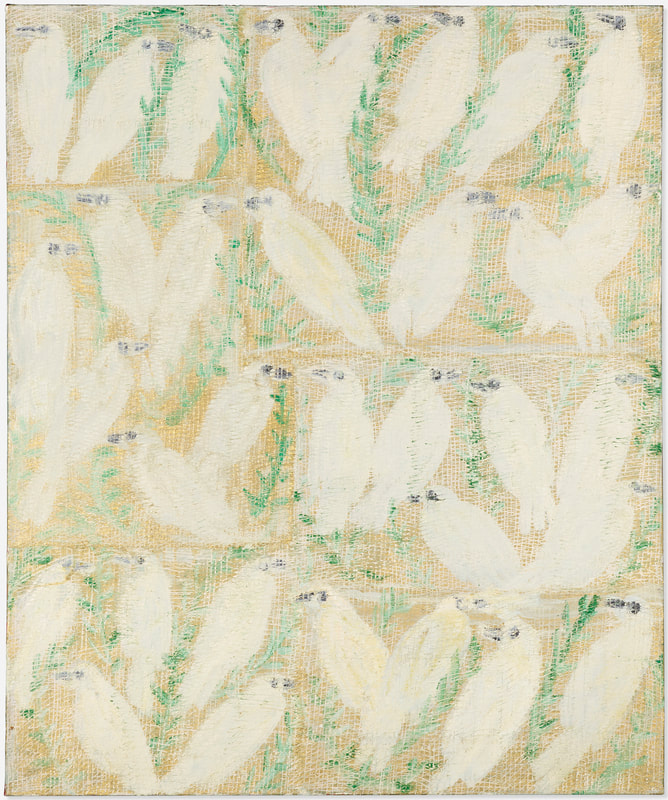 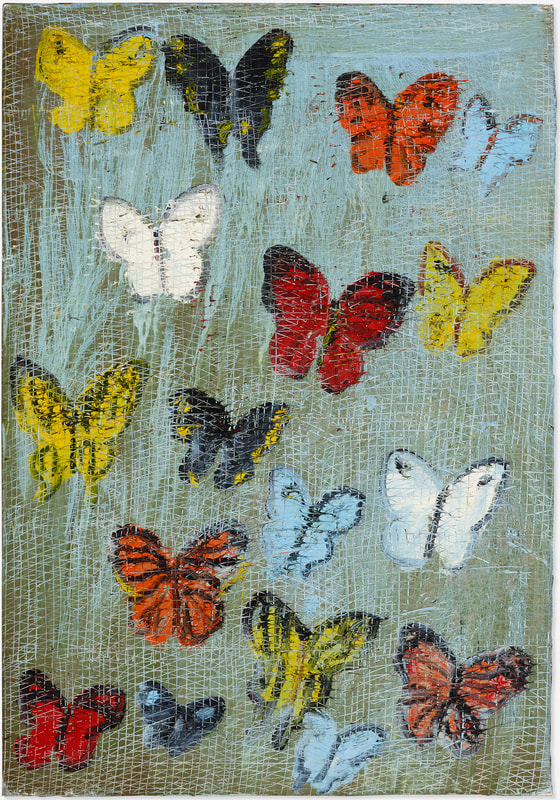 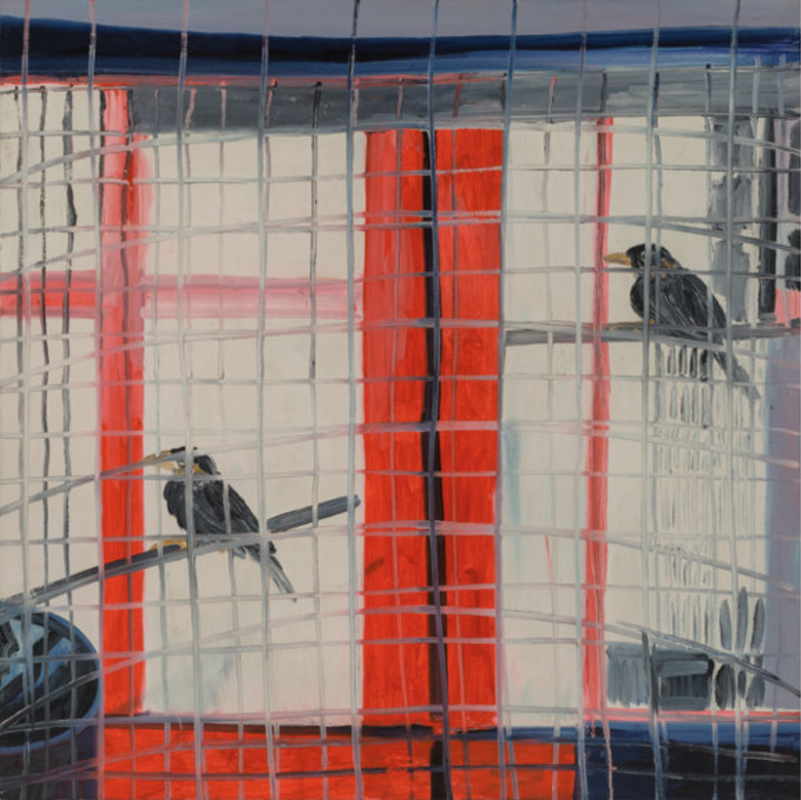 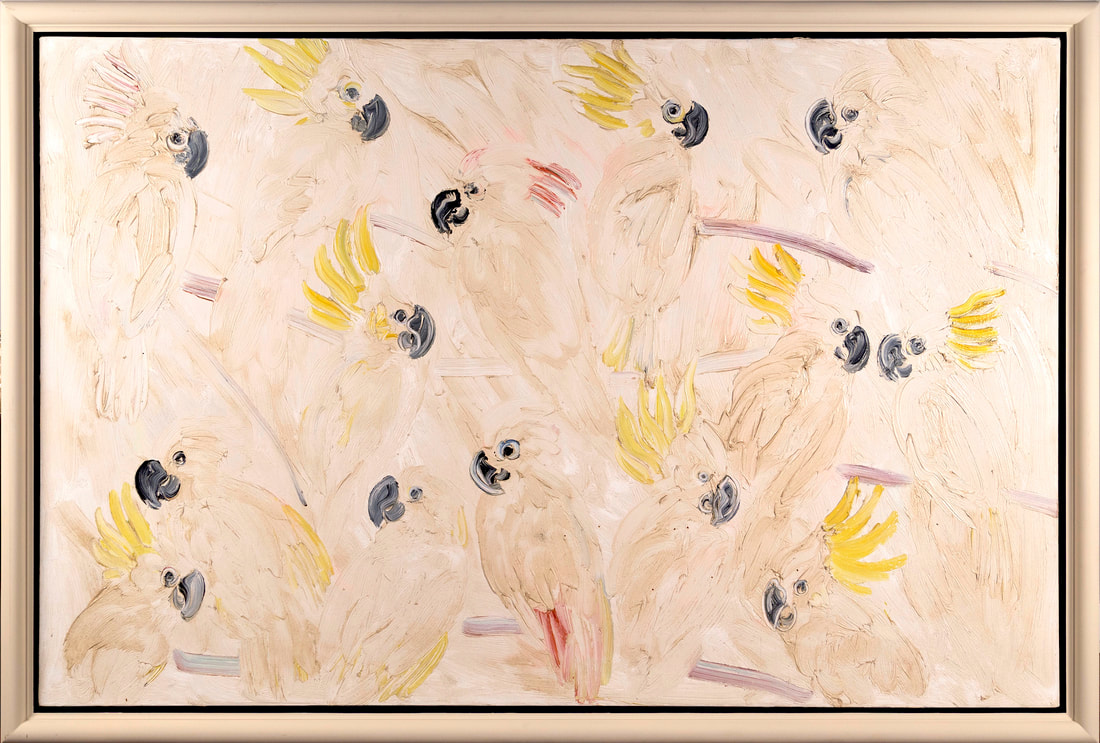