Valerie Jaudon, a post-minimalist, emerged in the mid-1970s as a notable artist in the Pattern and Decoration Movement. Together with Joyce Kozloff, Miriam Schapiro, and other artists associated with Pattern and Decoration, Jaudon challenged the long-held perception of decorative, or “feminine,” art as an inferior counterpart to abstraction as practiced by predominantly male artists.

Jaudon's paintings evoke the ornamental embellishments of folk and applied arts from many cultures, but are constructed from the traditional vocabulary of Western, non-referential abstraction. Her approach to abstraction reflects a fascination with systems and an interest using simple elements to create visual complexity.

She begins by generating decorative motifs from superimposed horizontal, vertical, diagonal, and circular grids. She extends these designs through various modes of repetition, altering the motifs until they cover her canvas. Working with a limited color palette, she paints close to the edges of her penciled outlines, leaving thin bands of raw canvas exposed between the colored forms.

The resulting images are systematic and strongly evocative of architecture, calligraphy, and hieroglyphs. Like visual puzzles, Jaudon’s abstraction invites the viewer to decipher the grammatical structure embedded in each work.

While Jaudon is best known as a painter, she also creates prints and has executed numerous public art projects, including murals and landscape designs of public gardens. She lives and works in New York. 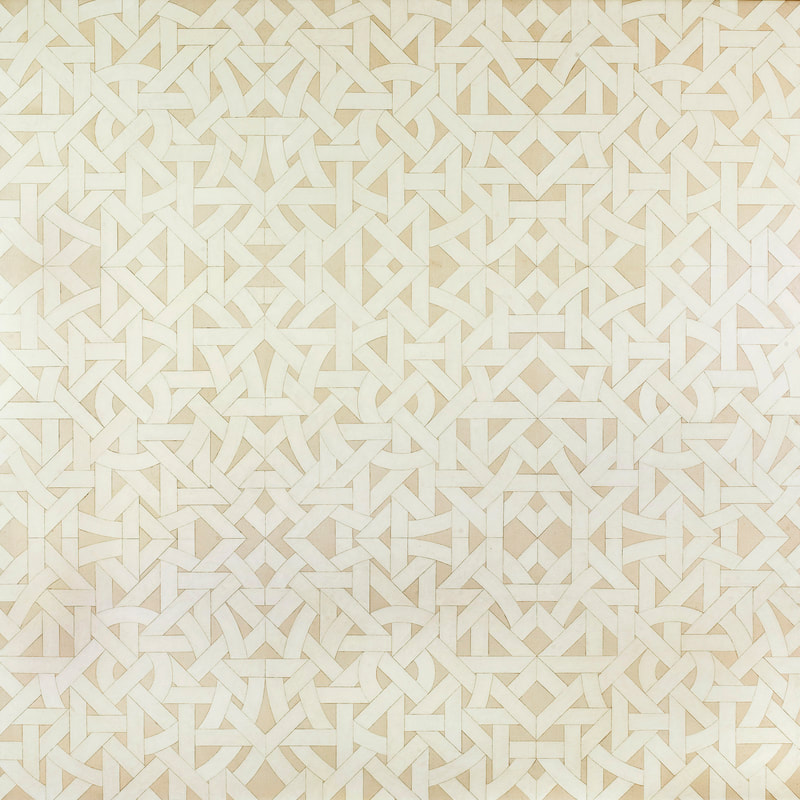