​Adam Van Doren’s watercolors are painted in the classical tradition of en plein air (outside), and recall the work of earlier masters in the medium, such as James McNeill Whistler, Edward Hopper and John Singer Sargent. In Terracotta Steps, Van Doren’s stylistic inspiration came from French Neo-impressionist painter Paul Signac though the composition and choice of subject are derived from his own love of architecture, a subject on which he has spent much of his career as an artist. Located in the heart of Central park at the midway point between the East side and the West side along the 72nd Street transverse, the Bethesda Terrace was designed to be the park’s most prominent location for the display of art and architecture in contrast to the less formal design of the rest of the park.

Van Doren trained first at Columbia University and the National Academy of Design, and continued with his position as visiting artist at the American Academy in Rome. His artwork is included in the permanent collections of the Art Institute of Chicago; The Wadsworth Atheneum; The Museum of Fine Arts, Boston; The Yale University Art Gallery, The Beinecke Rare Book and Manuscript Library, The New Britain Museum of American Art, The Addison Gallery, The Princeton University Art Museum; and The Museum of Fine Arts, Houston. His work has been exhibited at the National Portrait Gallery in Washington D.C., among other institutions. Van Doren teaches at Yale University where he is an Associate Fellow. Van Doren maintains a studio in New York City. 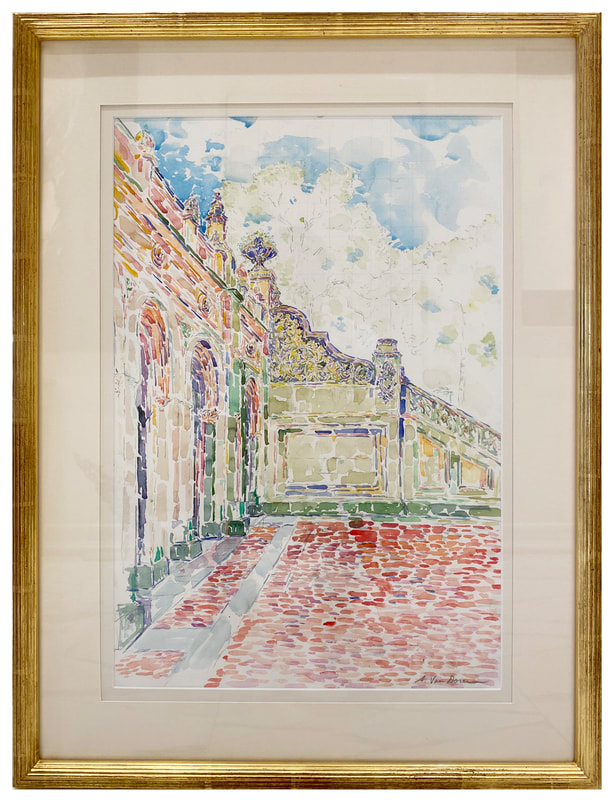