Eugene von Blaas (also known as Eugene de Blaas) was born July 24, 1843 at Albano, near Rome, to Austrian parents. His career was enriched by a talented and artistic family.  His father, Karl (1815-1894), was one of the most notable portrait painters of Roman society, a successful history, portrait and fresco painter of the late Biedermeier period.  He became teacher to Eugene and his brother Julius (b.1845), an artist in his own right.

It was in Venice that Eugene von Blaas established himself as the leading painter of Venetian genre.  Venice had been an essential stop on the Grand Tour since the early eighteenth century.  The affluent Venetian visitor wanted human interest, a sense of life by the canals and campos of the city, and as a result, a school of artists developed to supply this market.  Native Italian artists like Antonio Paolettu, Antonio Rotta and von Blaas, depicted the lives of fisher folk, gondoliers and Venetian beauties.

Between 1875 and 1891 von Blaas exhibited twelve works at the Royal Academy in London.  By 1885 the London art dealer Arthur Tooth & Son represented von Blaas for a short time before he moved to the rival dealer T. MacLean in 1886.

Works by Eugene von Blaas can be found in many public and private collections throughout the world, most notably in institutions in Melbourne, Sydney, Vienna, Leicester, Nottingham, Sheffield, and the Art Gallery of New South Wales. 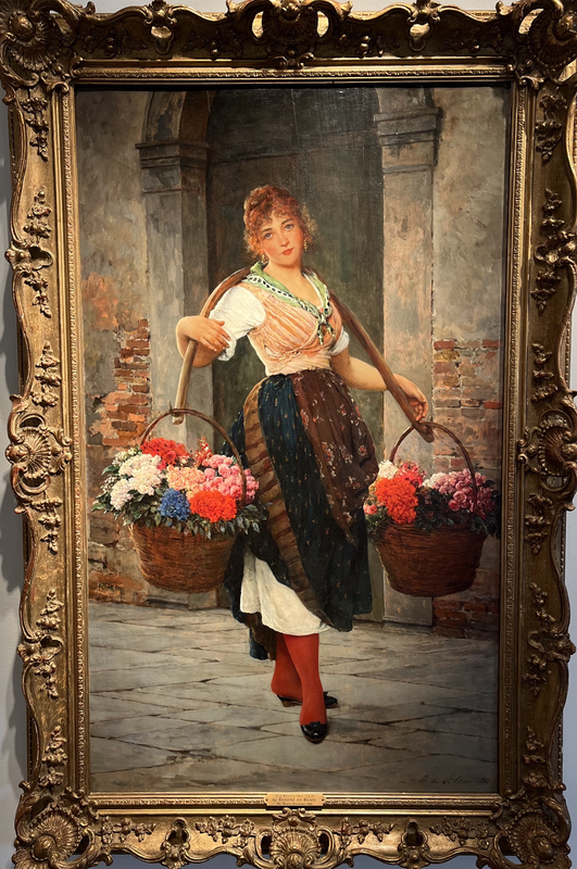