John von Wicht was highly trained in fine and applied arts in his native Germany before he immigrated to the United States in 1923. When he was seventeen he apprenticed in a painting and decorating shop, and spent his spare time drawing from nature. He began painting in oil about 1908, and soon thereafter sold his first canvas. Encouraged that her son would have a future as an artist, von Wicht's mother sent him to the advanced private school of the Grand Duke of Hesse.  Von Wicht subsequently studied printing methods at the Royal School for Fine and Applied Arts in Berlin, but skipped class frequently to visit exhibitions of the newest painting—Van Gogh, Cézanne, Munch, Gauguin, Kandinsky, and Franz Marc.

Wounded and partially paralyzed in the trenches during World War I, von Wicht spent several years recovering, doing book design and illustration work, and looking at art. It was during this recuperation that he discovered Mondrian and Malevich. In 1923, with inflation devastating the German economy, he immigrated to the United States. In New York he learned to use symbols rather than naturalistic motifs, and explored both geometry and dense color in abstract paintings and in murals for radio station WNYC and the New York World's Fair.

Von Wicht had his first solo show of mural designs at the Architect's Building in 1936. It was followed, in 1939, by an exhibition of his paintings at Theodor A. Kohn Gallery. The following year he exhibited at the Whitney Museum of American Art. This exposure cemented von Wicht's reputation as an abstract painter. Throughout the 1940s, 1950s, and 1960s, he exhibited frequently in solo and group exhibitions in New York and around the country. He was invited to join the American Abstract Artists and the Federation of Modern Painters and Sculptors.

During World War II, von Wicht served as captain of a supply barge ferrying food to army transport ships in New York harbor.  After the war, harbor themes began to appear in his abstractions, and during the 1950s his sensuously colored geometric abstractions gave way to loose, expressionistic forms. In 1954 von Wicht received the first of twelve annual residencies at the MacDowell Colony in New Hampshire. In his exhibition at Passedoit Gallery that year, he exhibited paintings with nautical motifs using the Cubist device of interlocking and overlapping planes.  Von Wicht also began relating his work to music created by the composers he had met at MacDowell. His new work was well received during this time for its expanded sense of space, brilliant color, and vigorous paint surfaces.  By the time he died in 1970, von Wicht had received international acclaim. 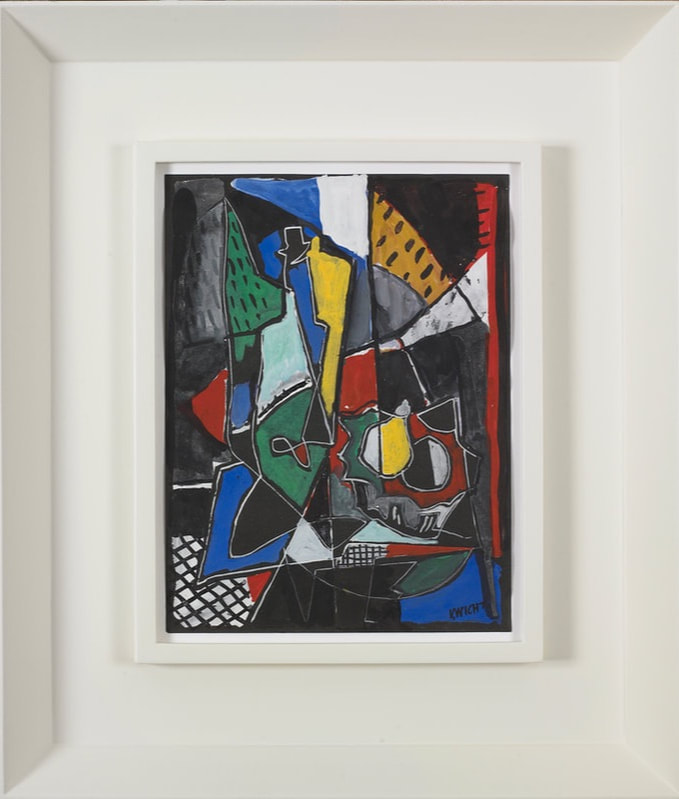