After completing his public school education in Brooklyn, Carleton Wiggins worked as a law clerk in New York City from 1863 to 1865. After 1865 he studied painting with Johann Hermann Carmiencke in Brooklyn, drawing at the National Academy of Design, and later painting landscapes with George Inness in Eagleswood, New Jersey. He first exhibited at the National Academy in 1870. In 1881 he went to Europe to paint from nature and to study art in the public galleries: he also exhibited that year at the Paris Salon. For many years Wiggins maintained a studio in New York, but spent his summers after 1902 in Old Lyme, Connecticut, where he moved permanently in 1915. He was active in many leading art organizations, including the Lyme Art Association, the American Water Color Society, the Lotos Club, and the Salmagundi Club (of which he was president in 1911 and 1912). One of his two sons, Guy Wiggins, was also a well-known landscape painter.

In 1894, the same year that his illustrious teacher George Inness died, Wiggins won a gold medal at the Paris Salon, and for a dozen years or so thereafter, his blissful scenes of cattle and sheep brought top prices from American collectors. 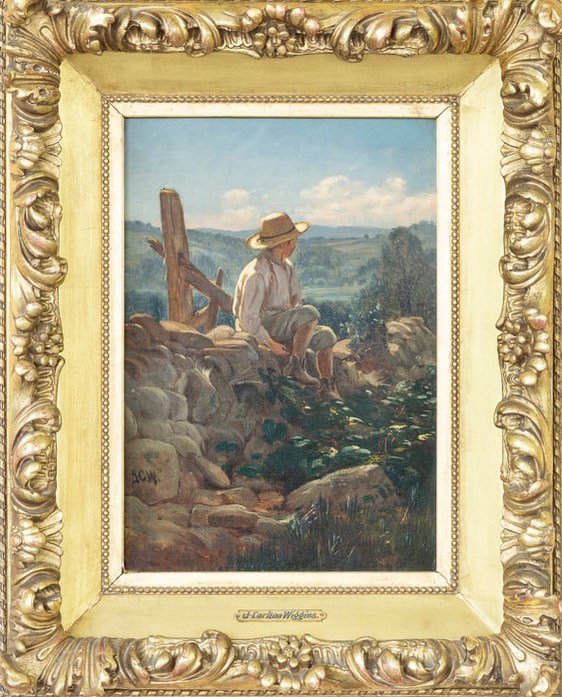