One day in 1952 at the Cedar Tavern, the bar made famous by the abstract expressionists who frequented it, Wilson was approached to be a co-founder of the legendary Hansa Gallery, an artists’ cooperative that was first on East 12th Street and later moved to Central Park South. Among the other original members were Jan Müller, Richard Stankiewicz, Wolf Kahn, Allan Kaprow, and Felix Pasilis.
In all, Wilson had three solo shows at Hansa, in 1953, 1955, and 1957. She also participated in important group shows during these years, such as one in late 1952 at Tanager Gallery, another of the most active artists’ cooperatives, and in three annual exhibitions from 1953 to 1955 at the Stable Gallery on West 58th Street. In the mid-1950s, the Stable Annuals were major events that featured the work of both well-known and emerging artists, from Jackson Pollock and Willem de Kooning to Robert Rauschenberg and Helen Frankenthaler.
At that time, Wilson was working in an abstract expressionist mode, creating work that resonated with the energy of the moment. Later in the decade, she shifted to expressionist landscapes. Among the many artists whom she met at the time, Fairfield Porter, older and more established, became especially important to her, as his commitment to modernist representational painting supported her return to landscape painting
Wilson’s career as an artist began to take off in the early 1960s. The Museum of Modern Art acquired a large landscape, The Open Scene, in 1960, and Andy Warhol commissioned her to paint his portrait, Andy and Lilacs, which he subsequently donated to the Whitney Museum of American Art. That year she also joined Tibor de Nagy Gallery, which represented several of her friends and other, mainly young painters, including Frankenthaler, Porter, Larry Rivers, Grace Hartigan, Jane Freilicher, and Nell Blaine.
In the early 1980s, Wilson returned to painting landscapes, and developed the distinctive approach for which she is best-known today – luminous works that hover between abstraction and representation, inspired by the sky, sea, and land around Water Mill. In 1999, she joined DC Moore Gallery, where she has had seven solo exhibitions in the past fifteen years.
In addition to painting, Wilson has also been a visiting professor at colleges and universities across the country, including thirteen years at the Columbia University School of Art, where she was Acting Chair from 1986-88. She has work in many museum collections, including those of the Museum of Modern Art, Metropolitan Museum of Art, Whitney Museum of American Art, Hirshhorn Museum and Sculpture Garden, Art Institute of Chicago, and San Francisco Museum of Modern Art. 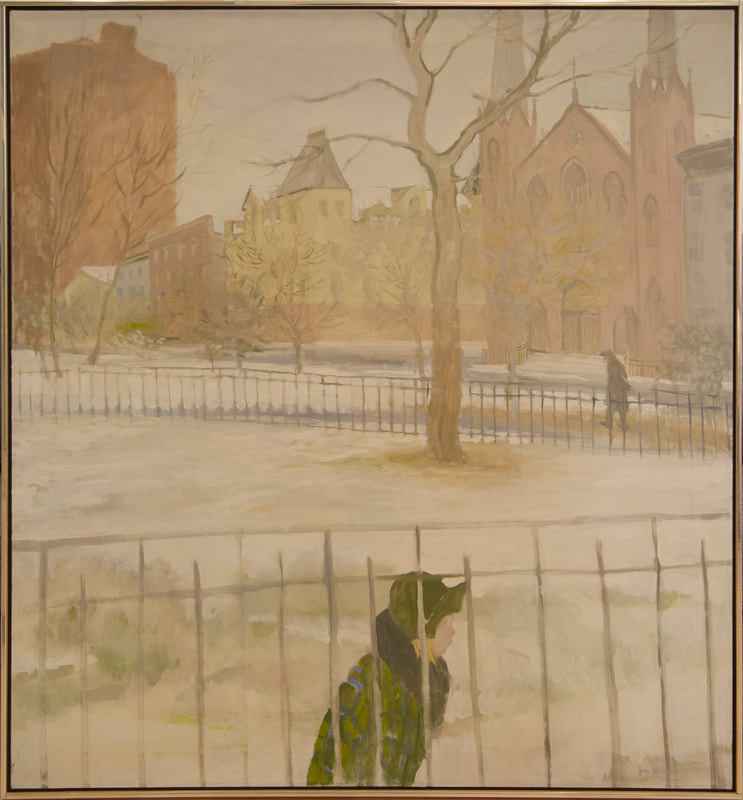