Best known for his boldly colored abstract oil and acrylic canvases with jagged forms in sometimes dense compositions Emerson Woelffer was active in this style until his later years when macular degeneration made working in color difficult. Woelffer played jazz drums and in his work, this spirit of jazz improvisation influences his use of Surrealist automatism, a method of art making in which the artist suppresses conscious control over the making process.  Exploring the boundaries of intention under these dual practices, Woelffer improvises symbols on canvas. His forms are simple, but his vibrant color combinations are complex and visually original.  Woelffer once said, “I paint first and think afterwards.” It is in his automatic paintings that he manifests this concept completely.

Woelffer is known for his distinctive aesthetic, combining vivid color and boldly-delineated abstract forms against flat, solid backgrounds, which he honed during the post-war era, after his studies in Education at The School of the Art Institute of Chicago from 1935–1937 and his time at the WPA Arts Program in 1938.

At the recommendation of Buckminster Fuller, Woelffer and his wife taught in the summer of 1949 at Black Mountain College in North Carolina. The work of its faculty and students revolutionized the arts and sciences scenes in the second half of the twentieth century.  Among its best-known associates were Josef and Anni Albers, John Cage, Merce Cunningham, Robert Rauschenberg, Buckminster Fuller, Willem de Kooning, Cy Twombly, Robert Motherwell, Franz Kline and Jacob Lawrence.

Woelffer was associated with some of the leading artists of his time befriending Robert Motherwell during a residency at the Colorado Springs Fine Arts Center in 1954, where they bonded over a shared interest in jazz, avant-garde literature and African art. His unique style, which was equal parts expressive and analytical, was always closely connected to his immediate surroundings; his paintings began employing a brighter palette on his move to California and were also informed by his travels in Mexico and Italy, where he developed his use of single, vigorous brushstrokes. He experimented with form throughout his career, incorporating everyday materials like paper and glue into a series of abstract collages in the 1970s and 1980s.

He received a Tamarind Lithography Workshop Fellowship through the Ford Foundation (1961), a Guggenheim Fellowship (1967-68), a National Endowment for the Arts grant (1974). In 1970, he was artist-in-residence at the Honolulu Museum of Art. He received the Pollock-Krasner Grant in 1984 and the Francis J. Greenburger Award, in conjunction with Solomon R. Guggenheim Museum of New York City in 1988. In 1991 he received an Honorary Doctorate Degree from Otis College of Art and Design in Los Angeles. He felt such a strong attachment to Otis that he left his estate to the college to set up a scholarship fund to benefit future artists. 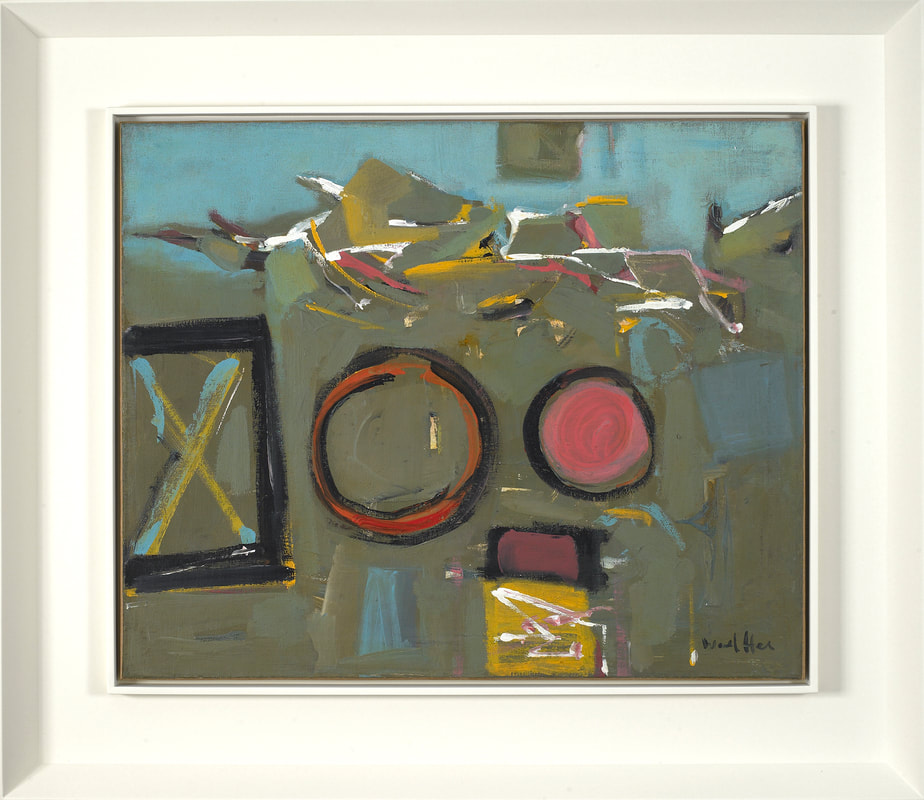