WOLF KAHN
German/American, b. 1927
​
Known to balance his color palette with unmatched finesse, Wolf Kahn creates landscape paintings that have a luminosity unsurpassed by other artists. His well-balanced colorist technique of depicting landscapes has made him one of the most influential American artists of our generation. Kahn has formulated a unique way in which he employs simplified geometric designs while carefully contrasting numerous colors and tones.  With studios in both New York and Vermont, Kahn is able to draw his artistic inspiration directly from scenes in nature.

A native of Stuttgart, Germany, Wolf Kahn attended the Hans Hofmann School of Fine Arts in New York City.  It was here that he and a group of young artists, under the direction of Hans Hofmann, forged a style that was both representational and Abstract Expressionistic. Hans Hofmann's didactic artistic theories proved to be one of the most significant influences upon Kahn's work. In his own words,

"We who studied with Hofmann felt ourselves to be the bearers of a more profound message, one better suited to give content and weight to the calling of 'artist.' We felt we were learning the essence of modernism, art stripped of everything extraneous.  What remained was its esthetic/philosophical foundation, its raison d'être."

These progressive artists included Nell Blaine, Jane Freilicher, Allan Kaprow, Jan Muller, and Larry Rivers. They adopted Abstract Expressionistic spontaneity with the idea that the finished piece was an accumulated history of a process, a visual representation of energetic action and reaction. His influences and inspiration can be found in the works of such European artists as Braque, Bonnard, Soutine, and Van Gogh.  Kahn embraced the ideas of the Old Masters as well as those of Impressionism, Expressionism, and Post-Impressionism. 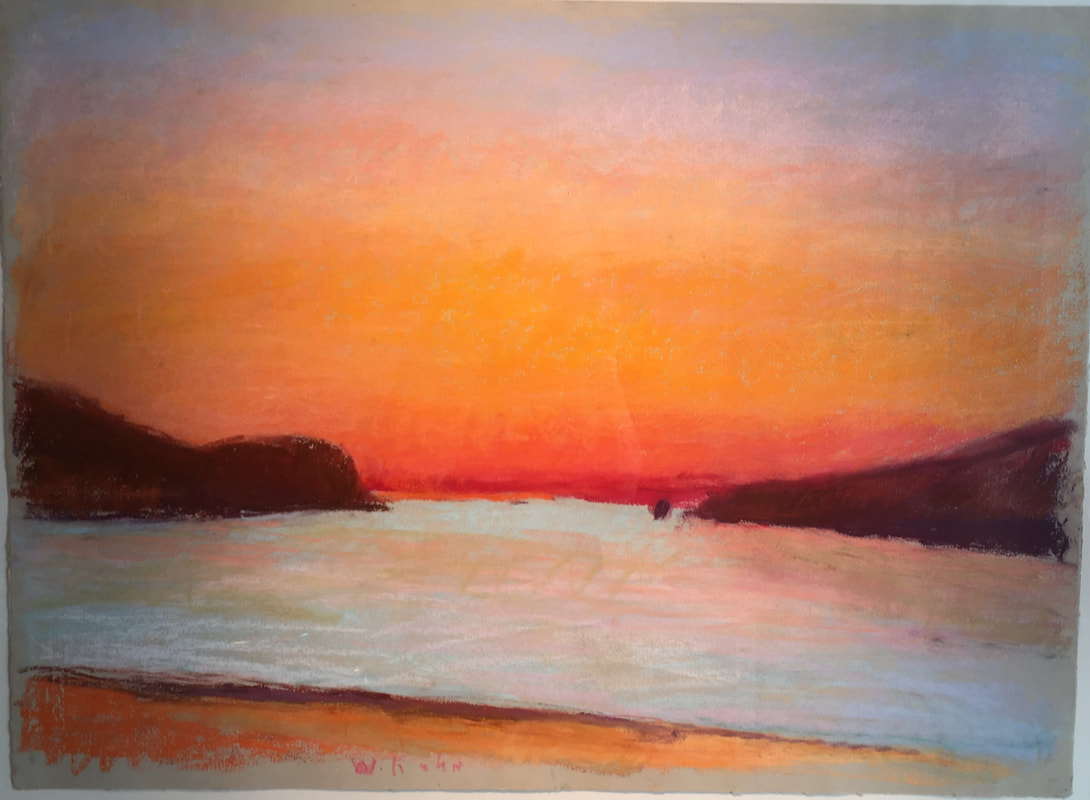 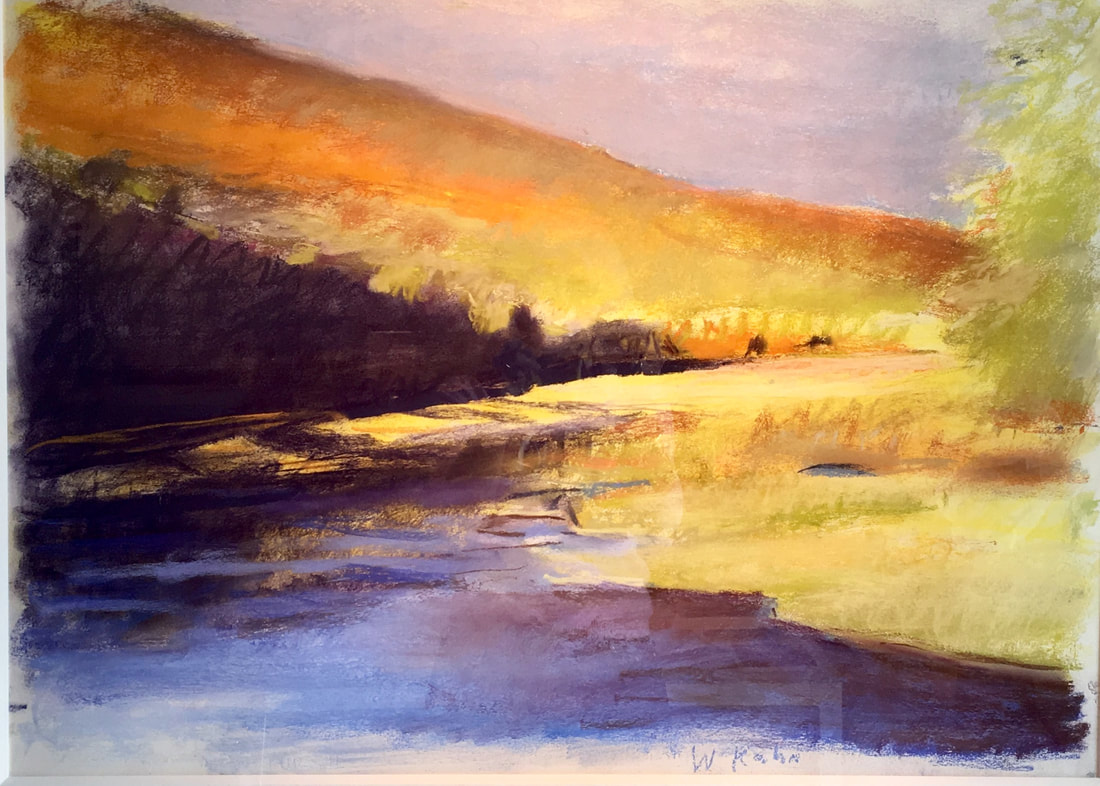 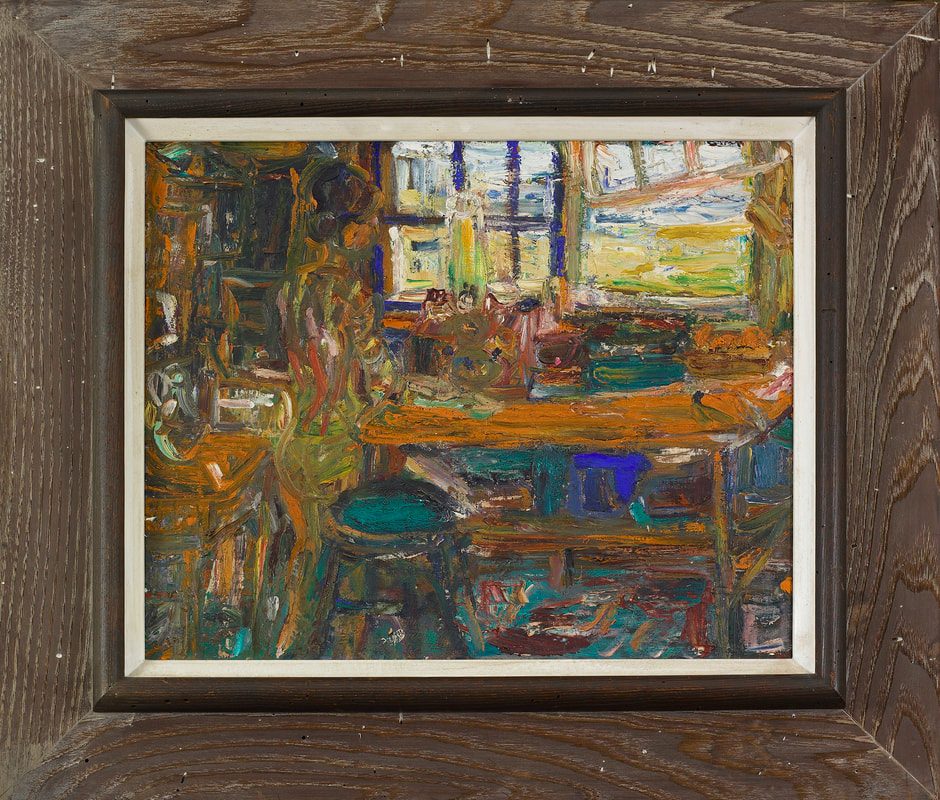 Interior with Woman at Table, oil on canvas, 15 x 18 inches 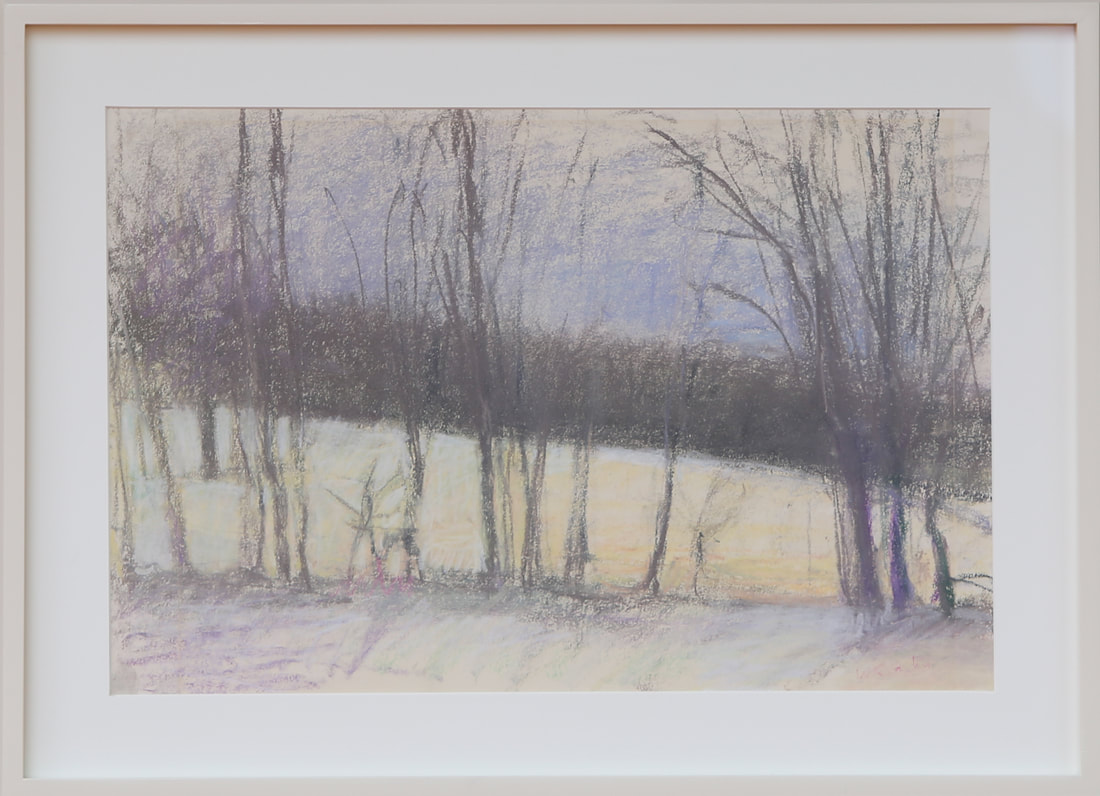 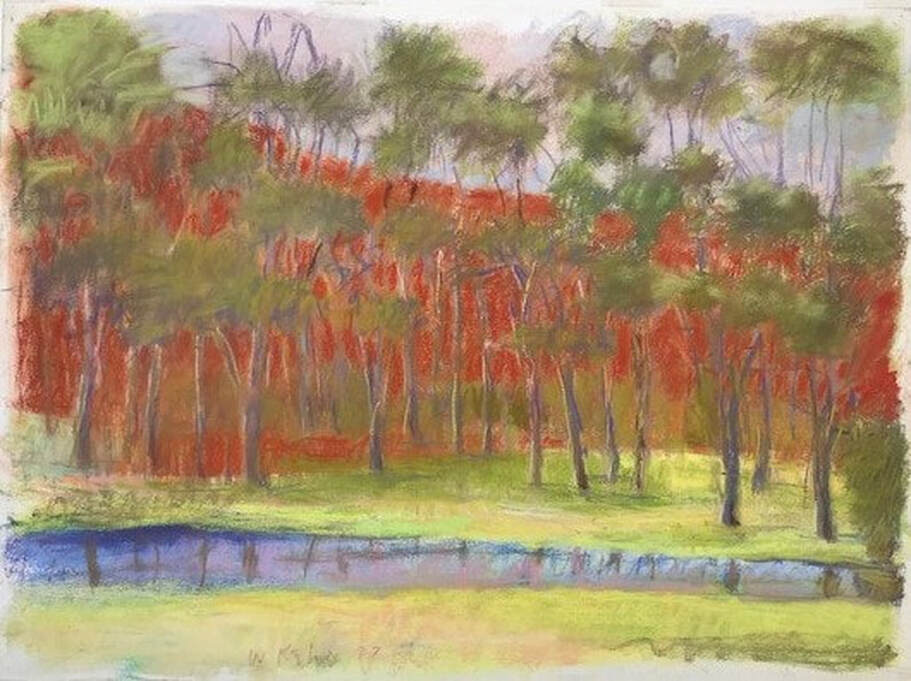