Born in Des Moines in 1937, Larry Zox was a painter whose exuberant geometric abstractions made a strong contribution to the Color Field movement of the 1960s and '70s. Larry studied art with George Grosz among other teachers. The American Lyrical Abstraction movement, which evolved out of the Color Field paintings of Hans Hofmann, Morris Louis, and Kenneth Noland, also included the artists Larry Poons, Pat Lipsky, and John Hoyland, among others.

Zox’s works from the early 1960s utilized painted pieces of paper collaged onto pieces of plywood making dynamic geometric shapes. From this body of work, Zox developed the foundation for his future paintings by essentially replicating the collaged quality of his earlier work using painted boundaries to create the effect of overlapping space in a hard edge style. In New York in the '60s and '70s, he worked from a studio on 20th Street where artists, jazz musicians, bikers and boxers were welcome.

ln 1973 the Whitney Museum of American Art recognized his importance in the field by organizing a solo show of his work. The next year he was represented in the inaugural exhibition of the Hirshhorn Museum and Sculpture Garden in Washington, which owns 14 of his works. In the ‘70s and ‘80s, Zox’s art was equated with that of Frank Stella and Kenneth Noland. He exhibited at galleries around the country and taught or served as guest artist at several schools, among them Yale and Syracuse University. 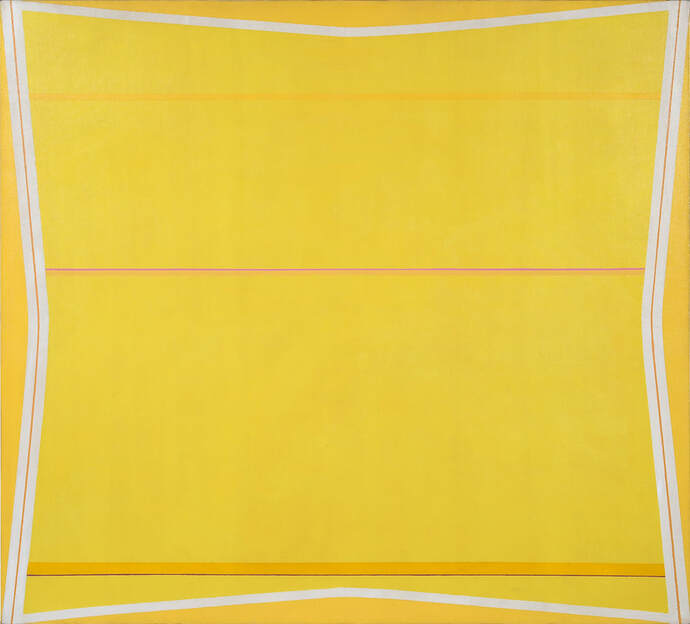